She had become familiar with the gallery's nooks and crannies and had also been host to the odd person with a history of the building. The two fireplaces along the long wall of the gallery interested her, as did the flat white walls behind them.

Ros installed two spectacular electric coal fires (magicoals), one on each concrete pad. The connection between the empty sites and transient nature of the space as Enjoy, and the temporary, removable fake-fire replicas was ‘the point'. The windows were nailed shut, capturing the fire-produced heat and giving the work a sensory dimension.

Ros was the final artist to show in the #3 series. 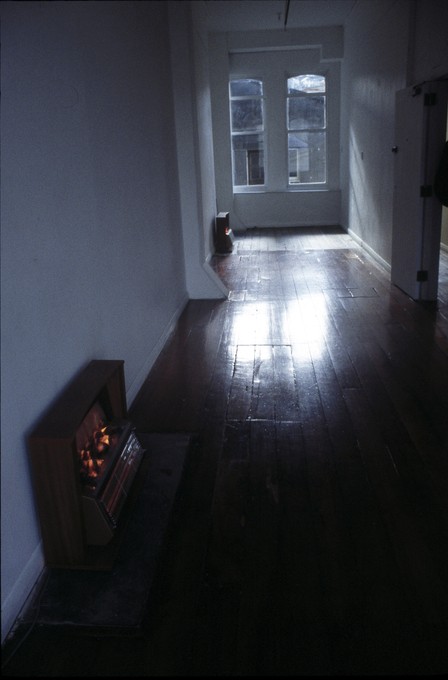