The weather is particularly awful today, and this moves me to suggest a film. Adam Luxton, who just arrived back from Berlin, has a film showing tonight in the Festival. The gallery Hopkinson Cundy features in a few scenes, and the film uses my "dire and damp concrete jungle" (thank you Paula Booker for that great quote!) of a hometown, AK City, for its backdrop. There are also some great cameos from local artists and musicians. 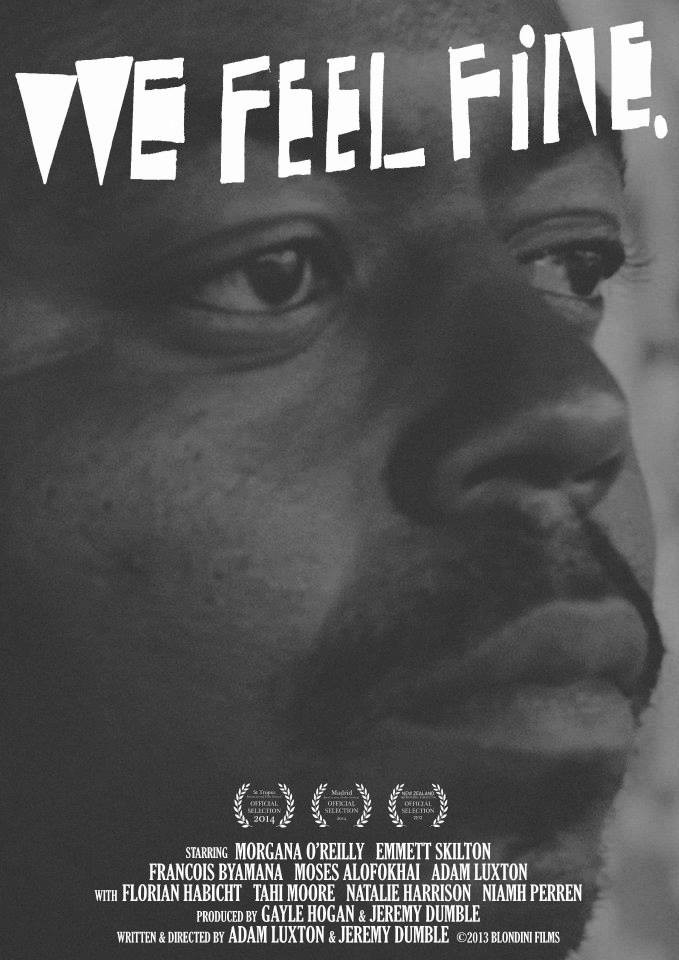 Jeremy Dumble and Adam Luxton’s micro-budget, made-on-the-dash art movie tracks random sets of Auckland characters linked by a bizarre video project. Frank, a Rwandan taxi driver stunned by the disappearance of his wife, sees nothing else to do but carry on driving. Meanwhile, Moses, his solemn 14-year old son, is obsessively creating an artwork that entails a lot of time in the bathroom. A group of disenchanted young bohemians greet the Moses video with sheepish admiration: they’re up to their necks in environmental crap and psychic shit and here’s some school kid who gets it. Luxton counts himself among them, performing the role of alpha bohemian George in whom worldly exasperation still carries a spark of high expectancy. An eye-popping cameo from Florian Habicht exemplifies the film’s rude energy and sly disengagement from the mainstream. And its picture of the Auckland CBD as an aggregation of inane giant billboards is a hard one to shake.