At 6pm on the 17th of September, 2014, The Adam Art Gallery hosted a one off open forum and performance by Rachel Shearer called ‘Feminist Sound Waves’. The event was part of the recent Adam Art Gallery exhibition, ‘What is a Life’ by Kim Pieters. 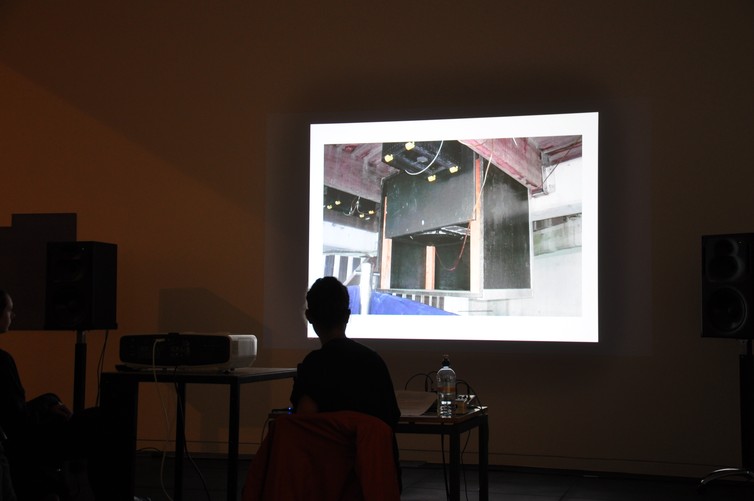 I thought Shearer’s topic was interesting because as a graduate of the NZSM, I noticed female students of electro acoustic music to be disproportionately low to male students, especially as the course progressed.

The open forum began with series of contemporary quotes, including one by Lana Del Ray, who said: “Feminism just isn’t an interesting concept”. Shearer moved on to describe the four waves of feminism in modern culture and how it has progressed to where we are today. She took the audience through her history as a musician, mentioning her New Zealand feminist influences like 25 cents, Marie & the Atom, and Jay Clarkson, and how Punk music allowed women the freedom to express themselves artistically. Shearer emphasised that she chose her influences because they were good musicians and not just because they were feminists. 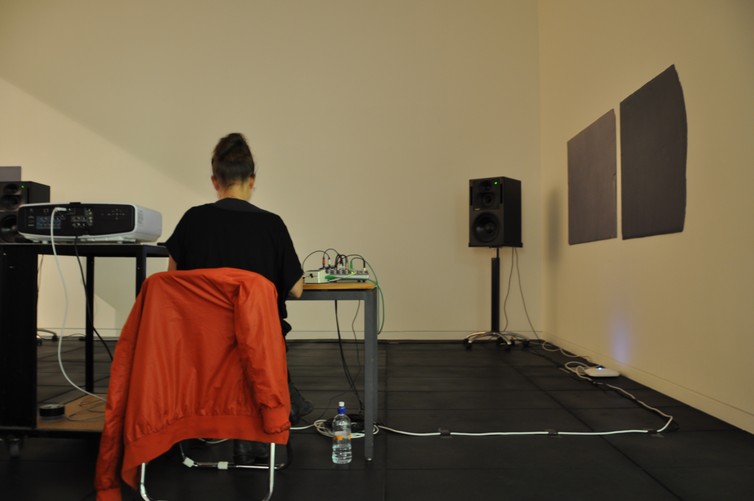 Shearer talked about how she played in ‘Riot Girl’/’Cunt Rock’ style bands like Queen Meanie Puss before she moved to Germany and taught sound engineering. Engineering let her discover the sculptural qualities of sound, resulting in the project, Lovely Midget (which was released on Thurston Moore’s Ecstatic Peace label in 1997). Her latest stage in development has been the creation of public sound installations, such as the 9 Channel, 8 Speaker work called ‘Flooded Mirror in 2011.

Shearer ended the talk by asking: “would she be more famous if she was a man?” and mentioned that although feminism helped her form an identity early on, she has come to the conclusion that she is an artist first and a woman second. 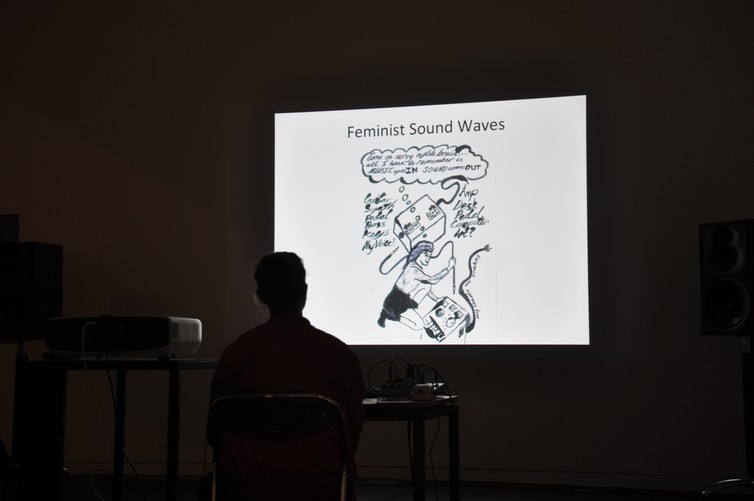 The most interesting part of the event began when the forum was opened up to the audience. I noticed that the men who contributed to the discussion mostly admitted to being inherently sexist towards women in the sound art/experimental scene by positively discriminating them i.e. actively looking for women to join them because they’re female rather than being particularly good at what they do. Some of the female led discussion came from artists working in the experimental sound scene and how they have had to contemplate ways to express their feminism/gender through their work. Considering the current political climate in New Zealand of relative gender equality, I don’t think people need to overly concern themselves with egocentric concepts of identity/gender, especially in the arts.

Looking at Holly Ingleton’s 2005 essay, Making Spaces: Feminists Contexts in Sonic Arts, Ingleton makes the point that although composition classes are open to anybody today (composition classes were closed to women until the late 19th century), there still remains a stereotypical gendered behaviour amongst children that boys are ‘in control of their environment’ and ‘independent’ while girls are ‘fixated on their appearance” and “gentle”. Ingleton also says that there is a stereotype of woman/nature and man/machine, making the point that women aren’t inherently associated with the tools of experimental music.

However quantifiable these ideas are, I find it difficult to comprehend why these prejudices even exist in music since arts are not relatively masculine areas of expression or discriminatory towards femininity. Was John Cage a brute? Nope. Has Annea Lockwood been internationally respected since the 1970’s? You bet!

For a more in depth discourse on the subject, I would highly recommend: