Since launching in 2008 as a modest 20pg, staple bound publication, Matters has established itself, intermittently, as a critical, non-commercial and independent arts journal in Aotearoa New Zealand. Following the release of Issue 7, our Communications and Publications Manager Louise spoke with editors George Watson and Hamish Win on the journal’s history, ethos, and where it might go next. 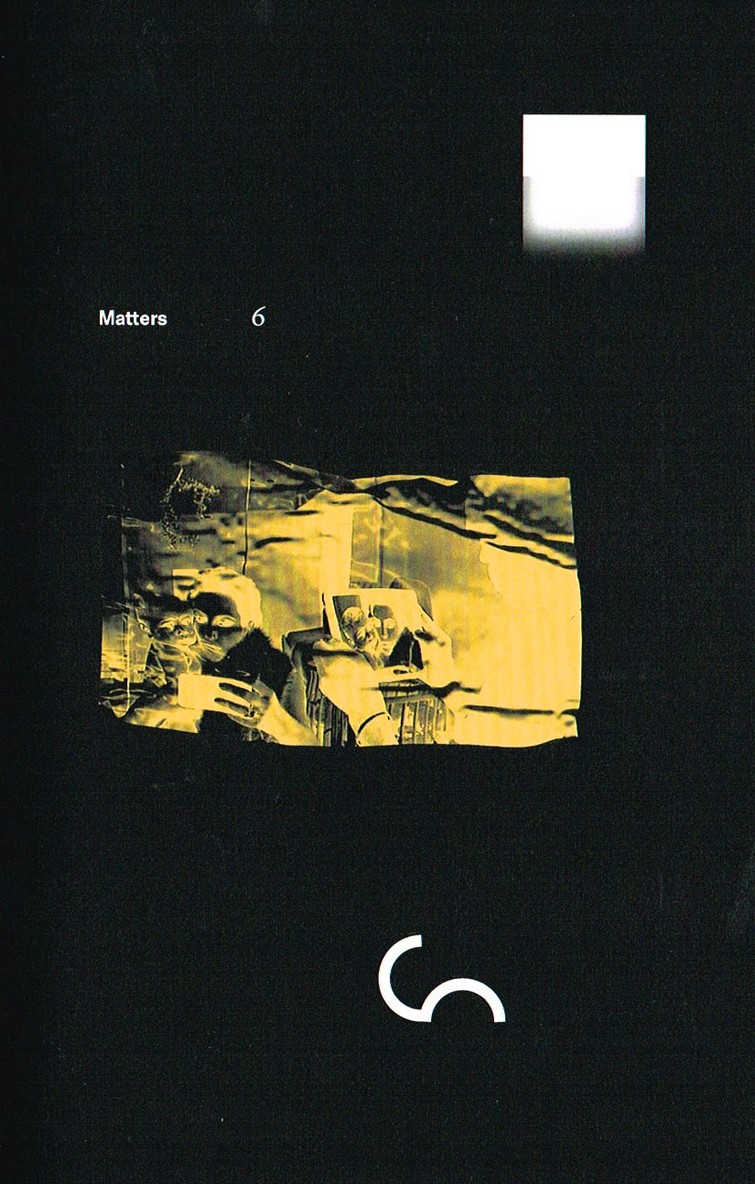 Louise Rutledge: Matters was originally founded as part of the artist-run Newcall Gallery, though it now exists separate from any institution or publishing house. What freedom and difficulties does that present to you as editors?

George Watson: Being separate from an institution or publishing house means we have more flexibility in terms of the kind of content we are able to commission. There are not the same imperatives as there would be if we had to answer to a board, a commercial entity, or keep time with an exhibition programme. This means we can be responsive to current theoretical concerns and ideas as we don’t operate under the same pressures to churn out content.

The difficulty in this is instability—we don't have a consistent revenue or funding stream and at the moment we still rely too much on unpaid labour and successful quick response grant applications to keep publishing.

Hamish Win: I wasn’t a part of the Newcall Matters so I can’t really speak to how that worked. I knew the previous editor Sam Rountree-Williams and I went to Newcall a few times. I liked how the studios worked in conjunction with the gallery.I can only imagine that Sam’s Matters benefitted from the kinds of communities that do so well in and around artist run spaces. But we have also built up our own kind of community. Maybe it’s more diasporic in the sense that it’s no longer located around a gallery but is instead carried out through conversations, travel and interpersonal connections. I think that’s a real strength in terms of bringing new perspectives to the journal.

LR: Previous editions held more of a focus on publishing shorter, monographic essays and responses to artists or exhibitions in Aotearoa. Departing from that format, Issue 7 is a collection of long form essays.

The authors write from a multitude of perspectives, often placing personal accounts within the wider, shifting intersections of gender, race and class. Broadly, they are positions that sit in relation to, but not always in direct dialogue or as a response to contemporary art. What motivated this shift?

GW: We made a conscious decision to move away from short form essays, monographs and reviews in order to focus on long form essays and experimental texts. We felt there were not many other journals currently being produced with a focus on in depth research around art and theory carried out independently from institutions by creative practitioners in Aotearoa.

Personally I am interested in publishing work made with a feminist and intersectional politic in mind—work that speaks from and with the personal and understands the activities of writing as both theory and praxis. This is a politic which has historically, in art writing and theory, been sidelined in favour of the universal and the neutral which almost always means cis white male….

HW: We are foremost a journal by writers for writers. I was looking to establish the kind of space for writing that didn’t have to adhere to the restraints of institutional or commercial concerns. That it has given space to practices that have been under-represented is a real positive asset for the journal and it’s one I hope future writers will look to exploit.

LR: A number of contributors in Issue 7 work as both artists and writers. Do you think these kind of dual roles are a result of art becoming more interdisciplinary, or is it more that creative practitioners have more impetus to critically reflect on their own practice and research interests?

GW: I think there are many historical precedents for the intertwining of art writing and making and that separations between these practices largely follow ideological trends, but yes this renewal of interest in writing practices might also reflect a continued shift toward interdisciplinary practice. I also think that in our current geopolitical climate both globally and locally within the colonial context of Aotearoa, the idea of art for art’s sake is no longer a viable position. I think there is a lot of impetus for those working in cultural and creative fields—and for those making visible the social imaginaries of our time—to be reflexive in terms of their position; to ask what they are making, who they might be speaking for and to and what allowed them to do what they are doing.

LR: As outlined in the journal’s foreword, Matters also ‘registers a contemporary reorientation toward language’, including an amalgamation of styles that cross over and bring together both contemporary theory and fiction. Why has including work that crosses or blurs these boundaries been important to you as editors?

GW: This is simply an acknowledgment of the renewal in interest we have noticed around experimental writing, poetry and auto theory/fiction. Shifting from the review format to focus on other kinds of texts was also something that happened naturally in response to the kind of work people are making at the moment.

HW: I am really drawn to the idea that language is a medium in and of itself. I’m a big fan of Bruce Andrews, whose poetry constantly allows language to flex its constitutional logic, often just in the sheer verbiage of his words. You see this also in the edition Sonya Lacey made for us where the choice of language redirects the script entirely. Often it’s just one word that unsettles and then reformats the video’s logic, so what was quite a simple story becomes multiple. This is also apparent in Owen Connor’s poem, which cavernously revels in the language of a subcultural practice. It’s important to note though, that this turn to language—whilst playful—isn’t innocent, which is why essays by Melanie Kung or Natasha Matila-Smith are also important to us. That kind of first person encounter with the systemic racism and sexism so pervasive in Aotearoa is an important register for, not just how we talk about the problem, but how we might address it. Here it’s not so much developing a new language as it is a commitment to working through the language(s) we already have. 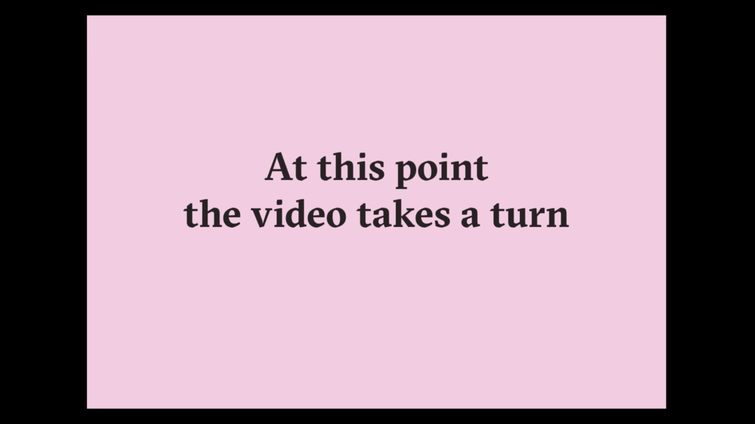 LR: What kinds of editorial support do you offer and how collaborative is that process, both between the two of you and with your writers?

GW: Providing quality editorial support is really important to us. We operate on a case-by-case basis. If a writer needs help and support to push them to finish or shape a text we will help wherever we can but we also appreciate some writers want a more hands off approach to the editorial process so it is about negotiating this. We are also very aware that a lot of our writers will need editorial support post-publishing and we make it clear we will provide this support if things become difficult for example if there are conflicts around content.

HW: We are fairly elastic in our editing. There are no firm rules, no constraints we won’t consider bending. Being writers ourselves we know that an author is only going to benefit from that sort of flexibility. That said we are not afraid to push our writers, to make them unravel the complexity, to not be scared to re-write and write again. That kind of push and pull, of both support and critical input, comes through especially with George and myself taking turns to look over the manuscripts. I think that sort of looping feedback only improves the potential for the article.

LR: Aotearoa has a strong but fragmented history of independent arts publications (I’m thinking of Antic, LOG Illustrated, Natural Selection and Hue&Cry to name a few). How do you view Matters in relation to the aims and outcomes of these publications?

GW: I think Matters has continued life in quite a haphazard way and a lot of different people have worked on the journal, but it is great to be considered within this canon of independent arts publications. We probably share some of the same constraints that some of these publications have encountered with independent publishing—in terms of relying on funding streams that often run dry, or relying on sales and compromising too heavily on content. But also these publications like Matters have existed/exist for a reason—because of the small community producing high quality thought and work in and around contemporary art and theory in Aotearoa, who wont be represented by mainstream media or picked up by large publishing houses (and increasingly) who won’t be supported by academia.

HW: Of the magazines you mention Antic is the one we are most closely aligned with, given that we both receive/d arts council funding and we both print long form essays. That said we are probably a little more eclectic than Antic, so I might point instead to something like Parallax. That said, early issues of Antic are amazing. I get the feeling they sort of went a little wrong when they changed format and introduced colour images, but then, that was a different era when images didn’t freely circulate as much as they do today.

LR: Primarily, aside from the occasional PDF available online, Matters has only ever been available in print. Are there any plans for the journal to be made available online, or will you continue to prioritise physical publications?

GW: We are working on getting a website up and running where we will be publishing reviews and texts online but we will still continue to publish the physical journal for now, alongside this online platform. Although I think there is always room for more quality discourse in the public contemporary art/theory realm, there are already a few other online only platforms that cater to this to some extent. And although we are not print media fanatics, there is something about the slow process of producing a physical journal that still appeals and makes sense to the kinds of texts that we are interested in publishing. But we also remain flexible with our current system.

HW: The exciting thing about the website is that it allows us to explore a different kind of text whilst still retaining the magazine as a vehicle for the long-form essay. The website allows a different kind of pace in terms of publishing so it’s going to allow us to respond to things on a completely different register.

LR: What’s next for Matters? Will there be an Issue 8?

GW: Yep, there is another issue in the pipeline and we are working towards putting out a call for abstracts soon. For the forthcoming issue, Anna Rankin and Owen Connors are joining our editorial board and will be driving the commissioning process, which we hope will open the journal up and add another dimension to the content.

HW: Both Owen and Anna were involved in issue 7 as writers, so they have a fairly good idea of what Matters can be, so I’m really excited about working with them. 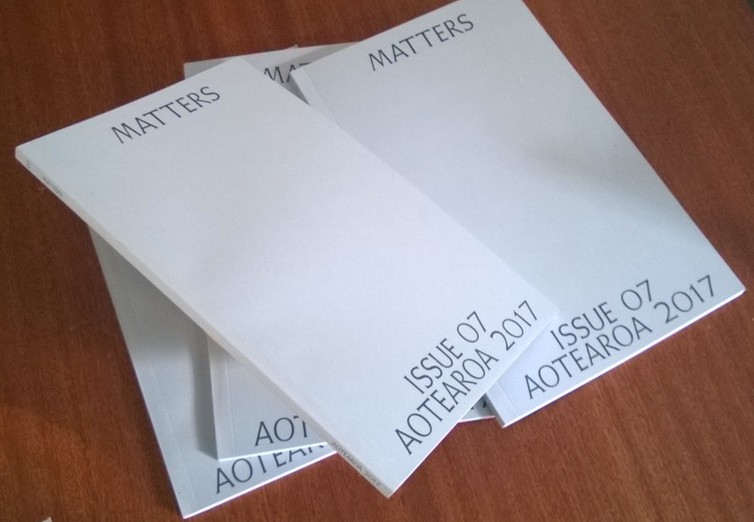 Copies of Matters Issue 7 are available to purchase from Enjoy Public Art Gallery or from mattersjournal@gmail.com.