Running for seven consecutive days, Jessica Pearless and Kate Woods collaborated in a game of virtual 'Battleship.' Like the children's game of strategy, neither artist knew the other's plan of attack. However, in this instance the players were separated by over five hundred kilometres in geography.

The gallery space was transformed into a giant playing board illustrating a clash of aesthetics; Jessica's hard-edged vinyl cut-outs competed with Kate's ostensibly spontaneous drips. Over the week duration of the show, Jessica sent, via e-mail, a digital photo and co-ordinates to be translated into a physical game move and Kate made her moves accordingly.

Hit and Miss challenged perceptions of 'real' and 'virtual' time and space. During the show daily moves could be viewed at the gallery or on the Internet through a link from the Enjoy website. 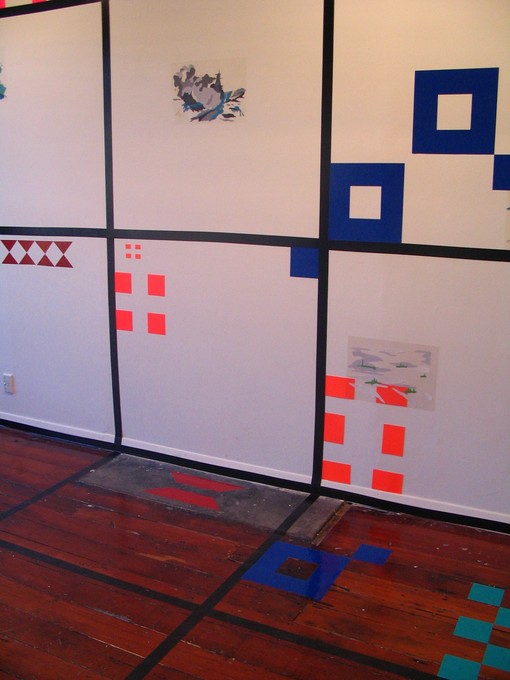 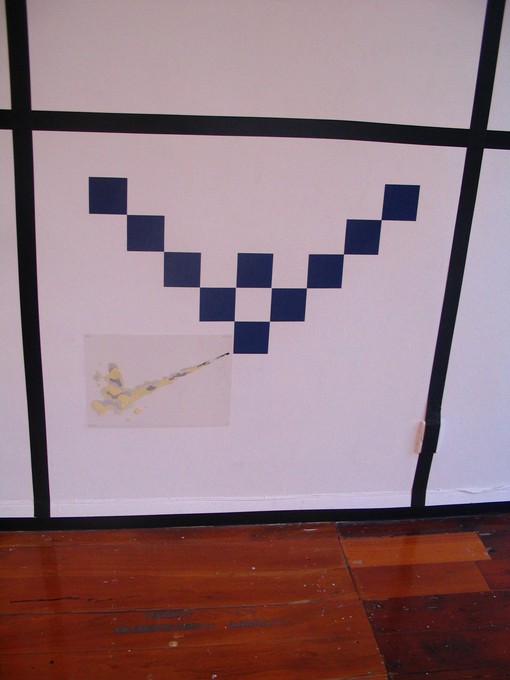 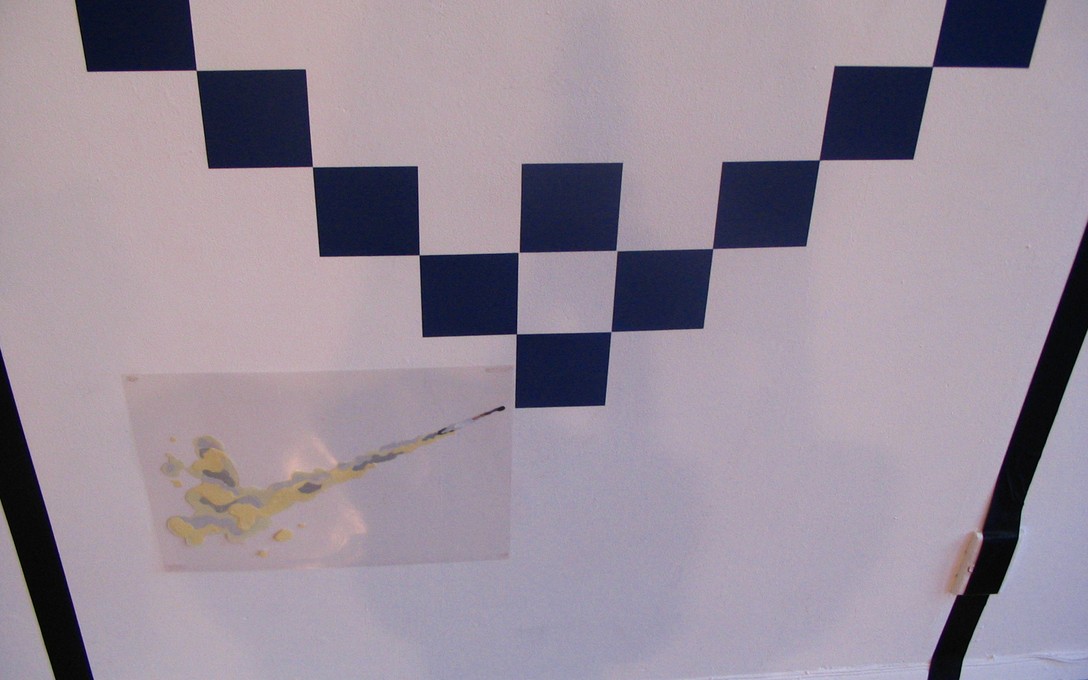 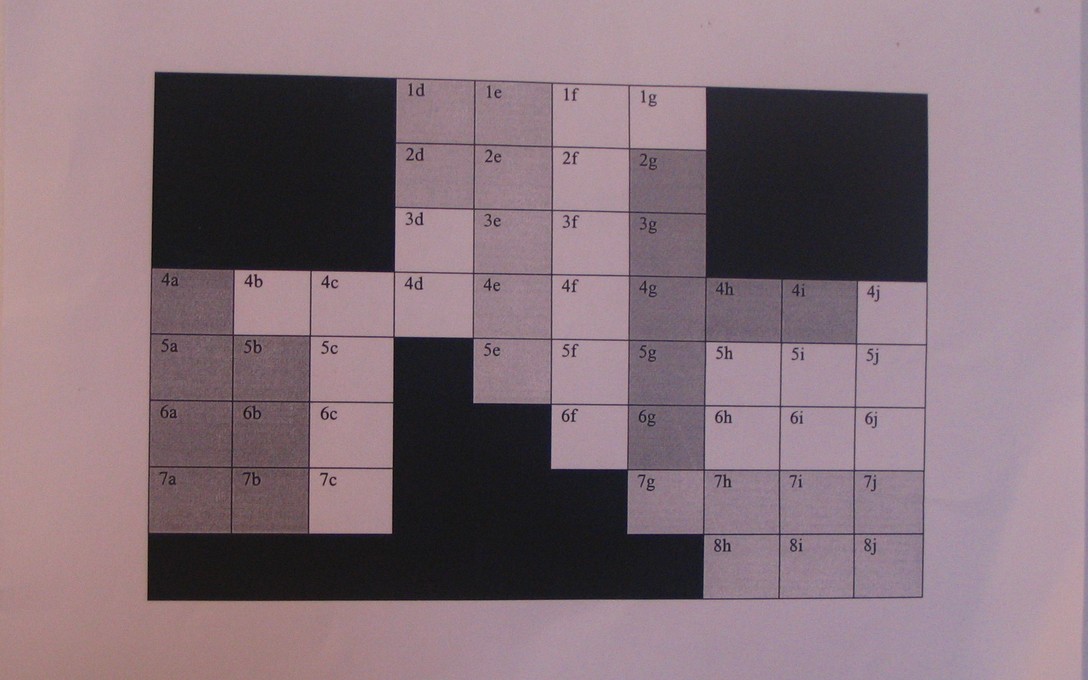 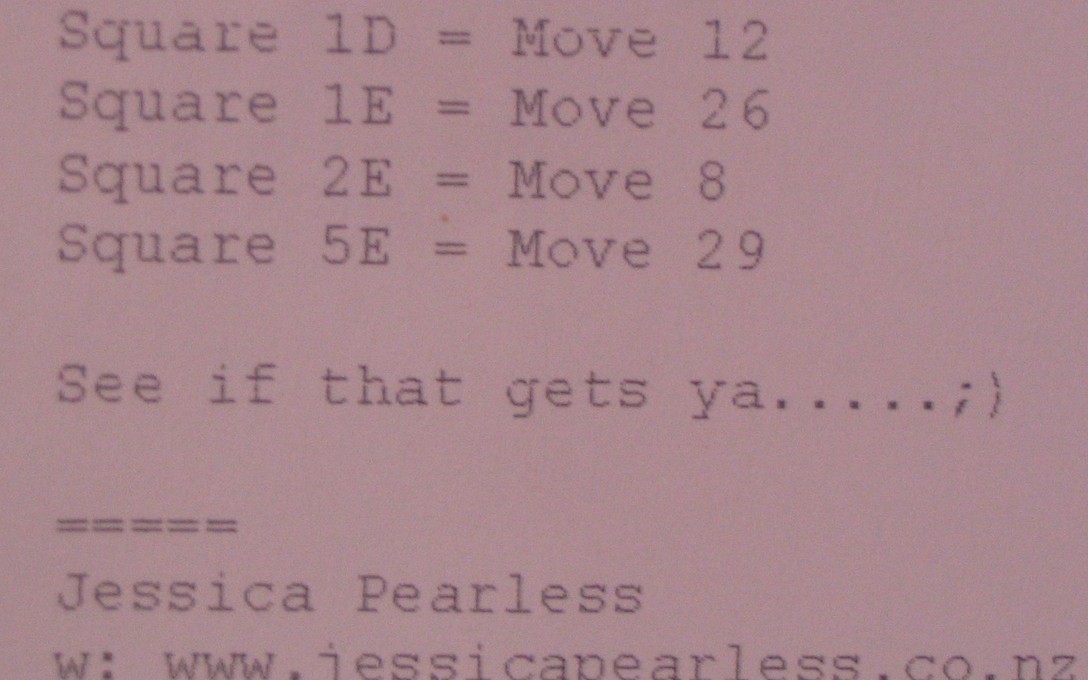 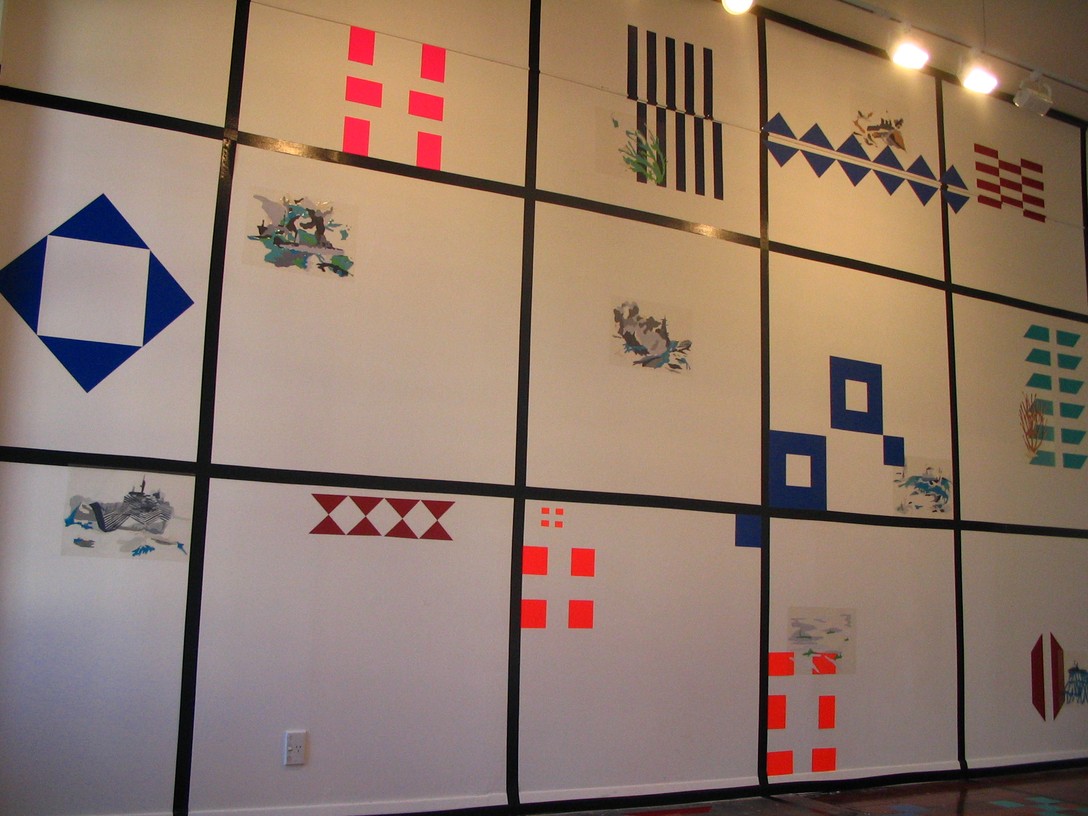