Technologies are bound to fail. Screens crack, cables get shredded, old models are quickly replaced by newer ones, or things just don’t work as they should. A broad set of discourses and industries so optimistic in the claims they make—to make life better, easier, more efficient—and so embedded within capitalist logics of growth, innovation and progress cannot help but embarrass themselves when things go awry. For Louisa Beatty and David Ed Cooper, there’s potential in failure. Deploying dry humour and improvisation, both artists alter, remake and reconfigure everyday technologies, playfully exposing the ideological mechanisms at play in the production of these objects, and motioning towards a radically altered relation to technology and the world.

David Ed Cooper produces machines designed to misbehave and surprise. For Hollow pony, Cooper has produced a set of motorised ironing boards. A common household object associated with a menial and repetitive form of domestic labour, the boards are here made lively and impish, hopping around the space. Alongside Cooper’s ironing boards is a series of paintings, collectively titled double negative, produced through the application of pigment onto the reverse of Duraseal. Applied directly onto the gallery’s walls, Cooper’s works treat painting as a technology—with a limited set of inputs and desired outcomes. Here, the artist rearranges the essential elements of the medium—reversing the substrate so that paint faces both the walls and the viewer and locking the image behind a plastic covering—a poorly archived static moment in time.

Louisa Beatty’s work is informed by the visual language of film set-design and cheaply produced, widely available camouflaged objects. Beatty’s are flawed impressions, limp approximations of things in the world which fall short of their mimetic aspirations. Here, a cardboard box, upon which is an image of a waterfall, conceals a small electric water pump. Vinyl printed with a wooden veneer design is applied to a cardboard box cabinet, inside of which a television plays clips of improvised foley effects. Drawing upon an archive of fakery, Beatty’s works test the limits of recognition, asking how far removed an object might be taken from its context and retain something of its affect and form.

Both commercial film and consumer technology operate by concealing their own production. Surfaces, in each, are to be sleek, shiny, transitions seamless, and the mechanical workings, as well as the labour required for producing things, is to be made as invisible as possible. In Hollow pony, stuttering, glitching and deliberate breakdown are tools to demystify the ideological machinations of the everyday. Beatty and Cooper animate that which, through familiarity, seems static in life, with a view towards reorienting our relation to these artifacts—from a relation of mastery over the world and the objects within it, to one of dwelling with them and their failures. 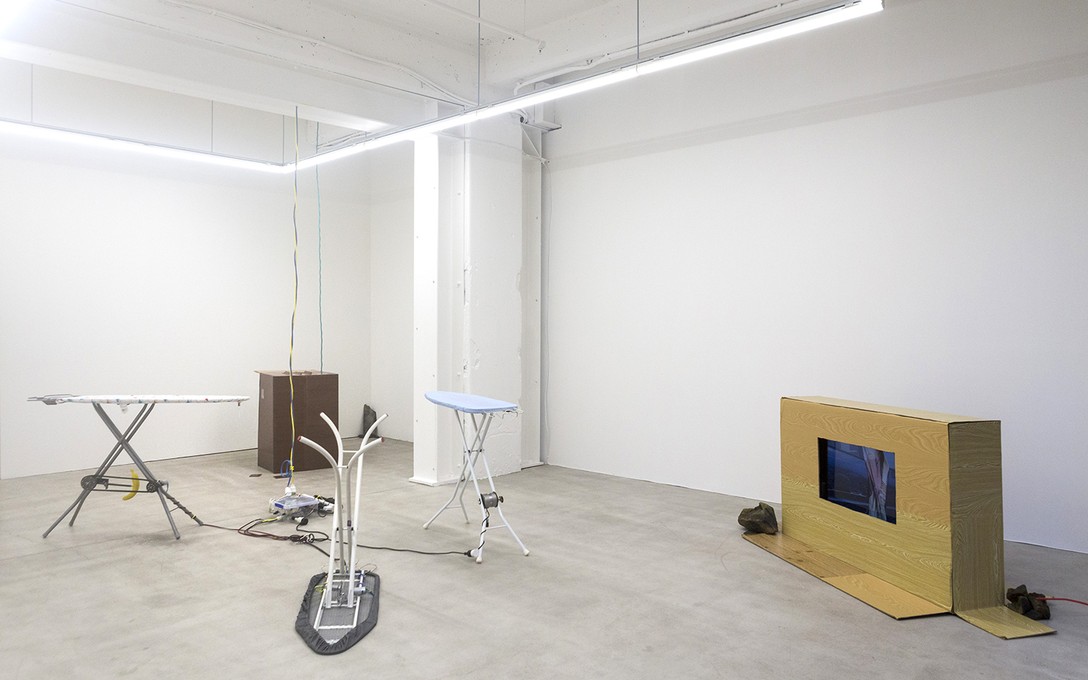 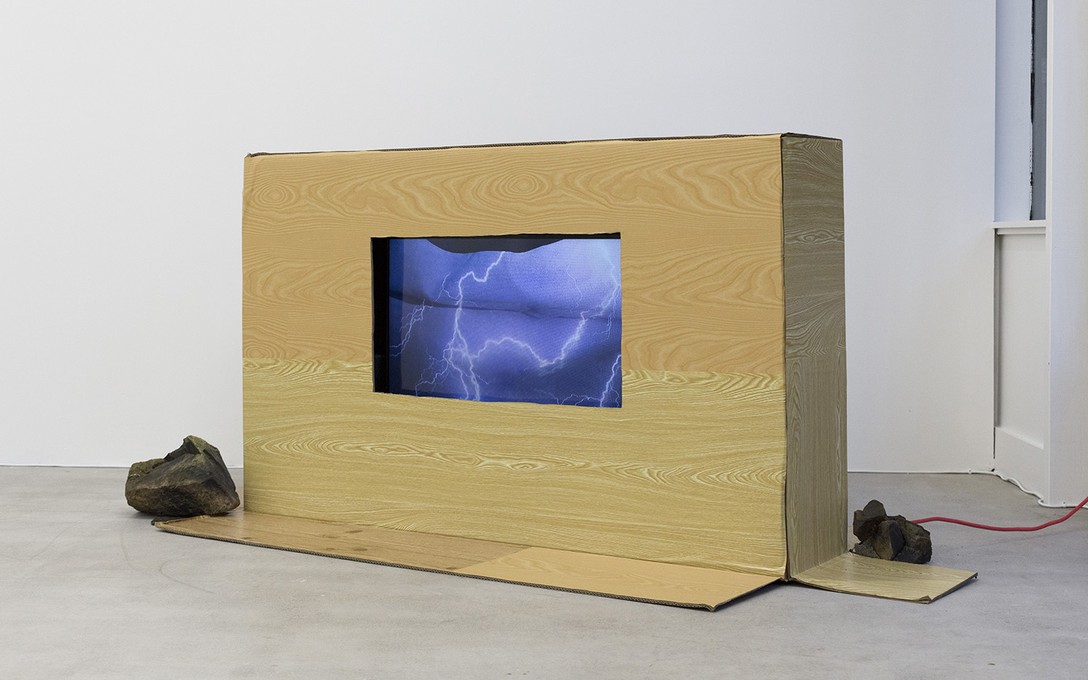 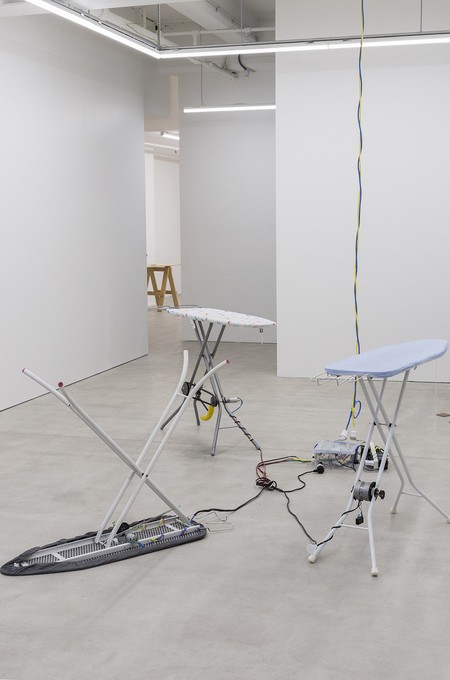 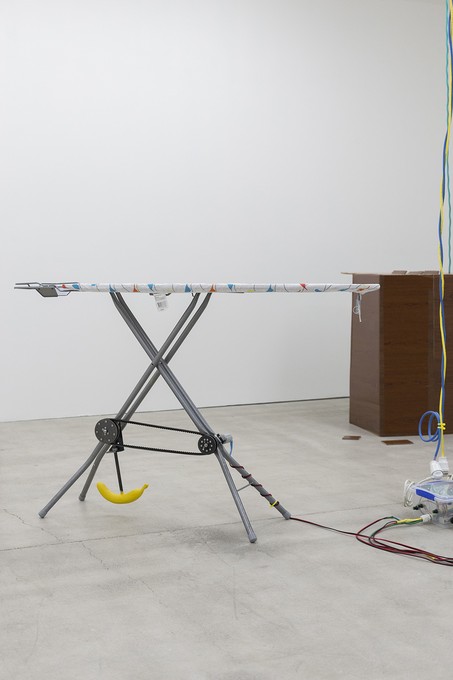 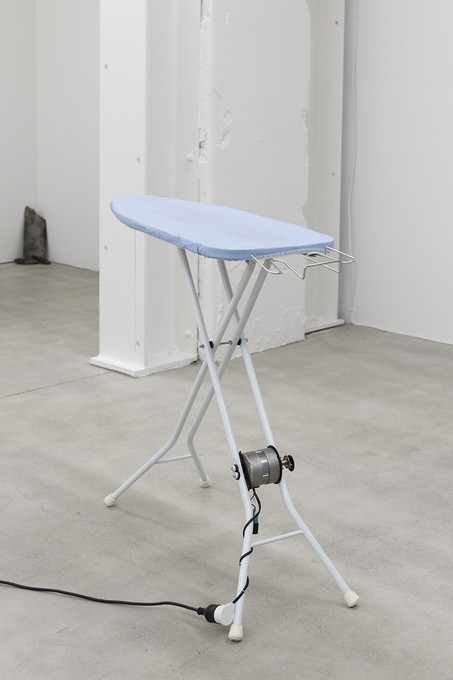 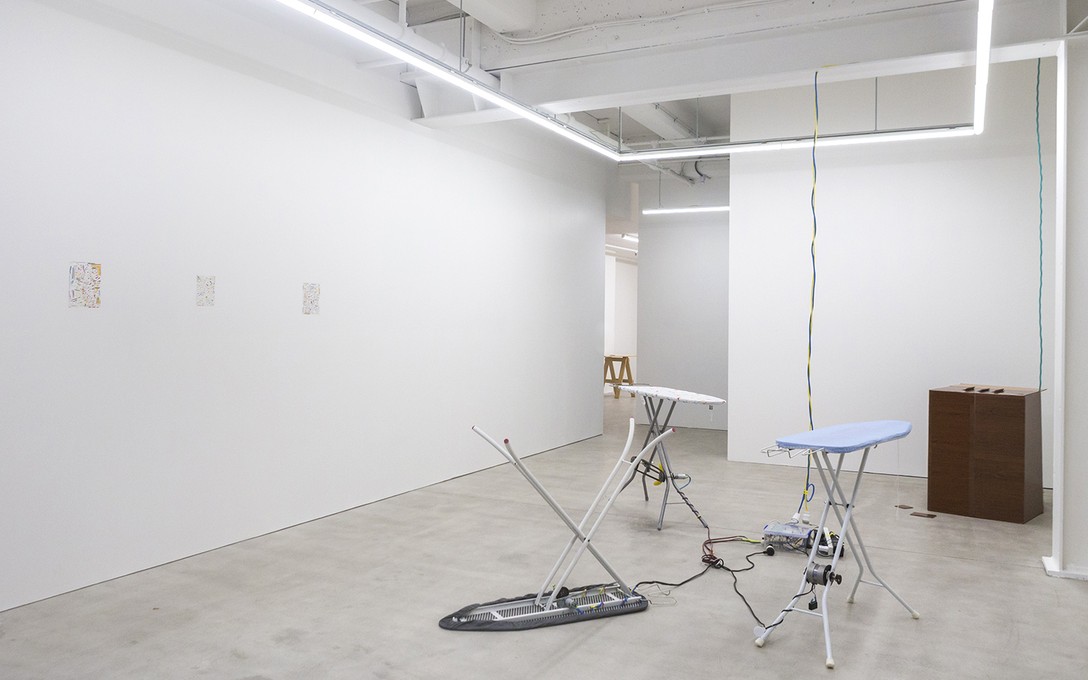 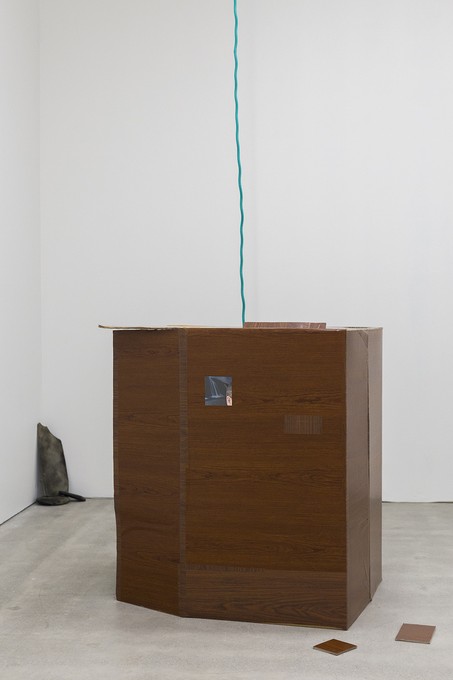 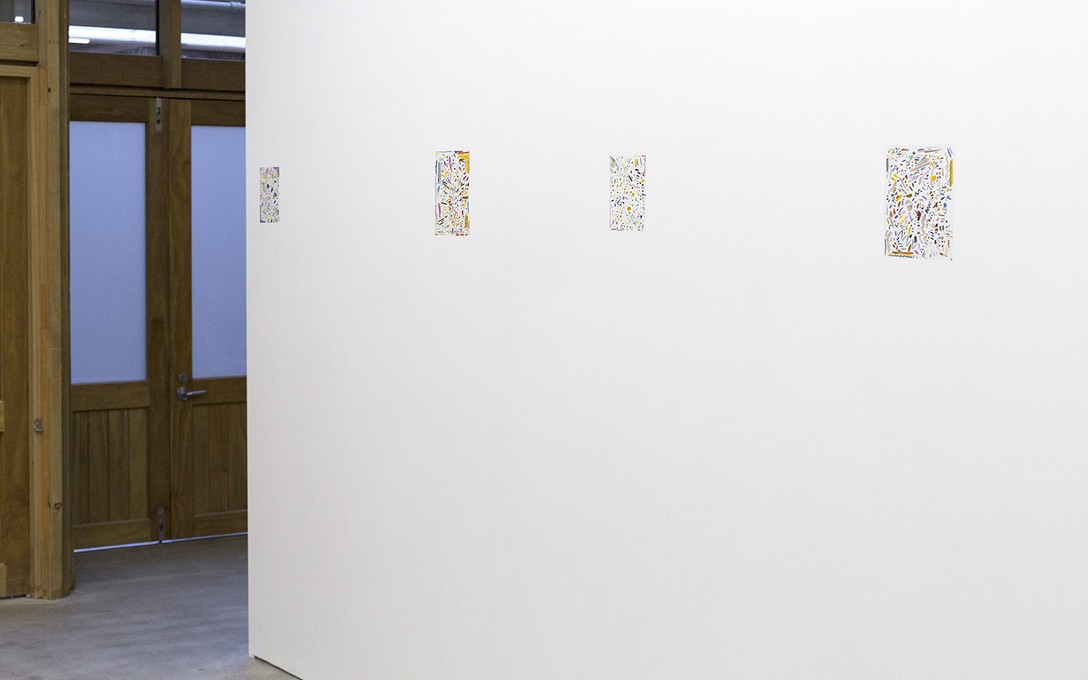 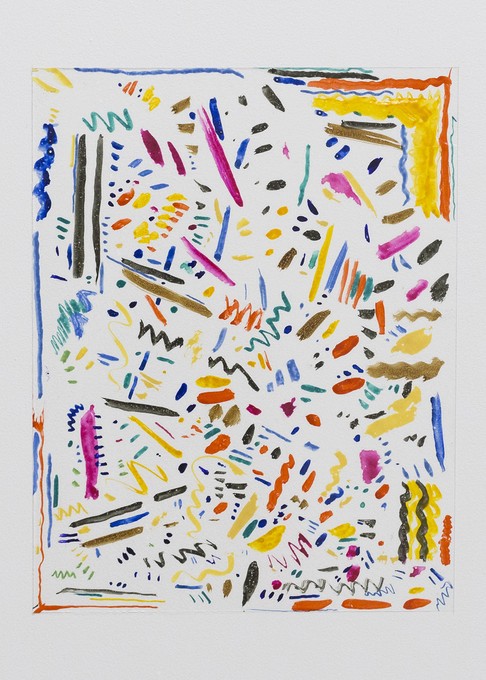 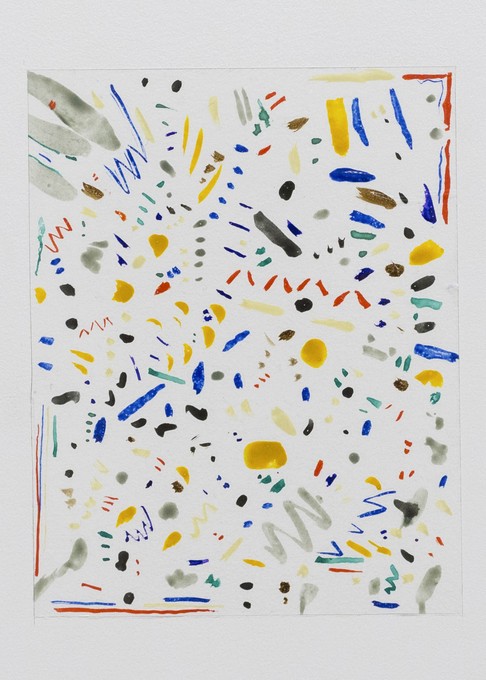 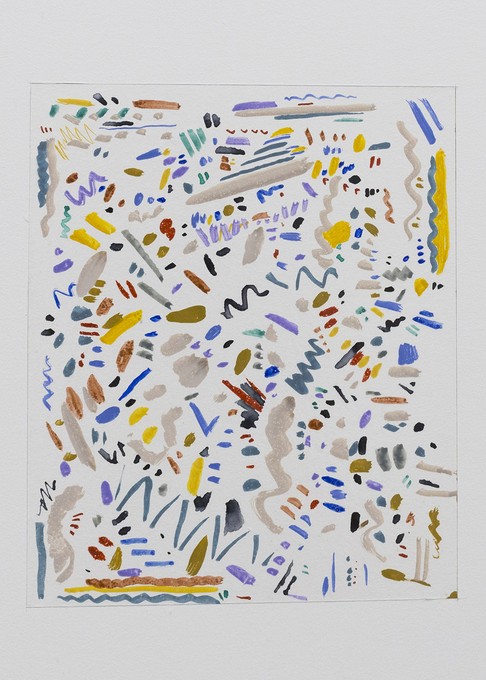 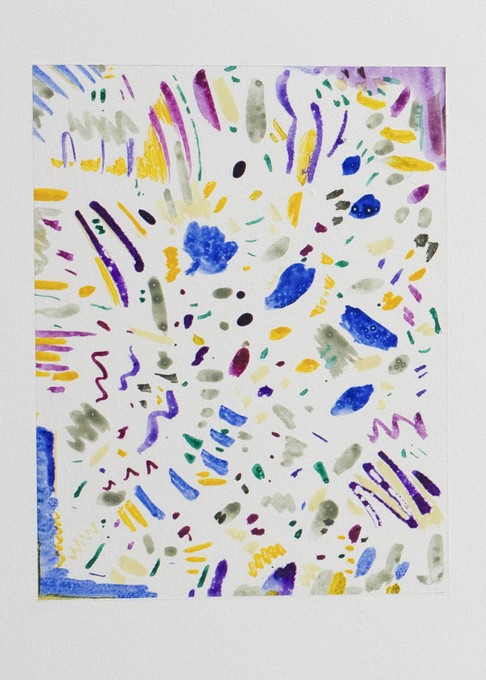 Born in South Africa, based in Tāmaki Makaurau Auckland, David Ed Cooper's practice in painting and sculpture is an ongoing exercise of what he calls a 'new bruxism'. A grinding of teeth; a compression of fiction in the mouth of capitalist realism and cultural homogeneity. What remains are the ghosts of our interactions and failures. To come; the hauntings of a possible future. David graduated with a BFA (Hons) from Elam School of Fine Arts, University of Auckland in 2013. Previous exhibitions include Sometime, someday, when all is said and done (group), RM, Tāmaki Makaurau, 2019; fine moon, poor tuning (group), MEANWHILE, Pōneke Wellington, 2018; We didn’t feel like ourselves, Window, Tāmaki Makaurau, 2016; Double Negative, LOFT JERVOIS, Tāmaki Makaurau, 2015; RE:400. (with James Wylie), Pilot, Kirikiriroa Hamilton, 2014; International Artists Initiated (with James Wylie), David Dale Gallery, Glasgow, 2013.