Heynes ‘just wanted to wreck shit.’ It was a case of destruction for amusement. Multiple baby grand pianos the size of small sandwiches, taunted viewers with plastic renditions of ‘Fleur-de-Lis'.

Heynes offered viewers the chance to target their frustration and break a continuous stabbing repeat-cycle with an ACME-type weight, popular with failing cartoon characters. This highlighted the futility of frustration, in light of an obvious string-up system incorporating the baby grands at the other end of the space. Four identical objects chimed in pain and loss. The broken pianos piled up over the duration of the show, with the twisted bits of plastic and shattered glass sounding like baby birds at twilight. 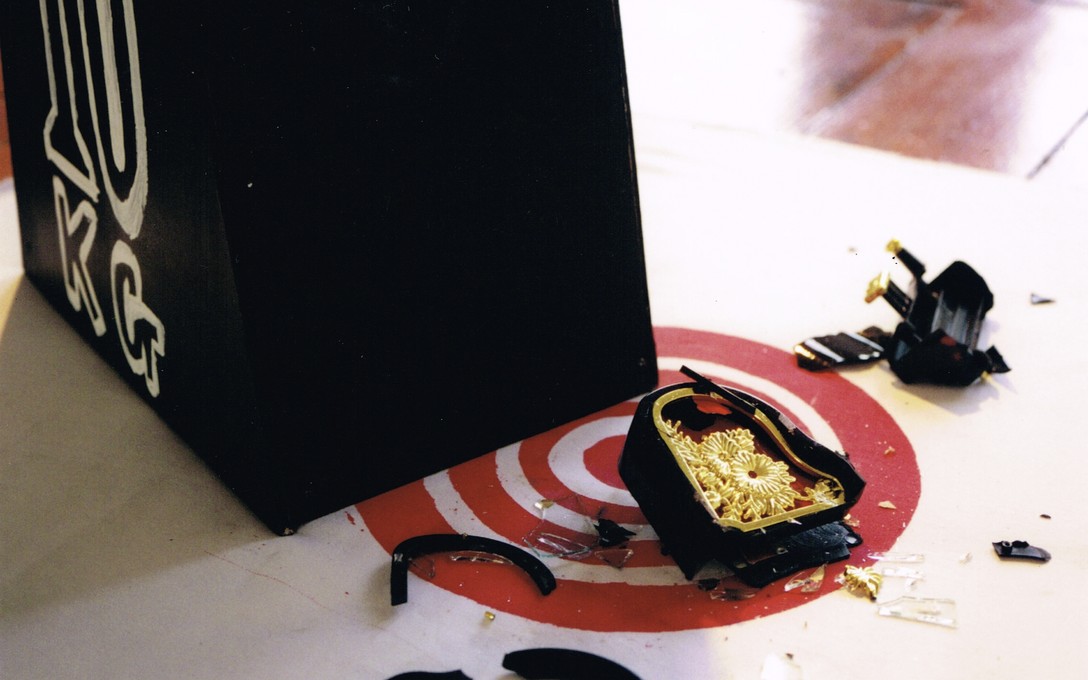 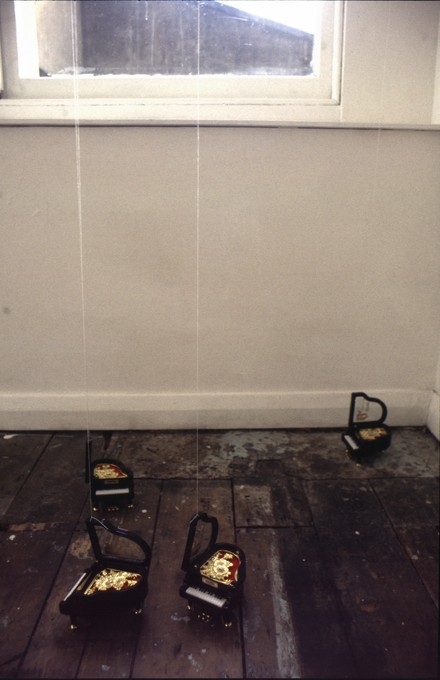 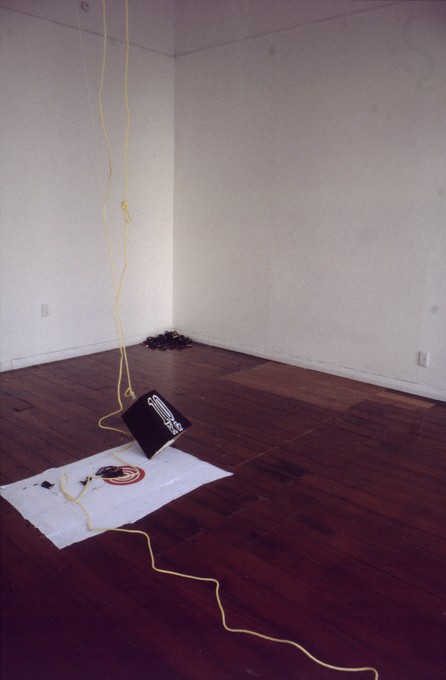 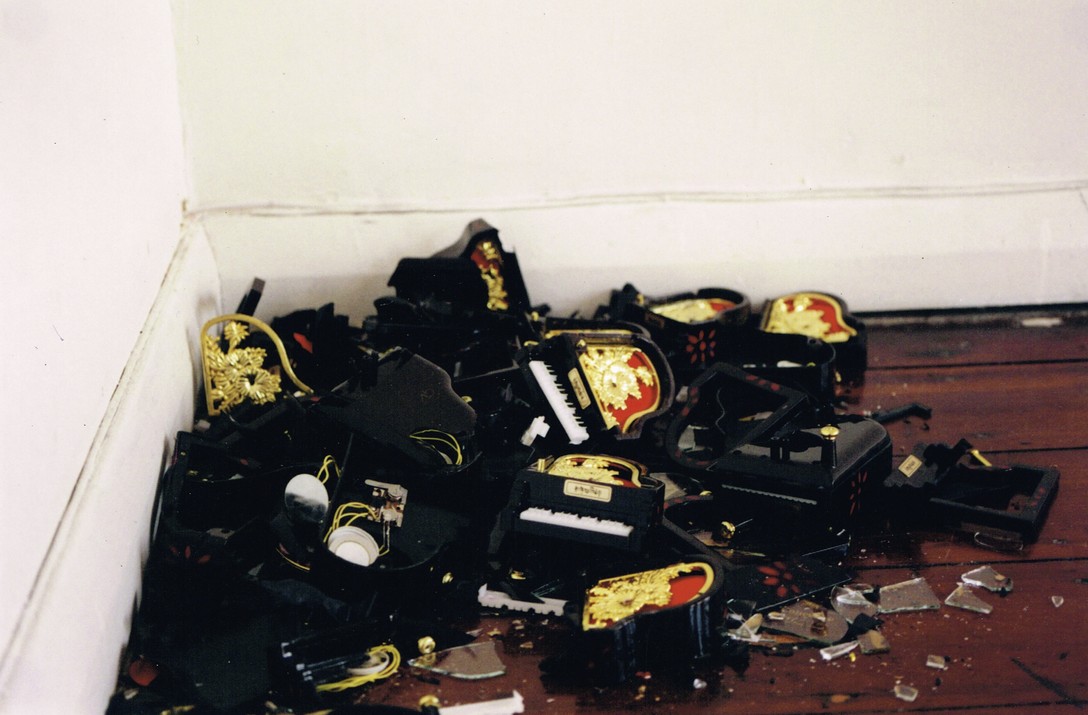