Clements' show began at the opening night. The doors of Enjoy were open for visitors to enter and witness Clements painting the windows black. Clements, outside of the gallery, was spraying black paint on the windows and thus deliberately changing our view; from a view out the windows to a view of ourselves in the mirrored black of the now painted windows. This performance, happening over the hour of dusk, in multiple senses ushered in the night outside.

Once the painting ended the ever-so-faint tap, tap, tapping began. The sounds, slowly filtering through the conversations and into our heads, were the mechanical contrivances of small machines located outside the windows, directed by a computer located in the foyer. In the days that followed the gallery remained cloaked in darkness and strange thumping and tapping. The days, though, brought unexpected changes.

Rather than the complete banishing of light, the layer and droppings of paint on the windows backlit by the sun, resembled cloud formations or something more sinister. This stained window effect during the day combined with the perpetual but irregular tapping was a night to be feared, indeed. The most disturbing part was not really there until, near the end, small inhole's appeared in the paint. In the reflective sun on the later days the gallery itself filled with an upside down projection from the day outside (or a camera obscura effect). The pinholes in the paint and the darkness of the space had produced a room filled with the multitude of ghosts projected from the day outside. 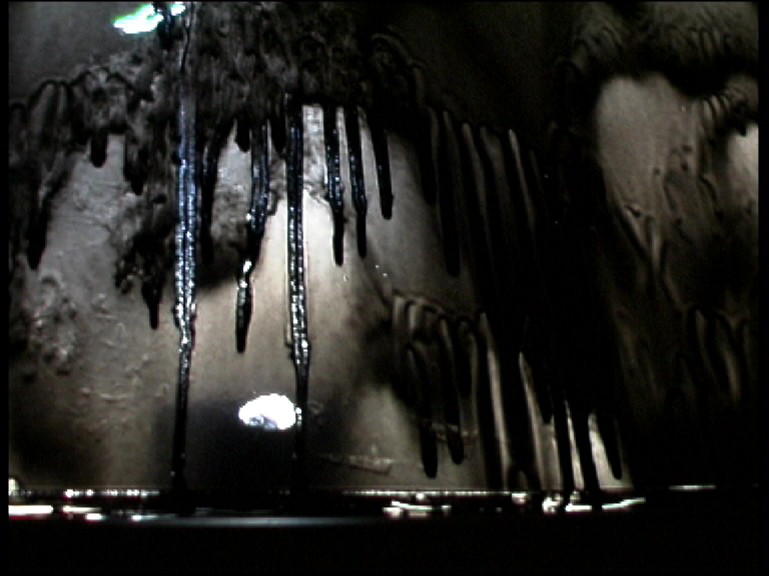 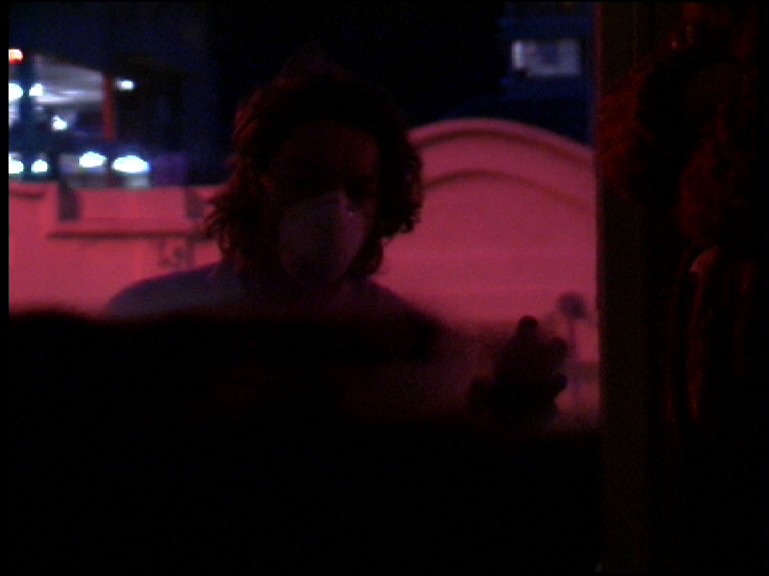 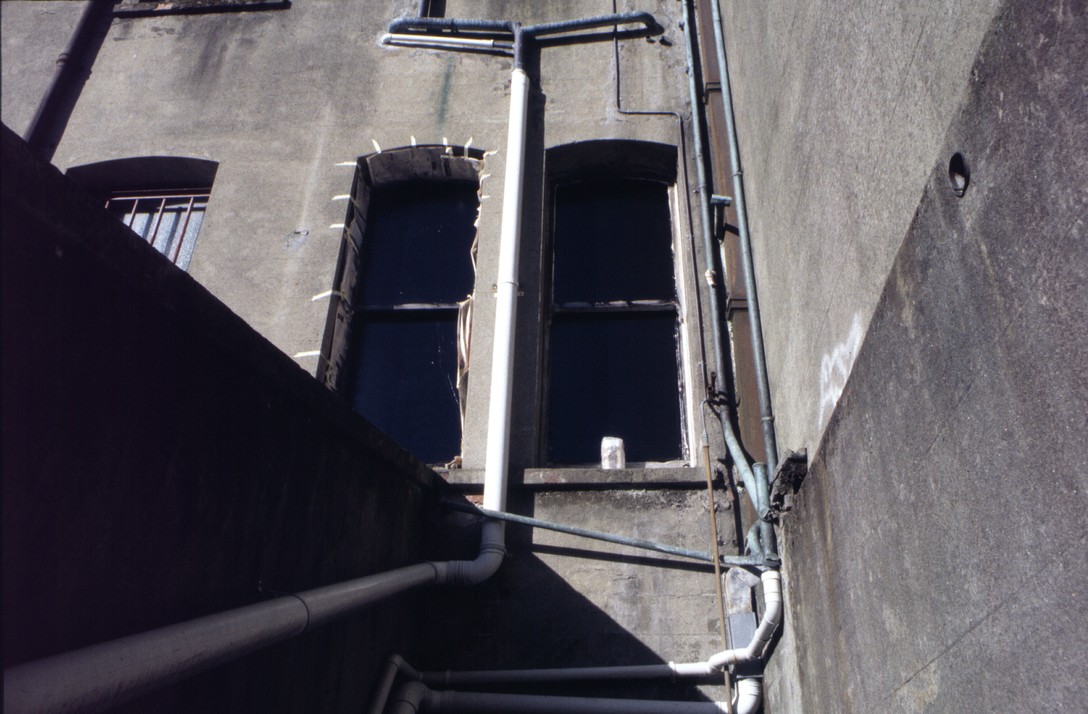