Sandra Schmidt continued to work with her signature plastic bead constructions in her solo exhibition, Soliloquy, at Enjoy. These meticulously constructed sculptures are produced by melting thousands of tiny plastic beads together to form pictorial objects.

For Soliloquy, Schmidt exhibited one large installation work; a model replica of the suburb where she grew up in Zwickau, East Germany, constructed from memory. Schmidt describes the city as 'approximately the same size as Hamilton, incredibly boring and unspectacular'.

The work harks back to another time; the austerely uniform and industrial architecture of the Communist era. Mysteriously, all the buildings in Soliloquy are burning, perhaps as a symbolic exorcism of the past, freeing the suburb from its mundane existence.

Soliloquy highlighted the difference between the typically New Zealand childhood location; the suburbs, filled with free-standing houses and quarter-acre properties and the more urban setting of Schmidt's childhood. The banality of the buildings showed the irony of how the inner-city apartment in New Zealand is considered part of a luxury lifestyle. These sculptures mix a naïve craft aesthetic with a dark, unnerving content. 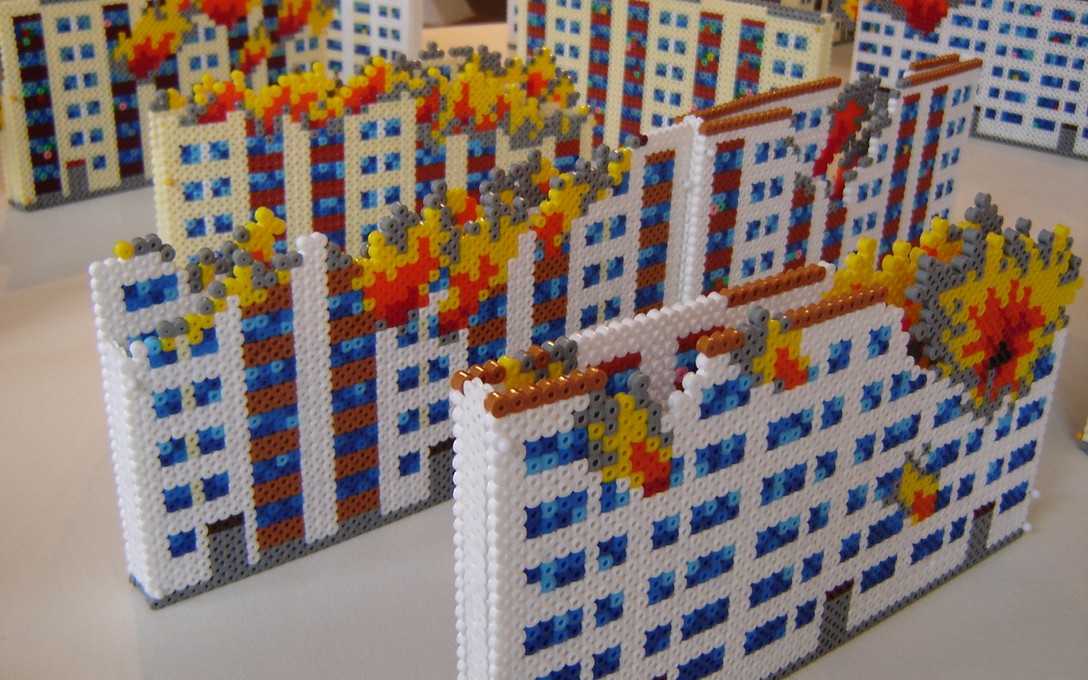 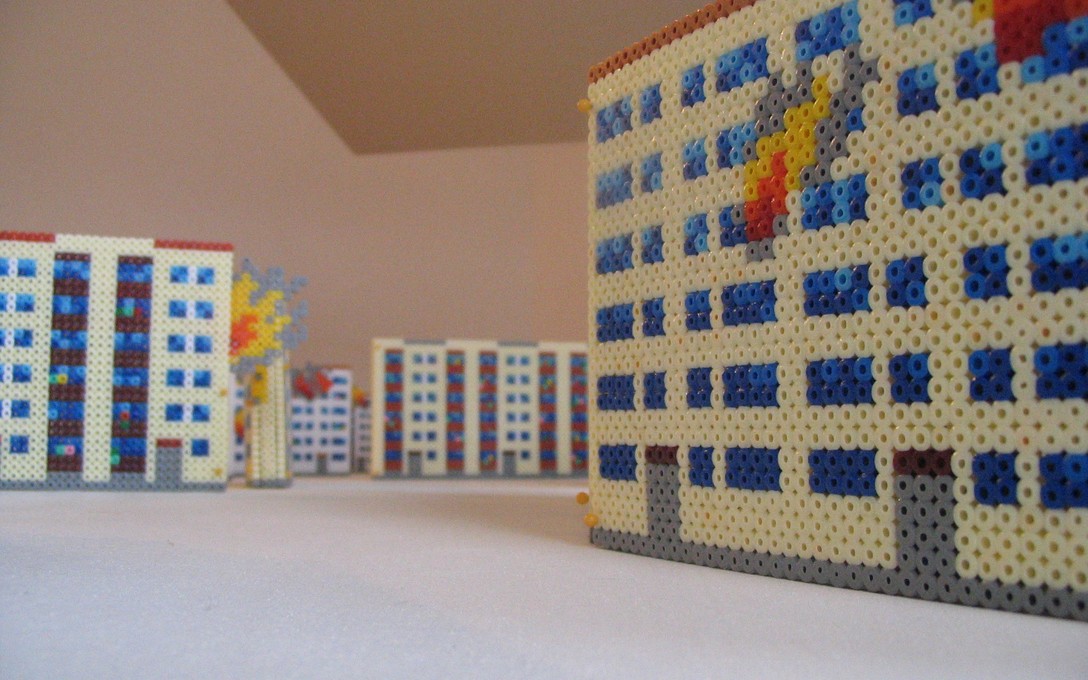 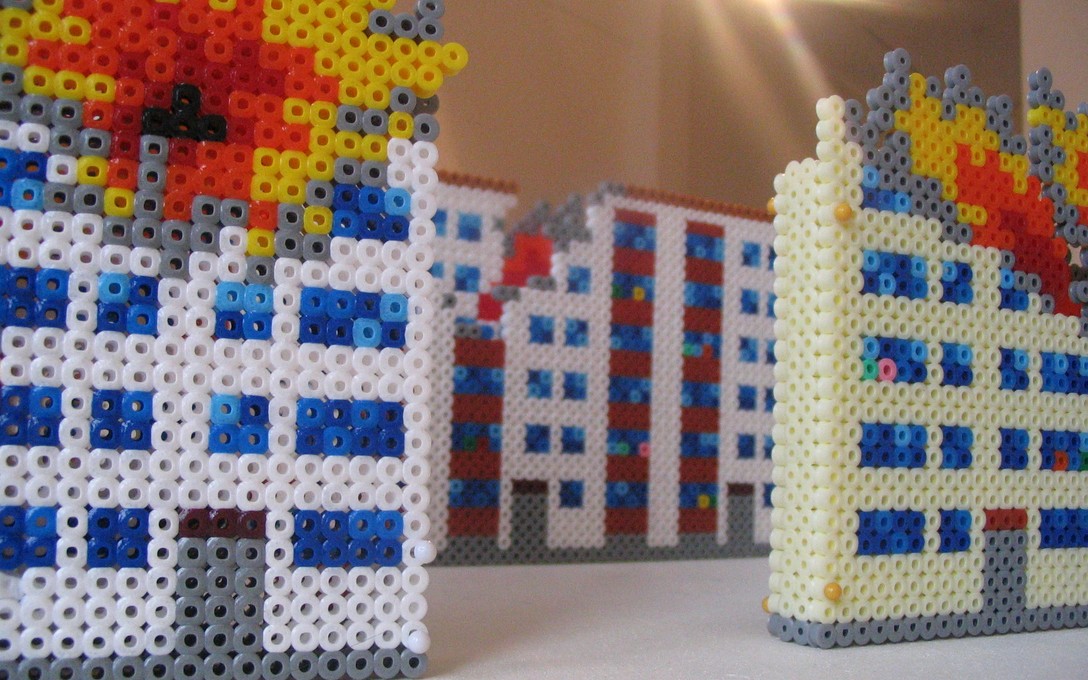 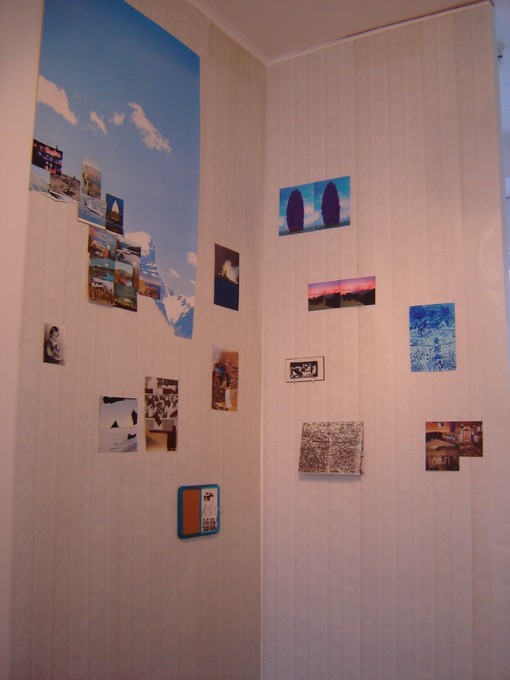 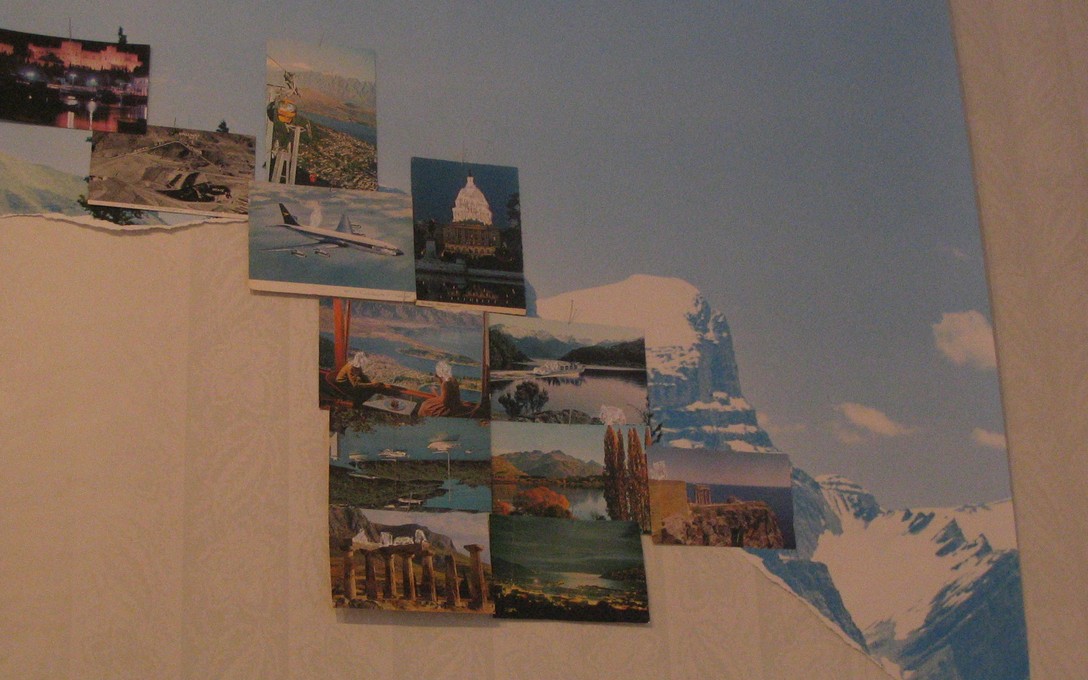 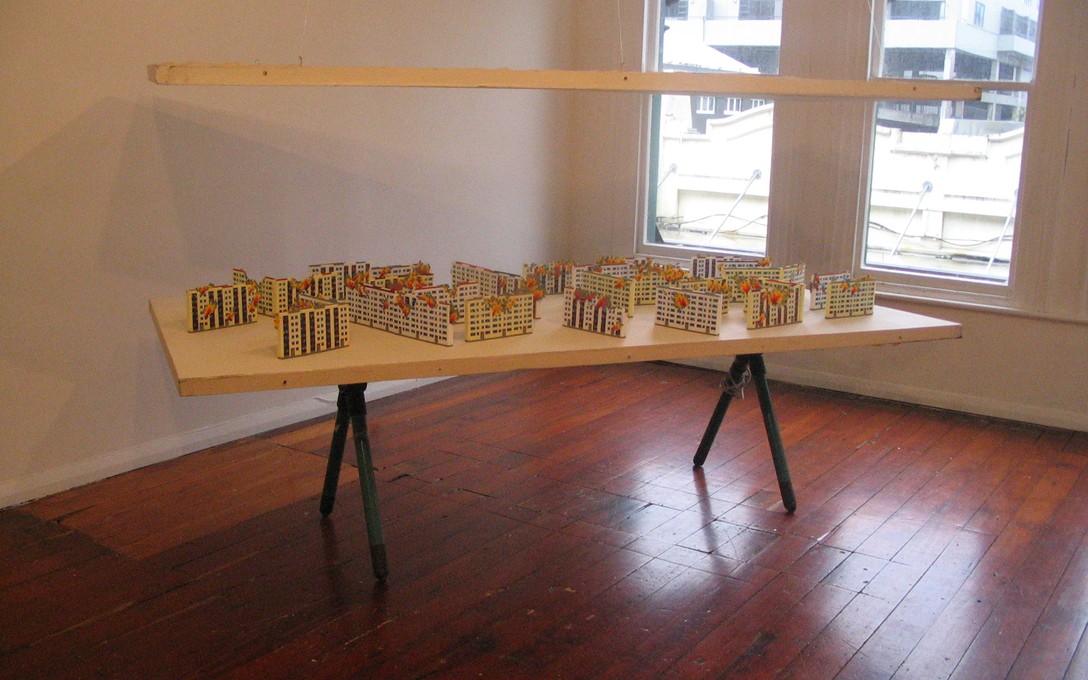 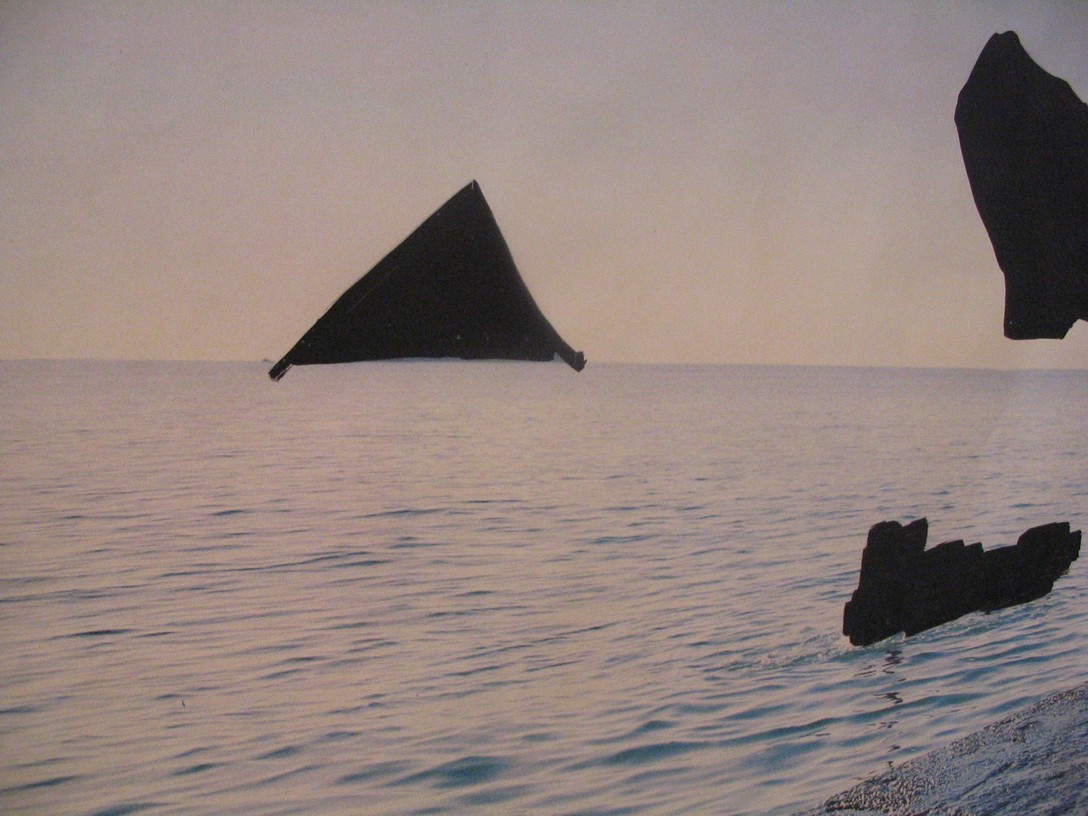