Simon Lawrence and Robert Hood built their show as part of the Control series, The Escape of Bullet Catching or Knights of Vaudeville and the Paradox of the Eye of the Paradox (sort of) on site. They worked in strong cardboard and brown paper tape, using geometric shaped pieces to produce a large hill-like structure in the square end of the space.

The form was extremely complex in parts, and the individual pieces (all 3 or 4 sided and attached to neighbouring pieces by a complete side), were generally eyeballed, resulting in an object which developed formally as it grew in size. Attached to the wall, beside the cardboard mountain, was an old tape player, on which played a short, looped musical excerpt from a Yul Bryner western. This took the work through the computer generated pixilated realm, into the American Western crossover. 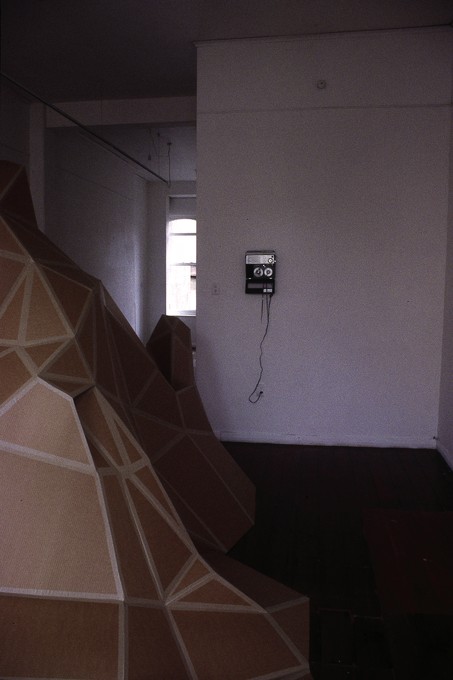