Mahalski controlled Enjoy like a compulsive, money-potential worshipper with Winner!

He turned the space into a model bedroom, the owner of which had developed some gambling and dependency problems. Mahalski referenced the cargo-cults and transferred their context to that of pure money.

Rather than simply looking at western ‘treasures', he highlighted the current status of money itself. The room was a series of altars, to the mother of ‘money gods': Lotto. This worked in conjunction with traditional cargo cult modelling of dream items, for example a briefcase of Lotto tickets, bound to look like the ultimate winnings, a car made of bus tickets and a shredded American dollar sandwich. 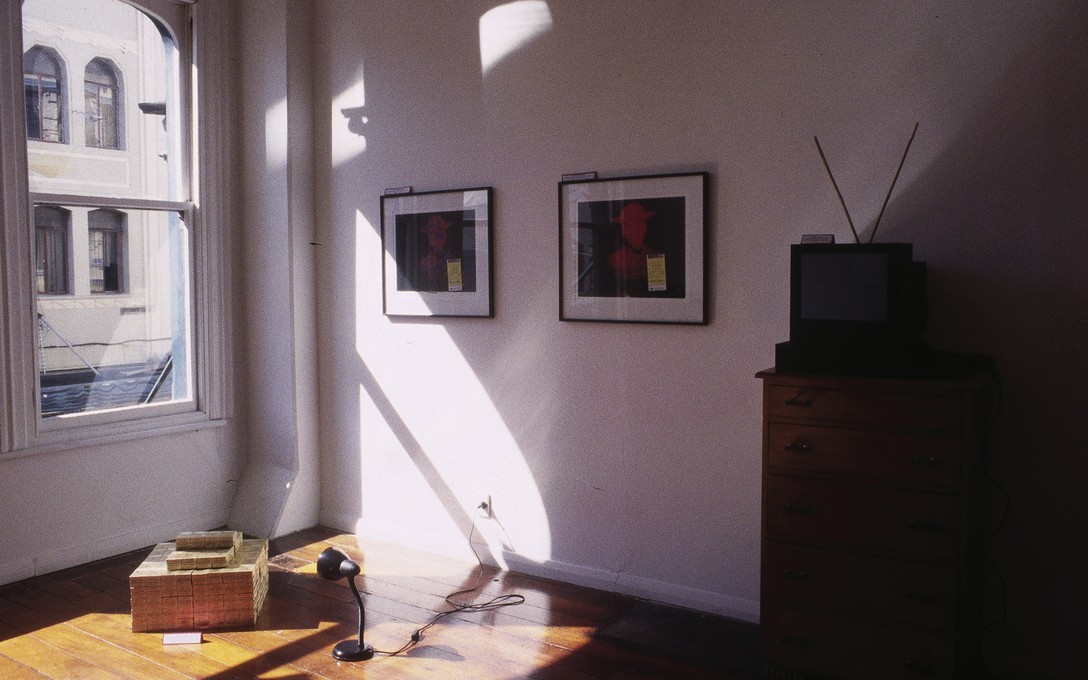