He sees you when you're sleeping, he knows when you're awake, he knows if you've been bad or good , so be good for goodness sake...... A Christmas Story was an exhibition exploring the sinister side of Santa Claus and the mythology surrounding him.

Referencing the cheap production and tacky aesthetic common to big department stores, Tim brought to life the mythical man in red in full fibreglass glory. This show revealed and ridiculed the frequently celebrated but rarely questioned hero of western culture that is Father Christmas. Reminiscent of the famously creepy figurines of shop displays, albeit carrying a scythe instead of the usual sack of toys, the Santa of A Christmas Story is more frightening than friendly.

Tim's research into the ancient Roman mythological figure of Saturnalia, the ancestor of the modern day Santa, has led him to also focus on the more contemporary issues of commercialism and the consumer frenzy that develops around Christmas time. Shoppers at THE WAREHOUSE were the inspiration for some of Tim's mutant statues, completing a collection of figures which gave the gallery an almost temple-like feel. A Christmas Story was a darkly humourous examination of popular culture and the traditions it has created in our society around this time of year. 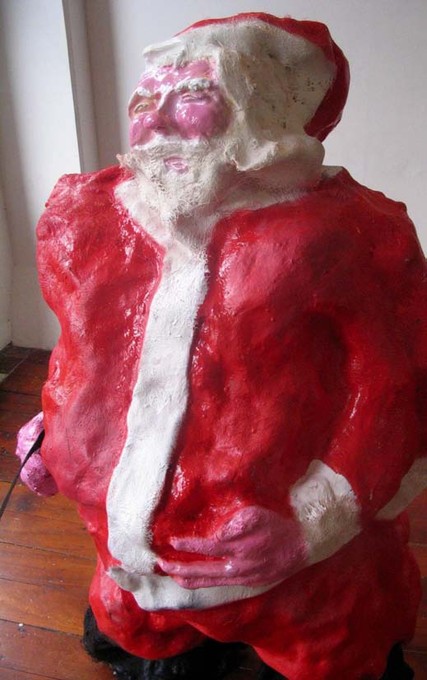 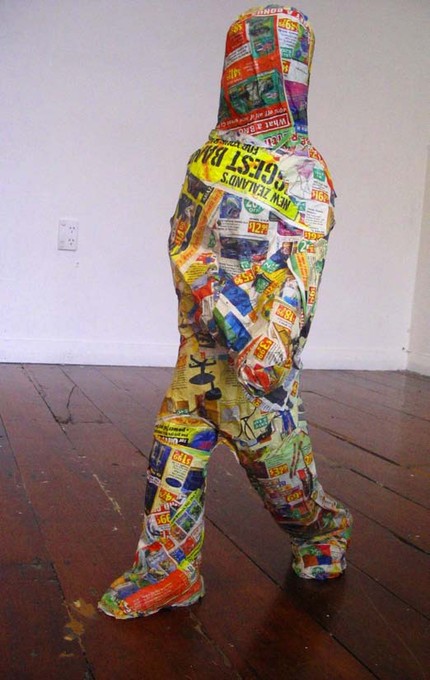 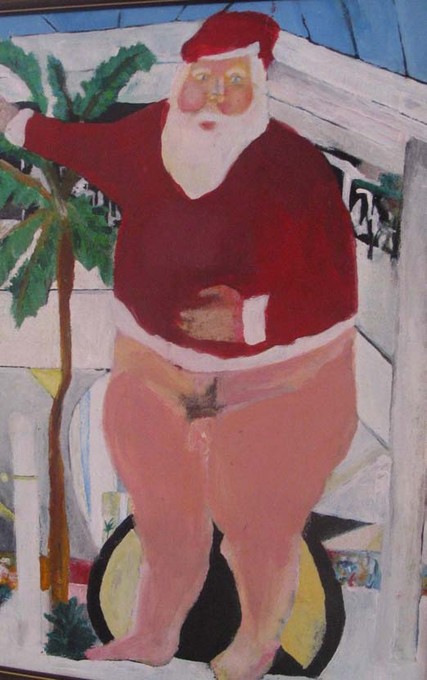