Number four in the Siren series was a collabortive work by Clem Devine and Sam Trustrum.

The artists set up a living space in the gallery, reminiscent of lounges found in many student accomodation areas. This included a television and video on which was playing a segment from the movie ‘Sirens’. The movie snip was slowed down, manipulating both the image and the accompanying sound. Scenes involving three naked women bathing in a river, a blind man and a sexually inhibted woman were included in the loop. As the sound was slowed the voices took on a groaning lilt, obscuring words and creating a mesmerising soundtrack. Only after repeat viewing did the words become recogniseable. 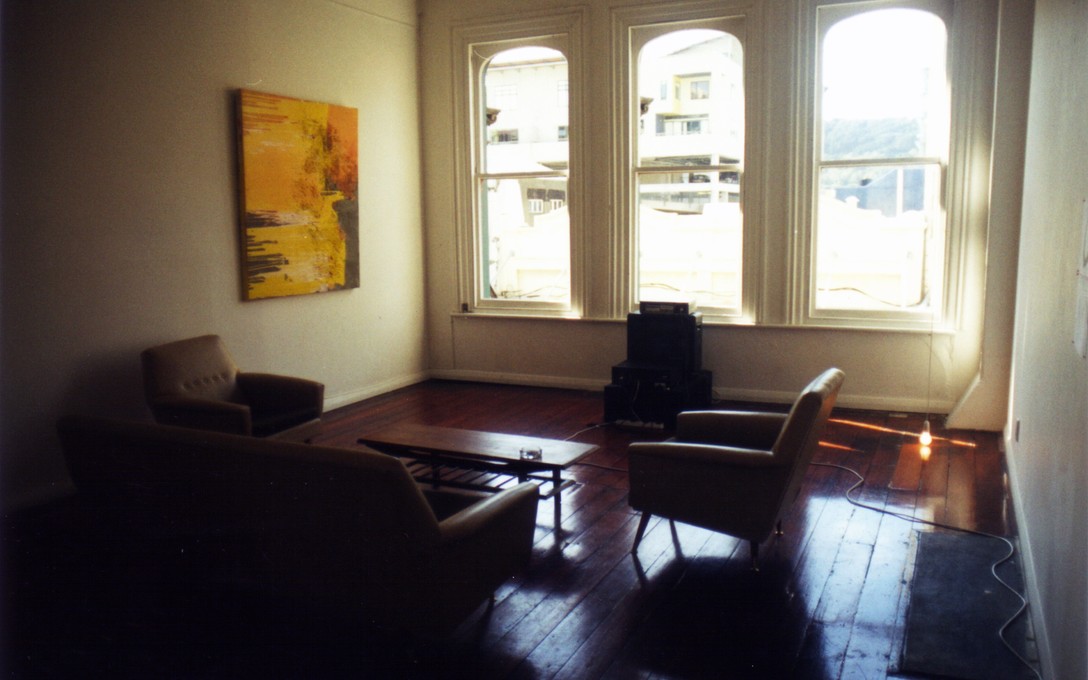