Through The Keyhole's three artists talk about guilt and shame in quite different ways. Some visitors peek through the keyhole for a moment at Olaf's video installation Keyhole Woman, 2012, and then seem to glance around to check if anyone has seen their voyeuristic action.

A very different reaction to those who happen to catch the provocative and humorous ending of Harris' Nicholas Girls, 2010; who end up laughing out loud and coming around the edge of the hanging panel looking a bit taken aback. For some, Keyhole Woman seems to give them a darker moment than this surprise; to make them feel like they have been caught sneaking, seeing something they shouldn't, with their hand in the cookie jar or with lipstick on their collar. Amituanai's photograph FAITALA (Gossip), 2004, is almost the feared manifestation of that sneaky action caught, the looks and whispers, the devastating judgment. 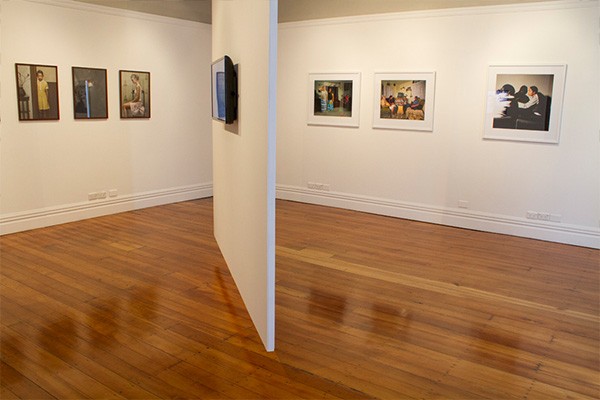 In opposition to guilt, shame is a feeling that I don't experience very often, maybe because I'm not very interesting and usually don't do anything to be shamed about. Psychologist Ruth D. Grainger argues, "guilt is the emotion that sends us a message that we have violated a personal standard, or have not met our own self-image. Shame is not meeting the expectations of others”. Guilt is so tied up in anxiety: a persistent feeling in the pit of your stomach that you aren't doing the right thing or well enough. Apparently this is called 'Toxic Guilt' which seems a bit harsh, but Joan Borysebko's two cents adds to the mix: "unhealthy guilt causes life to become organised around the need to avoid fear rather then the desire to share love." Bugger.

I certainly wouldn't lump myself into that category, but I can understand it. From being a student to a designer and all the other bits and pieces, sometimes my work has been about playing it safe, avoiding fear rather then jumping in and making something spectacular and a bit risqué. If you get good enough at this process you can still get an A or a pat on the back, or whatever reward you are looking for, but you don't love it. I particularly adopted this strategy as a student when things were really busy, or when feeling spread a bit thin (perhaps in hindsight like I was in danger of not meeting my own expectations). In 2010, my fourth year at University I went to see a talk by Wellington graphic artist Sarah Maxey at City Gallery. The talk was in sync with her piece Further Convictions Pending, 2010, at the Hirschfeld Gallery. At the time I was taking three papers that were really different from each other, and I felt so spread out, and like I wasn't particularly good at any of these things, and how was I ever going to survive in the real world. And then I heard Maxey talk about her work. She was completely in love with what she was doing, unapologetically so. She spent five minutes talking about her piece SOB and its different meanings, and the audience all just sat there captivated. 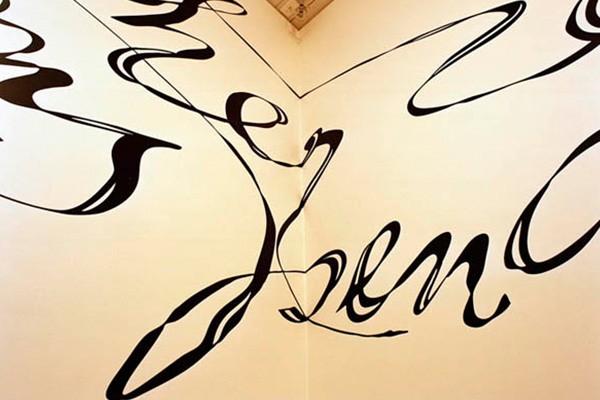 It made me feel like I didn't have to be good at all of this other rubbish; that I was allowed to be a specialist, and I didn't owe anyone an explanation. You are allowed to do what you love, and do it without feeling anxious. Grainger suggests asking yourself how feeling guilt/shame influences you. "Is it a warning that you haven't met your own standards? Does that warning spur you to function at a higher level, achieving your potential? Or does feeling guilt or shame actually deter you from meeting your true standards?" Guilt and anxiety can definitely hold us back from genuinely being creative, from letting our freak flag fly, and probably most importantly from enjoying what we are doing. Sometimes everyone needs to remember that, so the next time I peek through a keyhole (figuratively) I will take a picture, put it on Facebook, and not apologise.