Two weeks and a myriad of paint later, it is complete. 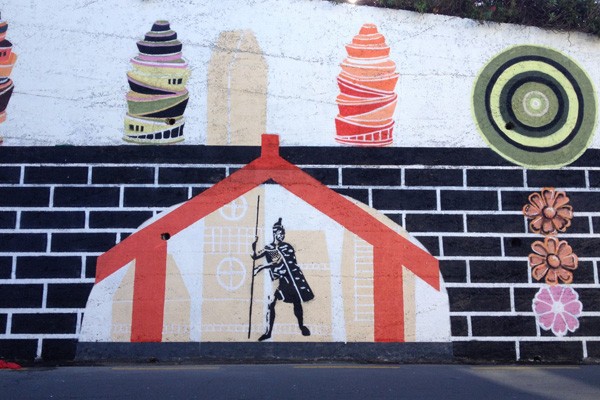 Located on the top of Hopper Street, Mount Cook, artist Sheyne Tuffery and his group of dedicated Massey University student volunteers have produced an artwork which both complements and reflects its urban setting. 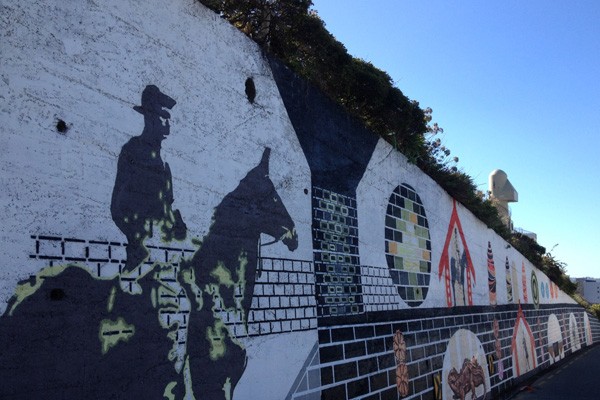 Traversing what used to be an enormously bland concrete wall, the mural's bold and colourful motifs explore the history of Mount Cook. It is no surprise that throughout the process of completion public response was extremely positive; with people stopping by to photograph, ask questions and discuss their own experiences and knowledge of the Mount Cook area. 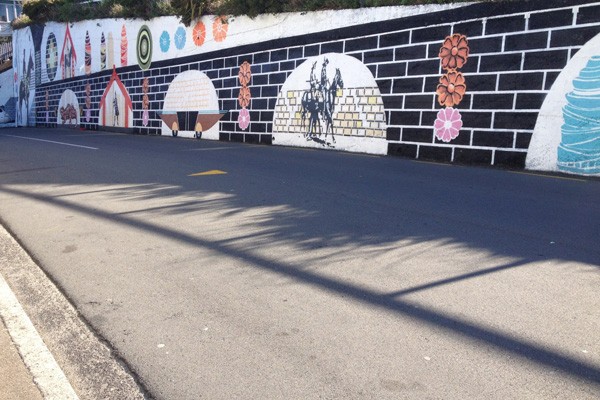 At each stage of production I was enthralled to witness all of the parts come together, and just how well Massey University Students worked alongside artist, Sheyne Tuffery, towards a unified goal. There is no doubt that this mural will continue to be a defining feature of Hopper Street.