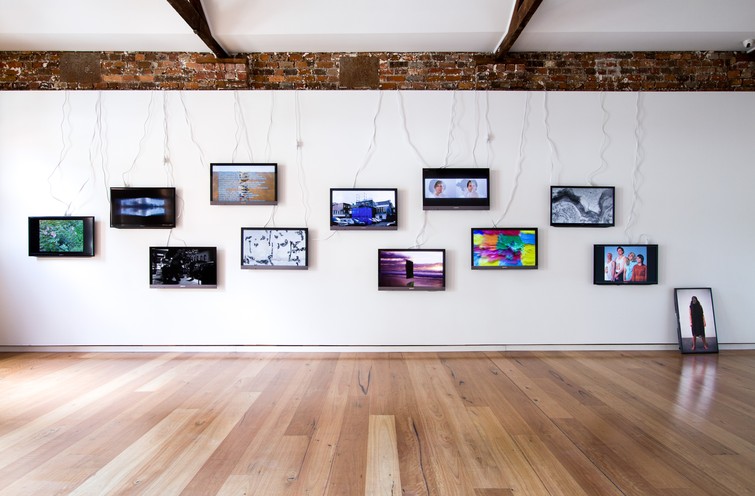 This exhibition was been organised by Screen Space Co-Directors Simone Hine and Kyle Weise and presented as part of Channels: The Australian Video Art Festival

Screen Space is an independent not-for profit art gallery that opened in 2010. Screen Space is rent-free for artists and curators and incorporates four exhibition spaces within a converted warehouse in Melbourne’s CBD. The gallery has a curatorial focus on exhibitions that incorporate screen technology or which engage with screen culture, regardless of medium. The 2015 Screen Space program includes exhibitions by local, interstate and international artists and curators.