Ciaran's was the first show in the Siren series.

Exhibition viewers were confronted by large images of calm people following procedure for disaster. These images were large-scale drawings of the diagrams found on laminated in-flight evacuation instruction cards. The diagrams were drawn in hasty paint-work, contrasting with the methodical approach the subjects were taking to the procedure.

Almost life size, and placed in sequence around the gallery, the diagrams were given a physicality as viewers were forced to navigate the space.

The large diagrams offered an experiential approach to potential disaster instruction. Accompanying the images was background sound; the wails of internal sirens, and speaker announcements from an aircraft carrier. The aircraft carrier reference offered a reversal of the aerial focus of the diagrams – the potential emergency resulting in the safe meeting of sea and sky. 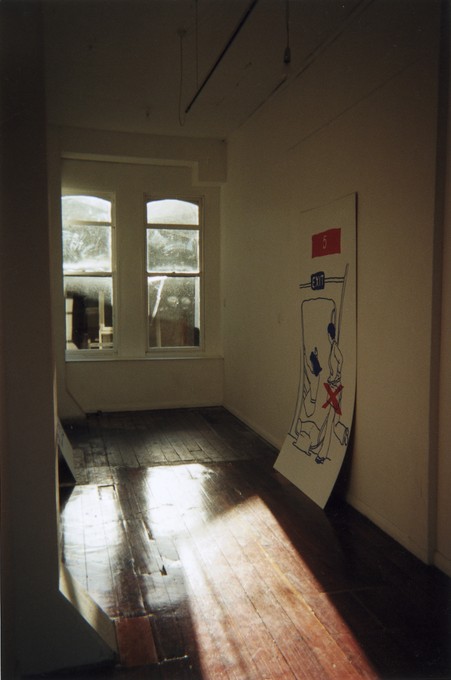