Douglas Bagnall created a machine that takes the hard work out of cloud watching.

Cloud gazing is an activity not many of us find the time for these days. It is with fond memories though that I recall peering up at the sky in the hope of seeing admirable cloud formations or finding familiar shapes. It kept a keen watch on the sky from the window of Enjoy, classifying and storing each cloud shape as it passed by. The machine was trained to recognise the types of clouds visitors liked, and presented these on request when the audience interacted with it via http://cloudy.halo.gen.nz . Cloud Shape Classifier could be trained individually or collectively through the shared classifiers. Within the gallery space, the machine presented clouds it recognised as similar to those chosen as collective favourites, with the opportunity also for visitors to continue training the machine and refining the best cloud ever.

Cosing performance
Explosions Of A River Of
Friday 1 September, 6pm

Explosions Of A River Of was a band formed to pay 'tribute' to Douglas Bagnall's music industry simulator or song writing machine by performing cover versions of the machines musical compositions as found at http://schubert.halo.gen.nz. Frequently absurd, nonsensical and hilariously ill-conceived the machines 'songs' were a formidable challenge to perform. In the spirit of the project the musicians performed the songs in the guise of imagined rock performers.

A public programme running in conjunction with Douglas Bagnall's project, this was the second screening in an ongoing series of films presented in collaboration with The Film Archive. This series hopes to develop a conversation between organisations and art forms. 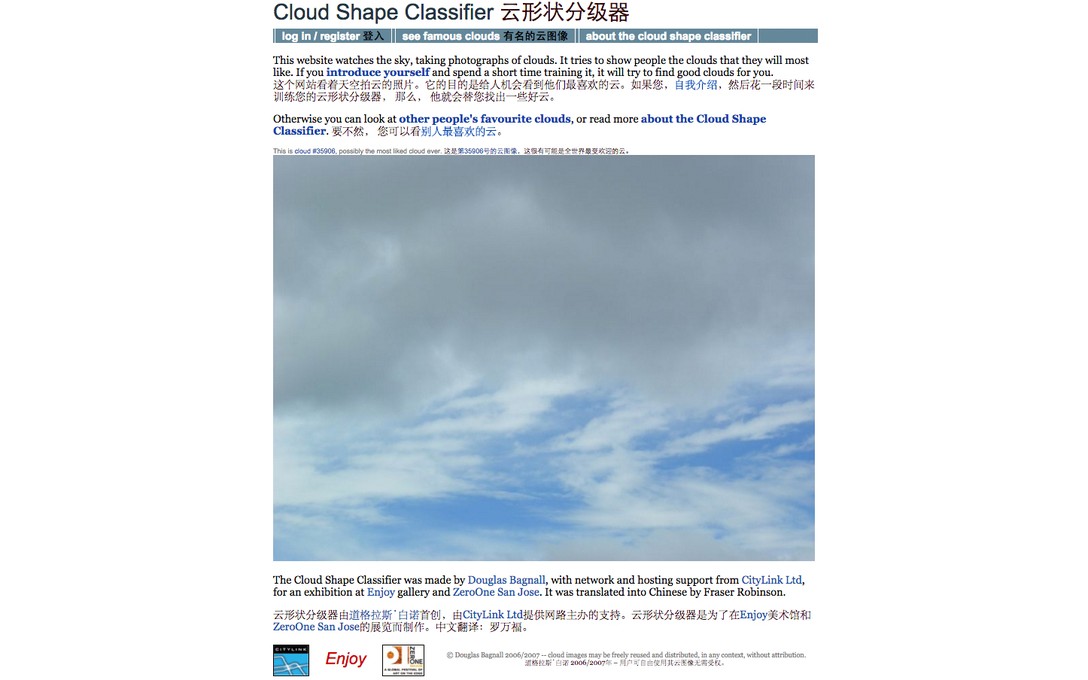 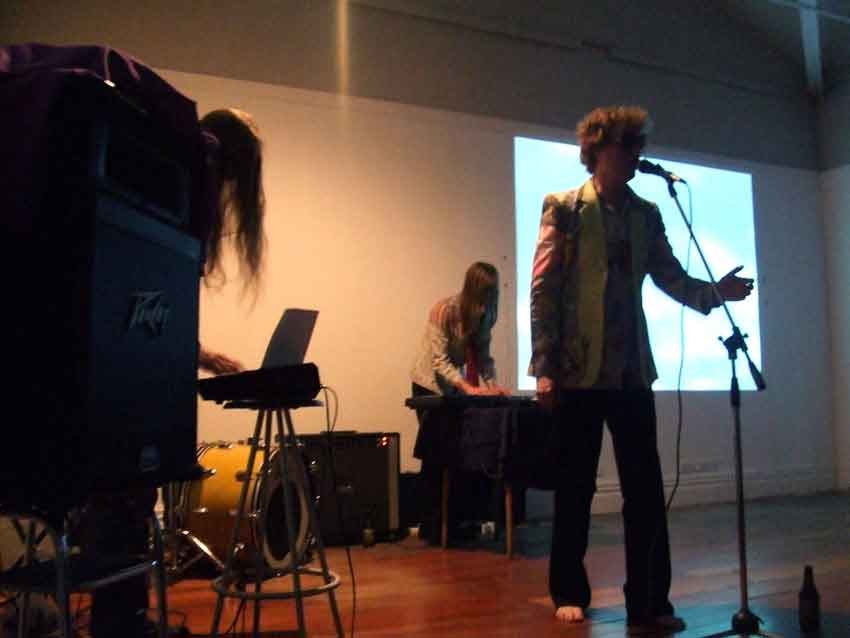 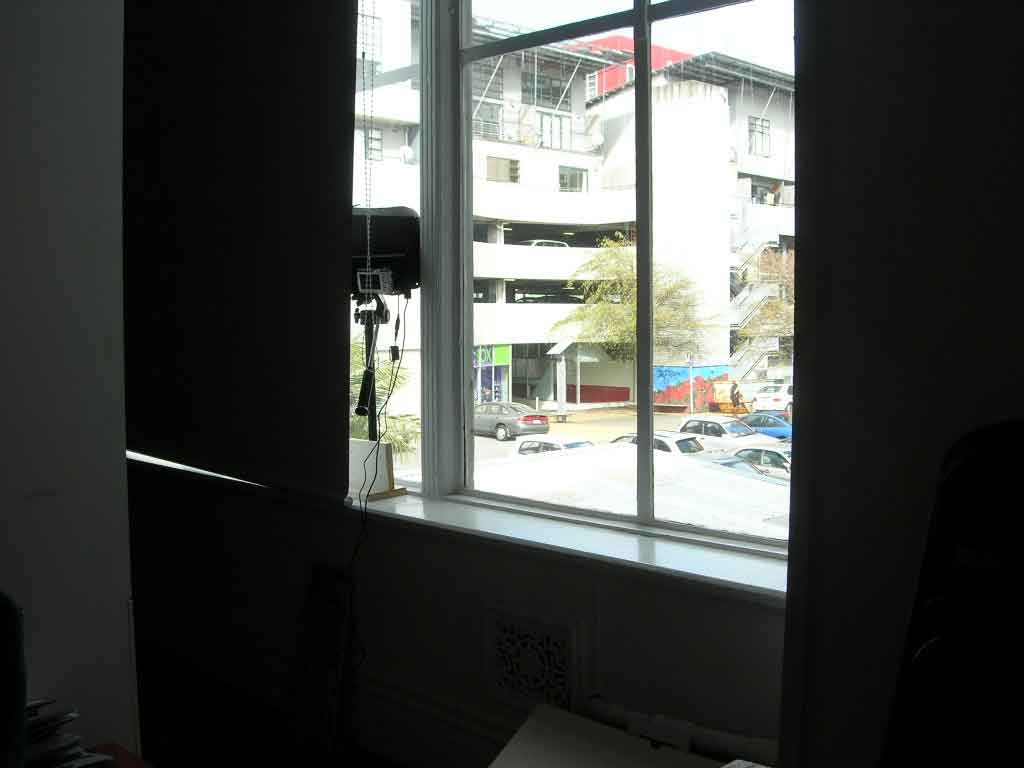 Cosing performance by Explosions Of A River Of.

Cloud Shape Classifier was also part of ZeroOne San Jose, ISEA 2006. Douglas Bagnall is an artist and programmer based in Wellington.