Please join us to celebrate the launch of Look out, Fred!, a new publication that revisits Evangeline Riddiford Graham’s exhibition of the same title, held at Enjoy in April 2017.

Considering the interplay between contemporary myth-making and classical texts, Riddiford Graham’s exhibition interrogated archetypal characters and modes of storytelling. Drawing on an atmospheric and suggestive script, the artist worked with two voice actors to develop spoken word audio pieces questioning the relationship between the cowboy ‘Fred’, and his Echo or alter-ego.

The publication, designed by Ella Sutherland, translates this script into a playful typographic score that explores language as material, and blurs distinctions between performance, notation and document. Accompanied by essays by Akil Kirlew and Sophie Davis, Look out, Fred! also includes a newly commissioned photographic series by Tim Wagg, developed in response to the exhibition.

Copies of the publication will be available for $20, cash only. 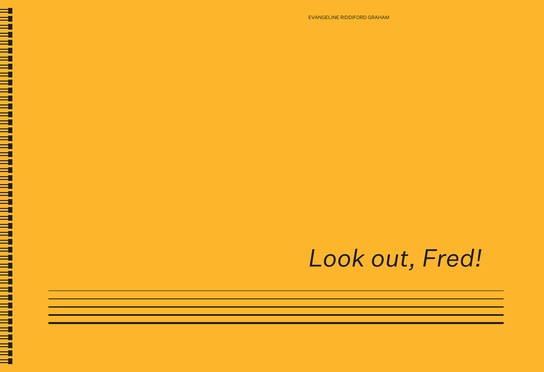