As part of the From Enjoy series, this work was a new take on the found object approach to art, mixed with a kind of performance. Enjoy staff members wearing nametags kept a vigilant eye on a specific parking space directly across the road from the gallery. This parking space was made free to members of the public. The staff would make sure that any car parking in the space had its parking paid for and was presented with a sticker which said that they had parked for free as part of an exhibition at Enjoy

The work was viewed as a performance as well as an object-based show. The space being paid for and viewed became the exhibition space for the show (a space, chalked white prior to the show, which unfortunately washed away by rain before the show began). Each car parked became the exhibited object. As well as this the act of putting money in the meter and explaining the situation to people was a regular performance also viewable from the gallery. 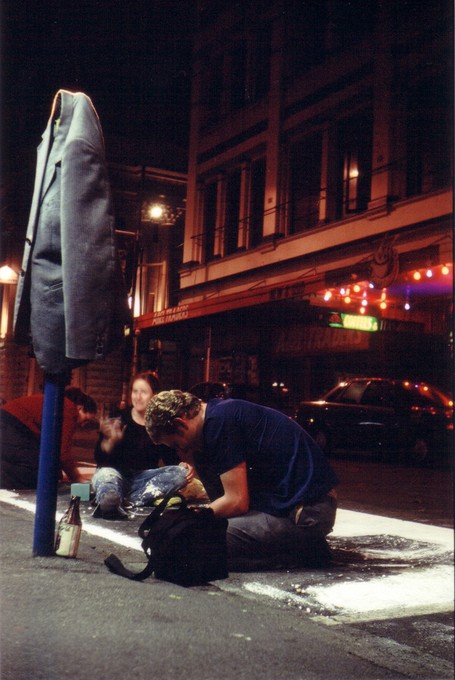