In this new immersive exhibition, Ko wai a Māpihi? This is not water, architect and design practitioners Nick Denton and Cae Heke hold space for Waimapihi to be seen and heard again in the city. Formed as a living room, the exhibition recognises the mana of Waimapihi as a living essence, portraying the duality of her whakapapa and colonial history, and challenging the Resource Management Act 1991 definition of ‘water’ that excludes water found in any pipe, tank or cistern.

The exhibition includes work by taonga pūoro artist Ruby Solly (Kai Tahu, Waitaha, Kāti Māmoe), and toi kupu / writing by Hana Buchanan (Ngāti Haumia, Taranaki and Te Atiawa). Interweaving photography, writing, video, sound, vinyl medium and GIS mapping, Ko wai a Māpihi? This is not water asks; what is the catchment of a stream we cannot see? What would Māpihi be supporting today and what is our relationship with her life-giving force? What definitions of the world can we use to make the spaces we wish to live within?

A poetic response by Hana Buchanan 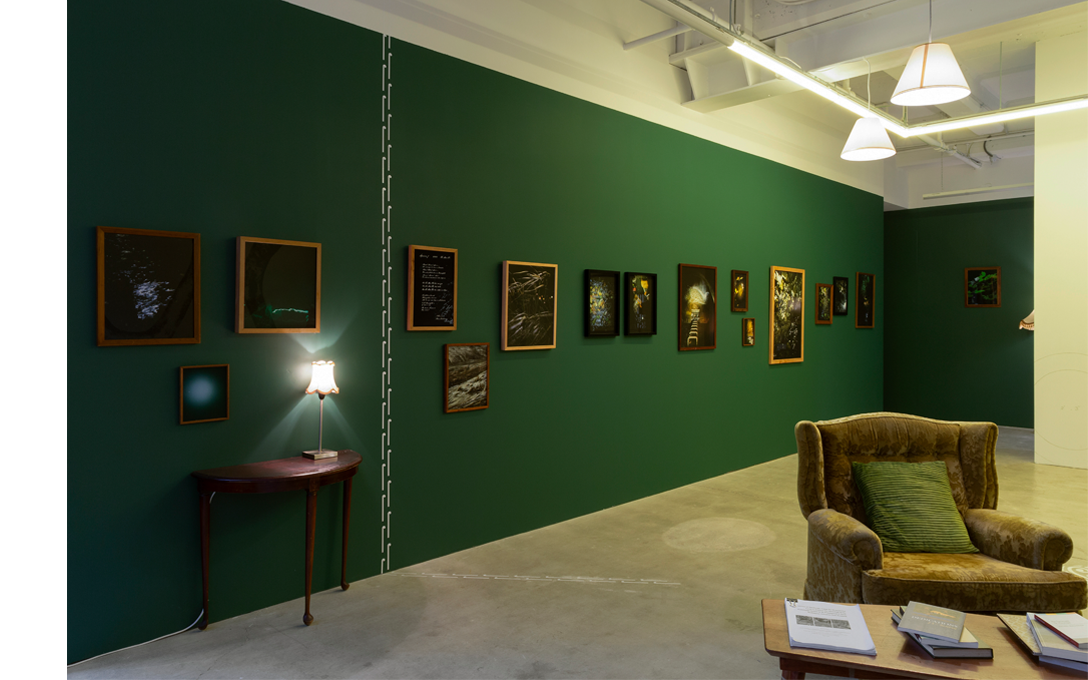 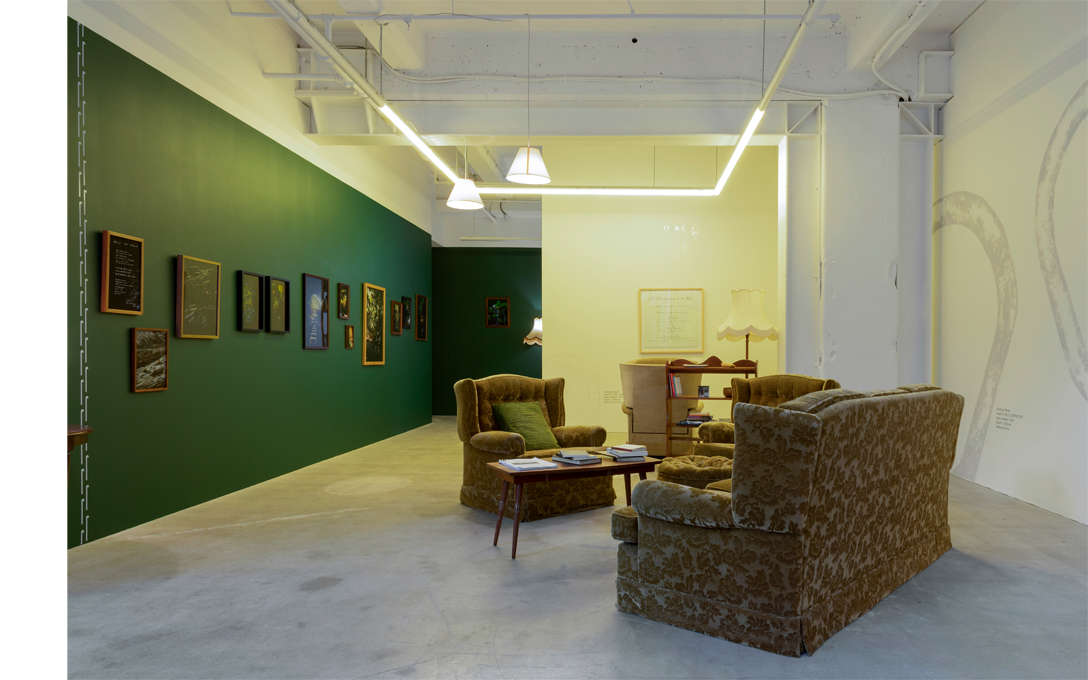 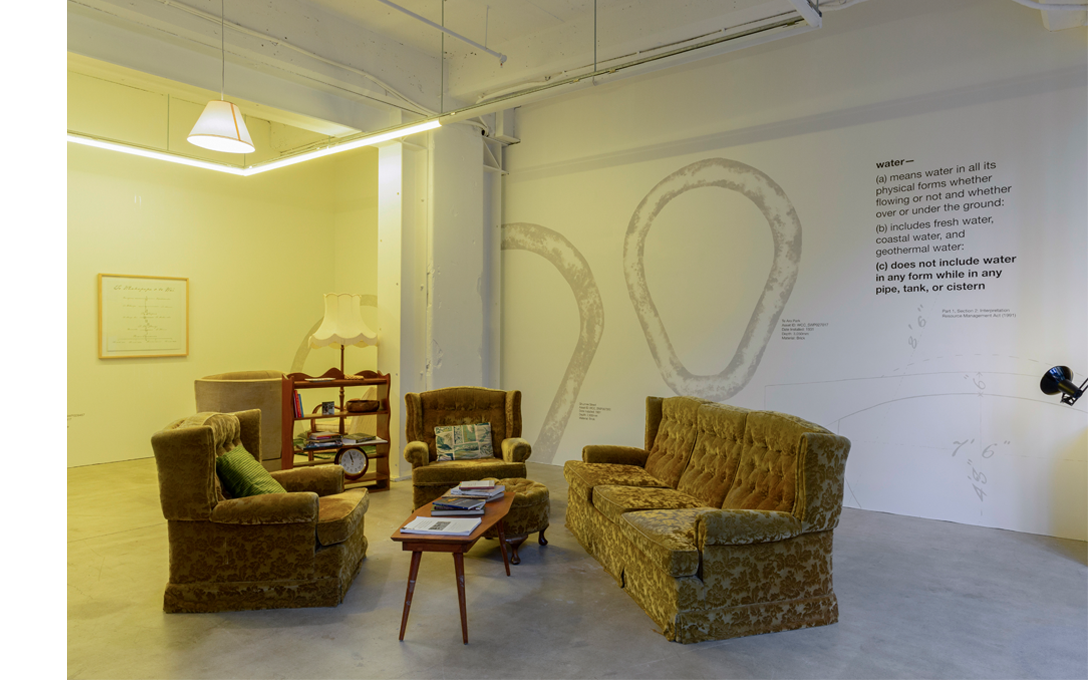 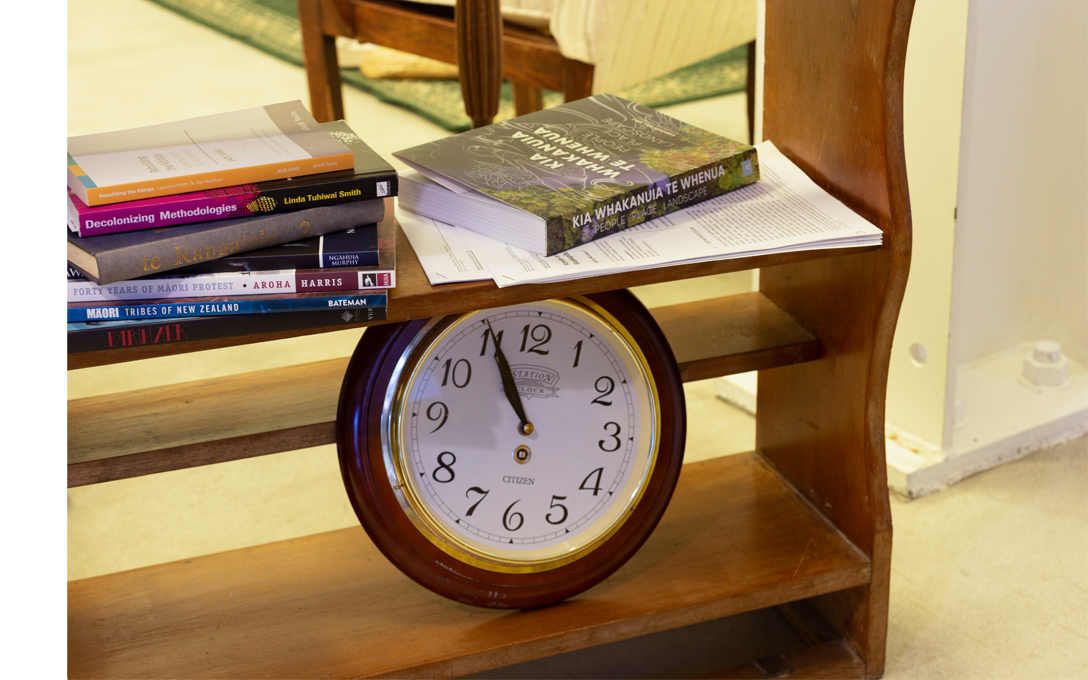 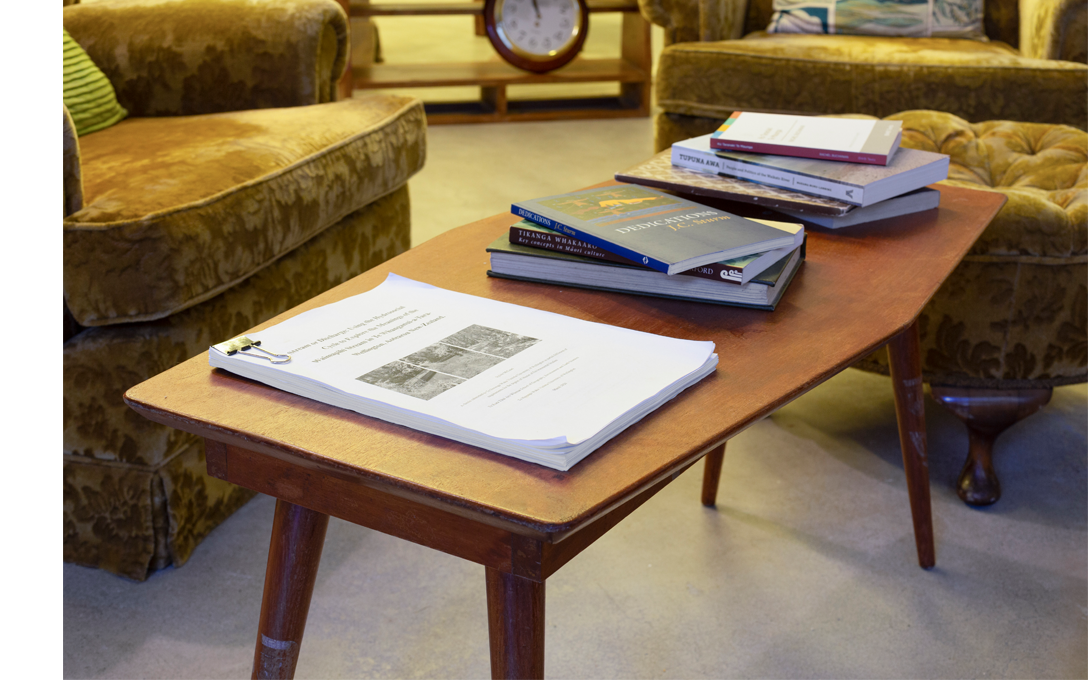 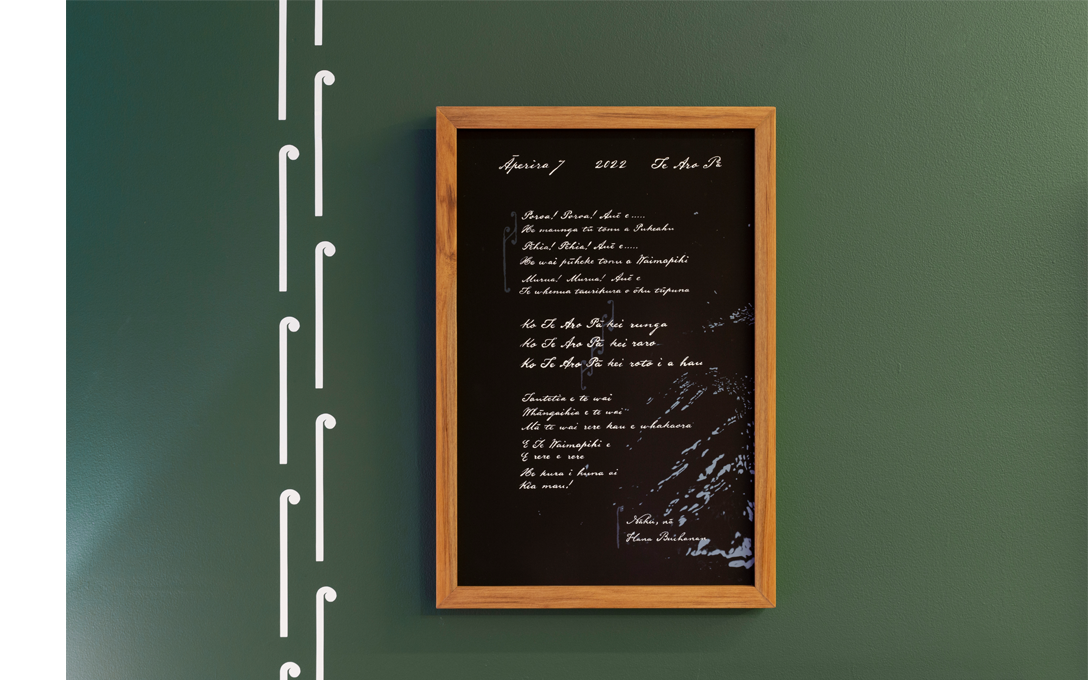 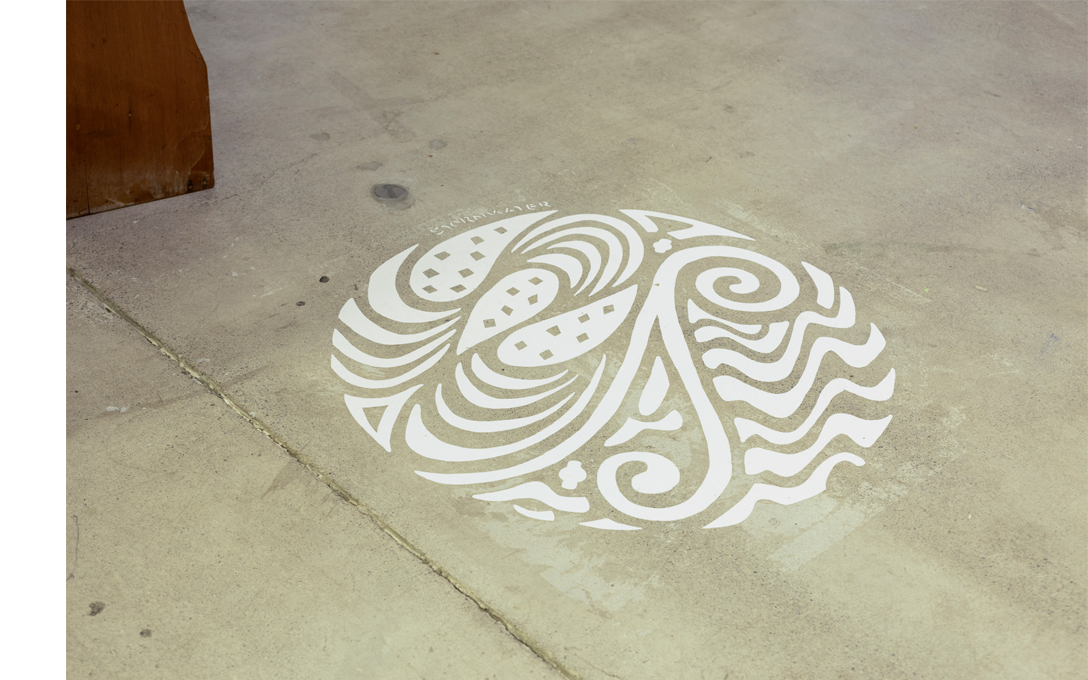 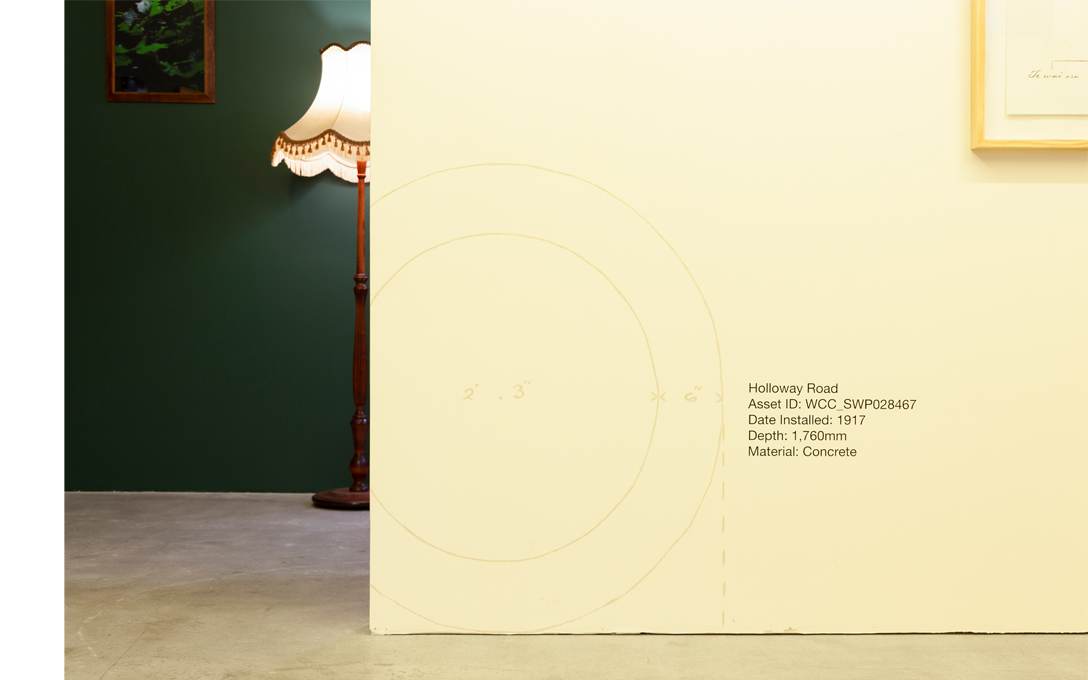 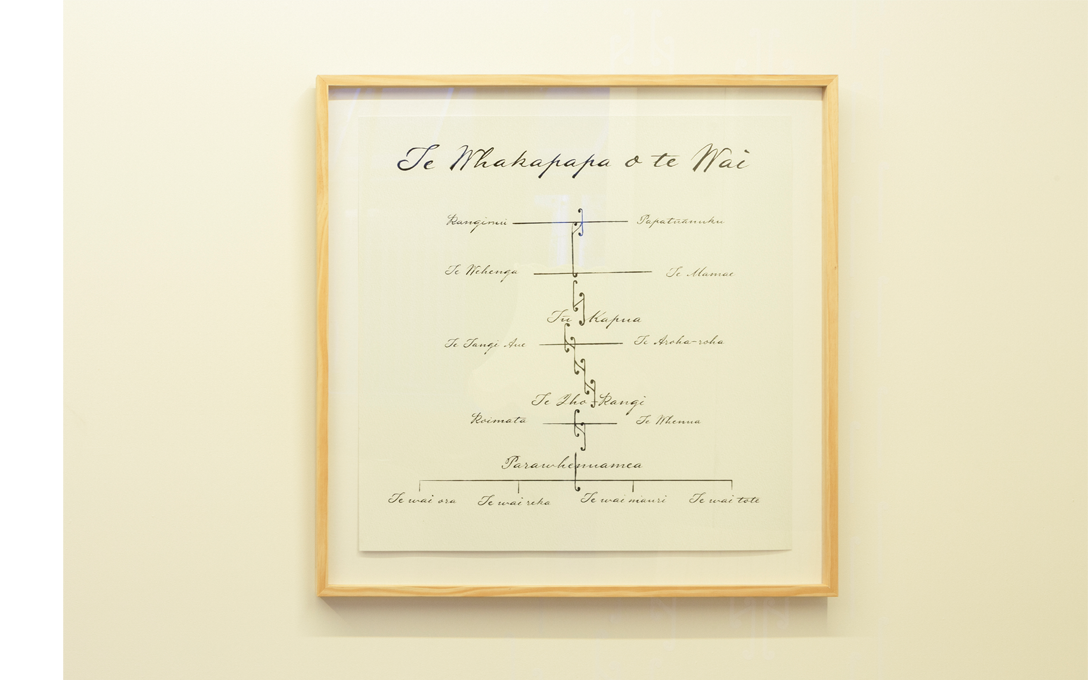 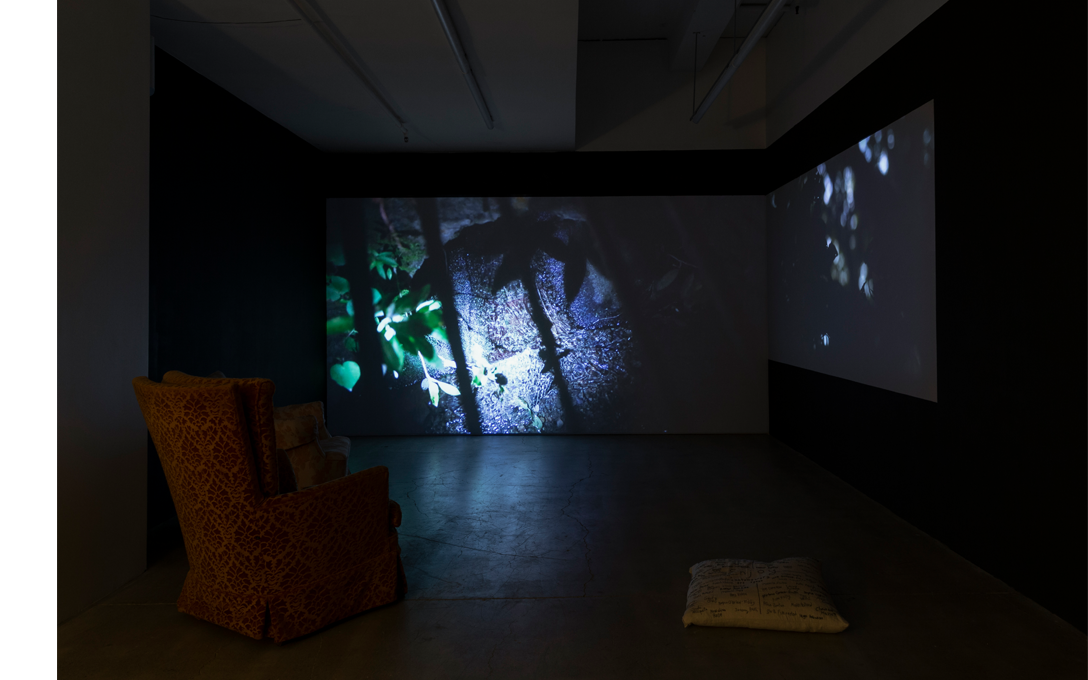 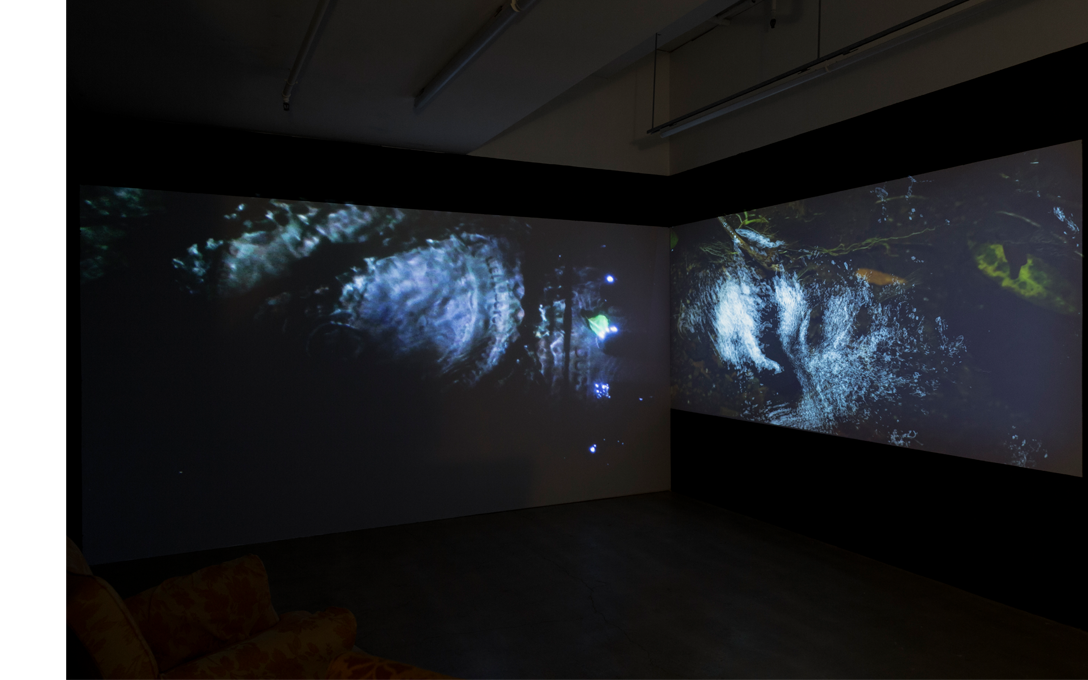 Watch Te Arā Waimapihi, the video component of Ko wai a Māpihi? This is not water on Vimeo.

Nick Denton is a tangata Tiriti architect and artist from Te Whanganui-a-Tara Wellington. His practice is motivated by questions of relationships, of our responsibilities and sense of place within our shared environments.

How do we create just and equitable places? How would we see the city if we knew the tuna as old as buildings that swim its rivers? How can a city centre indigenous sovereignty? Nick’s practice of photographic and digital image making, writing and spatial design seek to explore these questions, visualising relationships and spaces for community intervention and agency.

Nick graduated from Victoria University of Wellington with a Master of Architecture (Professional) in 2016, Bachelor of Architectural Studies (2014) and Bachelor of Science (2010). He is a registered architect and kaupapa whānau member of Ngā Aho.

Cae Te Wheoro Heke is a Ngā Puhi/Waikato artist and musician based in Te Whanganui-a-Tara.

Cae’s background is in toi Māori and industrial design, having graduated from Victoria University of Wellington with a Bachelor of Design Innovation (Hons) in 2017, Te Wananga o Aotearoa in 2020 and Te Wananga o Raukawa in 2021. She has a particular interest in mātauranga Māori and digital design; she applies this in her contributions to Te Ao Māori within design and artistic spaces.

She is currently practising as a freelance designer and illustrator, developing kaupapa Māori projects around Pōneke.