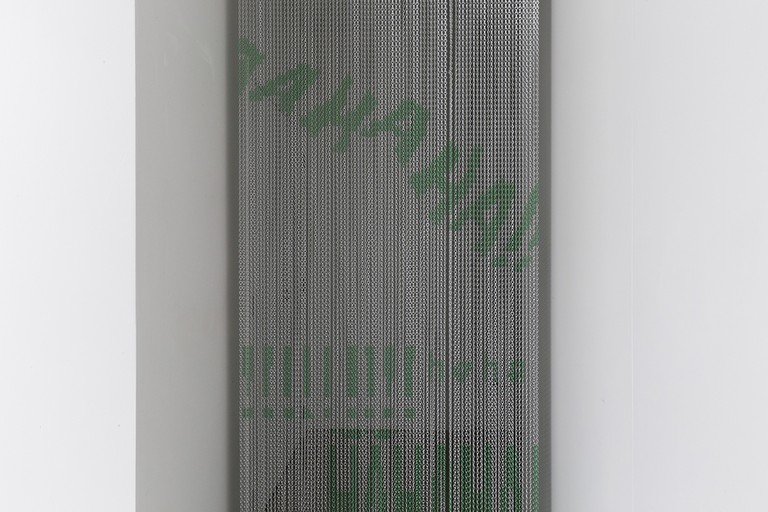 In one scene of the MTV animated series Daria, Daria—a relentlessly depressed and therefore relatable teen—has been chosen by a magazine editor to write about her experience at school. The editor, Val, calls Daria’s depression “edgy,” elaborating: “‘Edgy’ is going right up to the edge of the cliff and being able to see all the way down, and dancing anyway.”

If we accept a cartoon magazine editor’s definition, queers have been edgy since the beginning. Through navigating the spectrum between regulation and covertness, celebration and extinction, dancing is something that unifies queerness—both in the experience of queer life and in the popular understanding of just what being gay is. At times defined by our nightlife, queerness is a disco ball as much as it is an intimacy; it’s a hidden and coded glance as much as it is an obnoxiously loud parade. Dancing and partying for queer people are not only about entertainment, but about unquestionably dancing at the edge in a club called “No Future.”1

I’ve been plagued endlessly by serendipity while reflecting on Laura Duffy’s !ERROR!. Thinking about how her work evokes the very obvious sound stage sets of sci fi TV shows like Red Dwarf, I come across a video on TikTok detailing how people on the International Space Station use the toilet. The hole of the toilet is four inches wide, meaning that astronauts—the occupation of children’s dreams —revert to childhood by being subjected to toilet training. They aim through this four-inch hole complete with a camera so they can monitor their own movements. When they have mastered their use of the toilet, they can go to space. If the toilet becomes too full, they will need to put a glove on and push the shit further down into the toilet. Eventually, the waste is released into space, meaning that sometimes shooting stars are astronaut poo. This is a reality that only children could imagine. 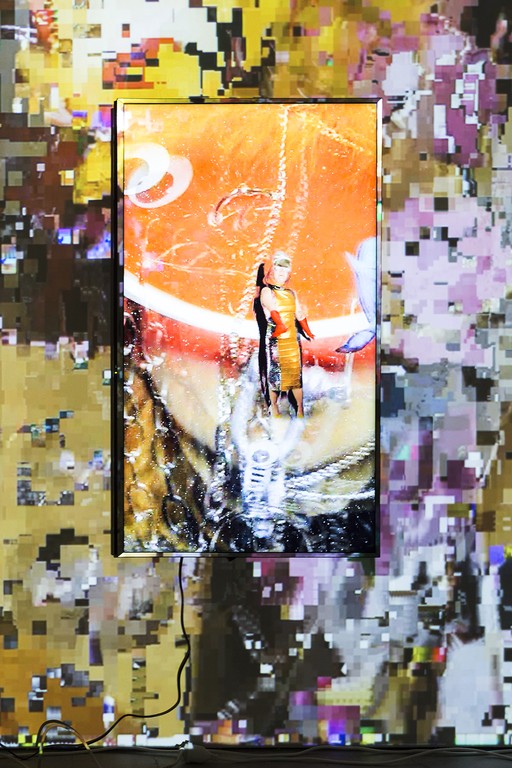 Space is ever present in !ERROR!, from being visually represented to being subtly referred to through its connotation to futurity. Duffy takes us on a queer time travel mission to a future we already loosely inhabit but with an unknown and untenable destination. It is a mission both of success and failure—there is no destination, so what kind of mission is it? Is it a mission of resistance, embodying Jack Halberstam’s queer failure,2 which is a politics of refusal? Here, it’s a refusal to make sense, to move from one place to another, to transform. Halberstam explores, from countercultural movements in the 1800s through to Pixar films, the revolutionary potential of failure, and the freedom that comes from clumsiness. Collectivity gives us freedom to be clumsy and awkward, as anyone who has been to a silent disco will attest. These collective missions or movements fail to reach their target, but are successful in that they refuse to conform, and therefore provide freedom to others.

Failure is not only present in the imagined mission of those dancing in Duffy’s works, but in how they’re captured and shown. The glitches, static and dismemberment of bodies and faces makes both the end point and the process unknowable. Static and glitches are material remainders of a failure to transmit a complete picture; a technological inability to reorder pixels in an arrangement that makes sense. Duffy brings visibility to the fore and cuts its head off, making the faces and bodies of those who appear in the films untraceable. It’s as though our dancers have watched Hito Steyerl’s How Not to Be Seen: A Fucking Didactic Educational .MOV File (2013)—a playful instructional video for tactics of invisibility in a data-soaked world of automated face recognition—and followed the instructions verbatim. If their faces are recognisable, the contortions they make, or the landscape they appear in won’t be, and their face will succumb to glitch. 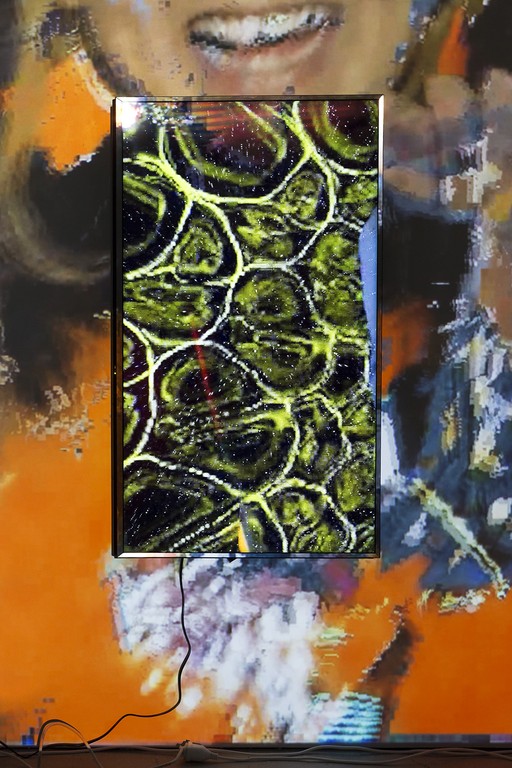 Visibility for queer people is a double-edged sword. Some call it a trap or a trapdoor. On the one hand, most queer people seem to accept that visibility of queerness would have been potentially, if not drastically, lifechanging to them as children. As children learning to make sense of themselves in a world of compulsory cis heterosexuality, visibility of the otherness you inhabit makes you feel less alone. It also allows you to picture a future. RuPaul’s Drag Race now features an annual segment where the final competitors must speak to a photo of themselves as a child, to tell them what the adult knows—that it will “all be ok.” It is a given that all contestants must cry when presented with an A4 print out of their child self. Then, they lip sync—dancing again at the edge.

However, visibility is what leads to the extreme and deplorable violence towards those most vulnerable in our community: trans women, and particularly trans women of colour. Despite other forms of violence decreasing this year in the United States, violence against trans women has reached an all-time high—since those records have been kept. Increased visibility, as RuPaul’s Drag Race can be testament to, also dilutes aspects of queer culture, making them accessible to kids in need, sure, but also easily digestible to those who are not part of the queer community. The vernacular pioneered by the very same trans women of colour who are now most at risk of violence can be recited with ease by cisgender straight people, divorced of its origins and of its refusal. 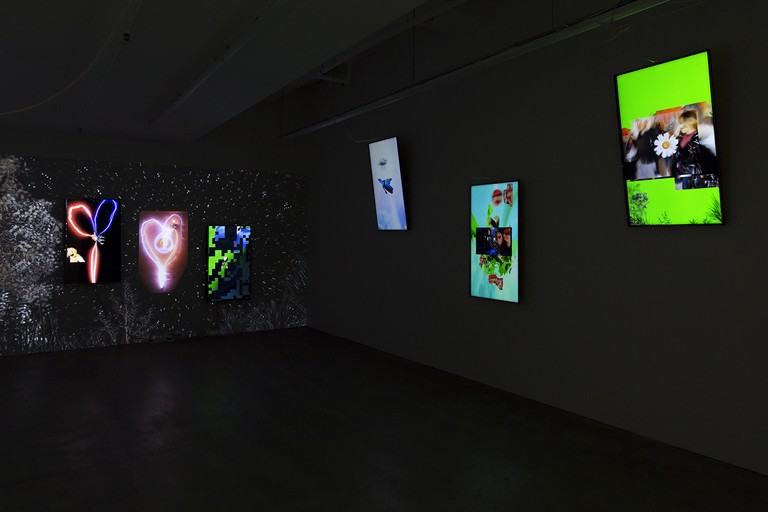 Returning to Duffy, it’s this refusal to be seen (or to be seen fully) that is a playful evocation of queer politics in the edges. One that is not a corporate sponsorship for marriage equality, but one that asks how and if we should be seen when visibility has so often been the goal. For some, visibility means acceptance, for others it means erasure. (Serendipity again, I’m writing this sentence on Coming Out Day.) Returning now to our inherently failed space mission, no one dancing seems quite sure that they want to reach a goal anyway—and this is perhaps the best way to articulate the frayed and confusing relationship to visibility that so many queer people have.

The familiarity and playfulness of !ERROR! moves beyond specific childhood memories of Red Dwarf and The Twilight Zone and instead to a conglomerate of imagined futures. Through Strange Stain’s soundscape, !ERROR!’s jarringly familiar and ominous tone draws upon these imagined and denied futures by textually layered noises reminiscent of sound effects that we are so well-trained to know mean the future.

The future, for the first time in a recent (mostly global) collective memory has changed. The basic luxuries that many in the West are used to, has been constrained or denied. Suddenly, we had to stop moving in our typically relentless quest for transformation and improvement. Duffy has oddly pre-empted the role that our home came to play as a social stage, with Zoom trivia nights and sing-a-longs becoming the unsuccessful norm. Just as so many television shows and films have imagined the future by reimagining what we already do but digitally, COVID-19 made us all into failed futurists hellbent on trying to make dancing happen via our laptops to replicate the social spaces critical to our identities and our symbolic freedom. Just as Duffy’s time travellers shift a table covered in wine bottles and ashtrays between spaces (and therefore potentially worlds), our COVID-19 existence was one of slight movements and virtual replication of our social worlds.

Serendipity again when I am reminded of Duffy’s work when actor Glenn Close posts a series of images to Instagram creating an at-home replica costume for the 101 Dalmatians movie villain that she portrayed in the mid 1990s, Cruella De Vil. Close appears shocked in each image—possibly at herself or the world or both—and holds a makeshift cigarette holder (in this case a painted chopstick) in gloved hands with nails poking through. Duffy’s costumes are from the same makeshift store worn with the same amount of abject horror; an assemblage of queerness from plastic chains to pierced hats. The sartorial irreverence is also reminiscent of the role fashion has played in imagining the future that so often overlaps with queer looks. 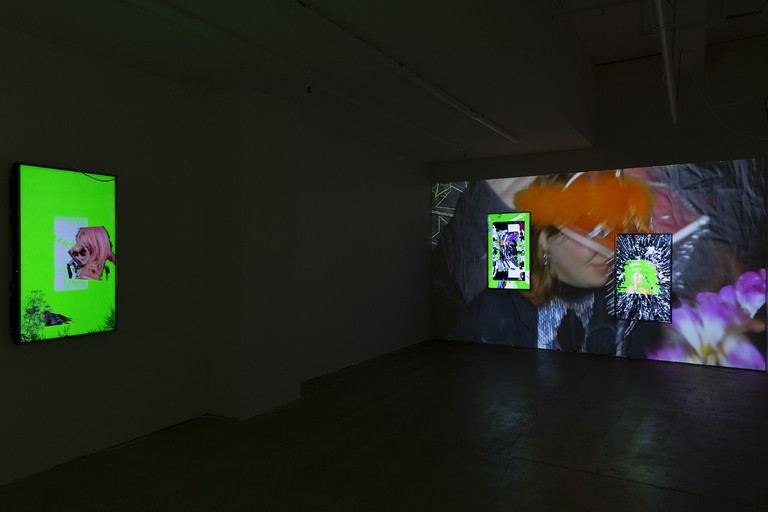 Duffy’s work embodies the feeling of queer value—that is, finding new value in the mundane or unremarkable. Here campness extends from beyond clothing and movement to the very arrangement of people and places. In her video compositions as portraits, a wig is just as important as a portal to another world (which, arguably, a wig sometimes is anyway). Flowers and plants are denied their natural landscapes and placed within disembodied portraits where the subjects refuse to stay still or be seen.

I’ve been referring to Duffy’s subjects as having agency precisely because they seem to. Although the images are manipulated and their movements placed in an order she has chosen, !ERROR!’s subjects seem to tilt light and sound through their movements, their laughter and their gaze. We’re being cruised but we cannot look back, because eye contact never stays for long enough, and the glitchy vectors of colour take over the forms of faces and bodies.

In a universe where shooting stars are jettisoned astronaut shit, !ERROR! is a playful, coded act of queer refusal, where a group of people dance amongst the shit: the future. Ha Ha, let’s dance.