Over the years my dad and I have had a number of conversations about, well I suppose you could only say, “race relations” in New Zealand. He and my mother emigrated here from the United Kingdom the year before I was born, both the products of that country’s post-war social experiment: educated as their parents had not been, cared for by the National Health Service and employed in recently nationalised industries. Therefore, for him social justice meant equality through equal access to these things, and the affirmative action policies being implemented in New Zealand in the 80s, such as the appointment of Maori student liaison staff at the Polytechnic where he worked, were anathemas. For my part, I argued Maori had a grievance that needed to be addressed, and the ferment of the times was exciting evidence of the vitality of difference: Baxter’s Jerusalem, Bastion Point and the ’81 anti-Springbok Tour marches. “My generation” and I were sick of the bland sameness of what Roger Douglas described as “the Eastern Europe of the South Pacific”: the one kind of beer with two different labels, the locally made beige “Prince Ferrari” shirts bought from Woolworths, tasteless Colby cheese, Gregg’s instant coffee and the music...oh, the music. Pop/rock Hello Sailor or the hippie zaniness of Blerta was as good as it got.

And art. Gordon H. Brown and Hamish Keith in “an introduction to New Zealand Painting 1839-1980” describe our Art History as an “orientation towards landscape... and a positive response...to the distinctive qualities of New Zealand light” on the one hand, and on the other as a “problem of the remoteness of New Zealand from any of the major centres of Western art.” They seemed to say all that needed to be said, our art suffered the elegant Modern simplicity of a binary opposition between nationalism and internationalism, bound to provincial disappointment. Artists either stayed and painted sun-drenched hills or left for the United Kingdom to become bitter-drinking suburban reptiles.

It would be natural to think that New Zealand is far away from the baroque: perhaps dour and once protestant, down in the South Pacific and colonised in the nineteenth century by the British for whom the baroque had only ever been a soured flirtation. The suggestion there might now be baroque tendencies in our contemporary culture is faintly ludicrous; it seems to neither suit our history, our sense of identity, nor the good taste we pride ourselves on. And yet, here and now, it is so obvious. Indeed, look at the evidence, the “visual and ideological similarities between the selected works, and the affinities they share with the Baroque period, are striking”.

How is it that “quotation of the Baroque can influence our interpretations of artworks in both the past and the present”?

The most immediate answer to this question is it’s a Post-modern thing. The monolithic essentialism of Modernism came to be replaced by pluralism in the arts just as the neo-liberal economics of the 1984 Labour government swept aside Robert Muldoon’s Think Big planned economy. Omar Calabrese makes a convincing argument for this in “Neo-Baroque: A Sign of the Times”, describing the

neo-baroque as “a search for and valorization of forms that display a loss of entirety, totality and system in favor of instability, poly-dimensionality and change”. And you don’t have to read the book to get it, just look at its cover design. If this essay were a book, I might try to convince you that we live in baroque times by detailing the formal characteristics of our art, evidently Post-modern baroque qualities such as appropriation and pastiche, complexity and ornamentation or an emphasis on theatricality and sensuality.

But I would then have to be careful not to institute yet more unproductive binary thinking by positioning the baroque as opposed to the Modern. I don’t want to do this, because I begin to wonder that even if my dad wasn’t right, he was also not wrong. Looking back, our family’s Vauxhall Viva, assembled down the road at the General Motors plant in Trentham from bits made in the United Kingdom, was gold and kinda funky. Maybe it’s nostalgia, because I find myself looking in op-shops for those shirts to wear with my carefully online-purchased Levis 514s and Converse sneakers. And although I don’t think I’ll ever drink instant coffee again, Colby cheese is not bad on a pizza and it’s affordable the way buffalo mozzarella isn’t. Nor do I forget Split Enz or the Suburban Reptiles accompanied by a pint. Even our Art History starts to look more complex
and interesting than it ever did, both those artists who stayed and those who left. Think about sculptor John Panting, New Zealand born London-based, whose work can be seen as fitting into the lineage of late modern constructivist sculpture and yet, with a small twist, appears complex, uncertain and dynamic—in a word baroque—in ways that his immediate influences, such as Anthony Caro, do not. Or the architect John Scott, because look at his Maori Battalion Memorial Hall in Palmerston North, commissioned in 1954 and opened ten years later, and wonder at its oddness: a modernist carcass of a building trimmed with carved panels outside and tukutuku inside, this is the global weirdly, beautifully manifest locally. Our art was (and is) always somewhere else,a somewhere that is continually emerging out of trans-cultural flux.

The baroque has “been with us all the way...”

No, we need to start looking for a third way, other ways to understand ourselves and the various peoples, Pakeha or Palangi, Pasifika, Bidjara man, that we are, whether visitors temporary or permanent to Aotearoa New Zealand. Otherwise we are stuck with no alternative to neo-liberalism. 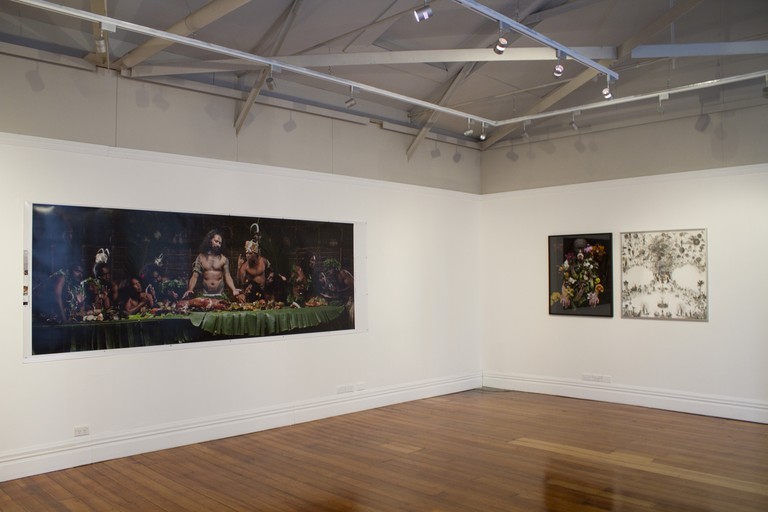 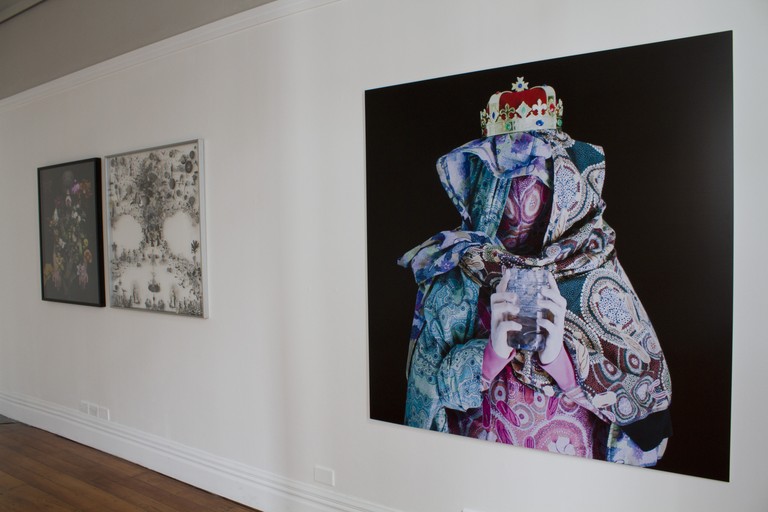