Madness and class struggle in the onset of climate change 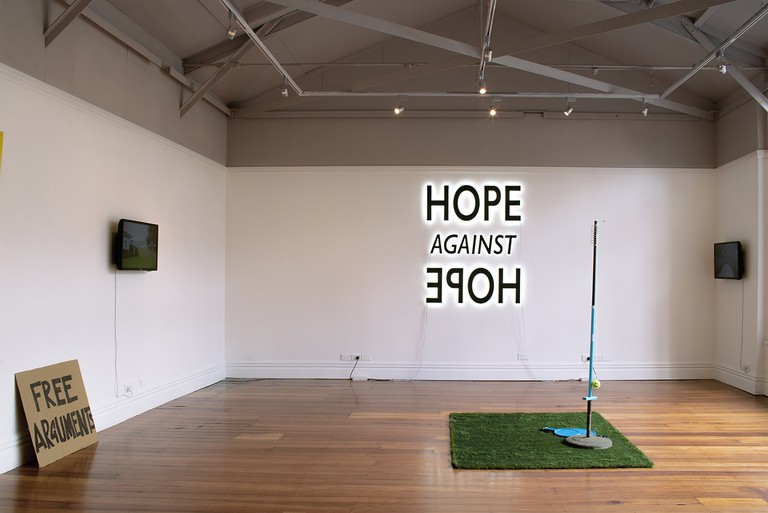 What should we aspire to, any more?

Last semester, before copper wiring set the University of Auckland’s Human Sciences Building on fire and asbestos cladding put it out, I was assigned an office with a view of the sea. If I leaned my body out, out, out of the window and craned my head north, I could see the shining, slimy Waitematā. In October 2018, the United Nations Intergovernmental Panel on Climate Change released a report demonstrating that, unless global warming is limited to 1.5°C, the planet will undergo terminal ecological collapse.1 The university moved me out of my smoke-filled office and put me in the basement, where one day soon warm water may lap.

In this climate, what should we aspire to any more?

We are offered, in this moment, a set of mutually exclusive commands. On one hand, we are required to go to our jobs, work hard and keep our heads down whenever anyone talks about wages or conditions, lest we end up unemployed, homeless and starving. On the other hand, we have the objective certainty that our current mode of production will cause the absolute extermination of all human life on Earth.

Economic policy is written atop this towering contradiction. A United States Department of Transport report from July 2018 justified its decision not to mandate improved fuel efficiency for cars. The report argued that “the Proposed Action and alternatives could marginally increase the impacts of climate change that would otherwise occur under the No Action Alternative... because the projected increases in CO2 and climate effects are extremely small compared with total projected future climate change, they would only marginally increase the potential risks associated with climate change.”2

In this era, a foundational assumption of our rulers’ plans for our future is climatic apocalypse. We must continue producing, they propose, even if the sky falls, even if the soil dies, even if the ocean rises up to drown us.

In his work on linguistic systems theory, Gregory Bateson developed a speculative theory regarding the origin of schizophrenia. Instead of thinking about schizophrenia in terms of biological aberration, disease or pathology, Bateson argues that what we call “schizophrenia” should more properly be understood as an adaptation to a problem of communication, which he called the double bind.3 I will propose a slight modification of Bateson’s formula, which allows us to understand Hybrid Spring as a commentary on a double bind.

A double bind, simply put, is a situation in which we are subject to two mutually-contradictory imperatives. In the act of fulfilling the terms of one imperative, we necessarily fail the terms of another. One of these injunctions is posed in a more abstract or metaphorical way, making the entire situation deniable on the part of whoever has set it up. In a double bind, we are incapable of acting without being punished for it and incapable of communicating that the situation is unfair, impossible, unsurvivable.

Bateson gives the example of a mother whose child makes her feel anxious or hostile. Knowing that these feelings are inappropriate, the mother simulates affectionate behaviour toward the child, and withdraws her affection if the child does not respond appropriately. The overt injunction, “React to me like I’m a loving parent,” is contradicted by a wholly abstract injunction, “Being near you sickens me.” The contradiction is entirely impossible to acknowledge. Approaching mother provokes punishment, withdrawing from mother provokes punishment, and pointing out that her behaviour is contradictory provokes punishment.4

This impossible conundrum reappears across the social field. Anywhere that someone is trapped in a double bind in this way, we find a person convulsing with delirium. In enduring this suffering long enough, “the human being is like any self-correcting system which has lost its governor; it spirals into never-ending, but always systematic, distortions."5 In an effort to escape the contradiction, the sufferer might chase after the abstraction of the injunction they have failed, fleeing into ever more elaborate and incomprehensible realms of metaphor. Alternatively, they might completely disavow any form of subtextual communication, and in the process “give up trying to discriminate between levels of message and treat all messages as unimportant or to be laughed at.6

In all cases, Bateson argues, the process is catastrophically damaging. The fusion of terror and language produced by the double bind destroys our ability to communicate, leaving us in a condition interpreted by biomedical science as schizophrenia. To be in a double bind, Bateson argues, is to live in a world in which only anguish is possible. The double bind is world-encompassing; it is suffering made planetary. 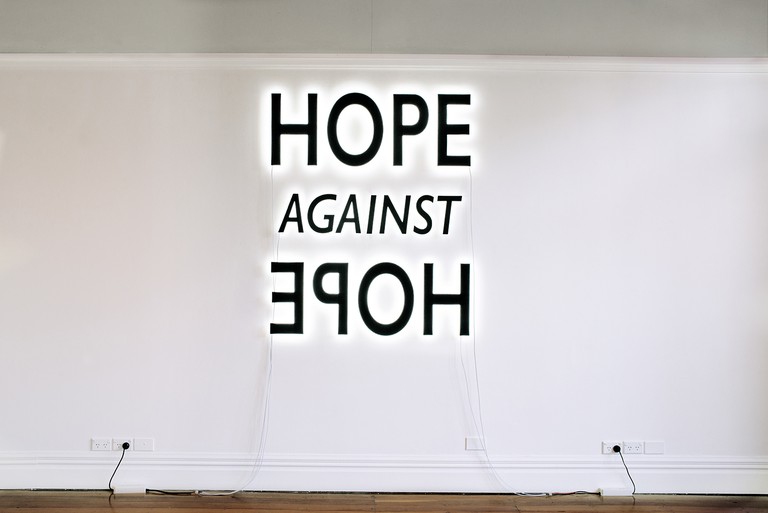 Bateson’s theory is valuable, but incorrect insofar as he theorises the double bind as a primarily interpersonal phenomenon. Instead, I think it is valuable to look at how the double bind can describe wider social relations. As individuals, we might be shaped by the interpersonal relationships we share with other people. Society, however, is the outcome not of interpersonal relationships but of bigger, structural relations. In order for society to exist, it must be materially reproduced through the production and distribution of the goods necessary for our daily existence. Karl Marx argues in his preface to A Contribution to the Critique of Political Economy that “the mode of production of material life conditions the general process of social, political and intellectual life.”7 It is therefore from the perspective of the relationship between owners and producers, bosses and workers, exploiters and exploited that we must proceed if we are to understand our social, political and intellectual existence.

Hybrid Spring confronts us with this relation and our place within it. Last October, I participated in the community blockade of the New Zealand Defence Industry Association Forum in Palmerston North as a member of Organise Aotearoa, a new nationwide socialist organisation.8 During my trip, I visited Enjoy to see Hybrid Spring. Entering the gallery space, my first sight was Deborah Rundle’s Hope Against Hope (2018) illuminated on the far wall. This piece clearly demonstrates the exhibition’s preoccupation with the contradictory imperative. Rundle draws out the conflict internal to desire in the political-economic context we have inherited. We are coming to realise, the artwork communicates, that our planet is becoming uninhabitable, but against that dawning recognition we are issued an imperative to continue to hope.

By presenting this impossible demand in the LED-lit language of capitalist marketing, Rundle situates the crisis of our lives not in interpersonal relations but in structural ones. Building on Bateson’s theory, Hope Against Hope argues that we should take the working class’ situation seriously as a double bind. Just as in the dysfunctional kinship relations Bateson described, the relations of production necessary to capitalist society place working class people in a torturous position. We are required to participate in wage labour to survive, and simultaneously, the system of capitalist production is causing climate change that will make human survival impossible. With the possibility of non-capitalist social relations dismissed in most of the world, acknowledging this contradiction is likewise prohibited. Marx argues that “the tradition of all dead generations weighs like a nightmare on the brains of the living.”9 Trapped in this nightmare, the proletarian double bind is precisely that we must hope against hope.

The double bind, of course, is more than just an intriguing logic puzzle. In the double bind, we can find an abstract diagram of the working class and impending climate disaster, but we should not mistake this for an only metaphorical analysis. Bateson was proposing an aetiology for schizophrenia, and we find the same systematic distortions Bateson recognised in diagnosed schizophrenics repeated throughout our culture. Just as cruelty in the familial relation causes disorientation in the individual, the heightening antagonisms intrinsic to capitalist relations of production create an ideological superstructure which is likewise disorientated. Hybrid Spring concerns itself directly with this disorientation. 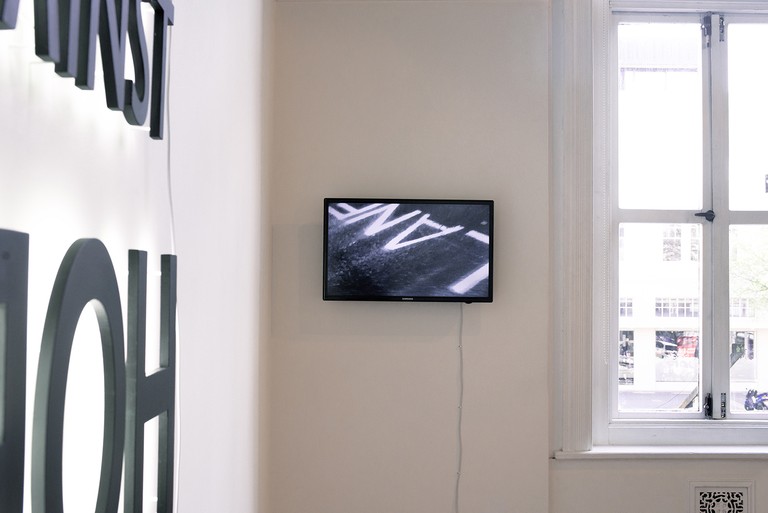 Layne Waerea’s MĀORI LANE (refresh) (2018) shows how mystified the possibility of political action has become. Recorded from the position of a camera attached to the artist’s head, we are passive observers as we watch her repeatedly walking into oncoming traffic. Crouching on the road, she lays out letter stencils on the asphalt and determinedly chalks them, jumping back onto the sidewalk as buses and cars run over her workspace. Gradually, in moments snatched between the rush of vehicles, the text of the artist’s political statement emerges: next to the bus lane, the demand for a Māori lane. The decolonial challenge, that we are at all times standing on Māori land, here mutates and decays into something absurd in the face of a situation our actions are unable to change. Trapped in the double bind of capitalist social relations, our political activism always wavers on the brink of schizophrenic collapse, of crumbling into demands for “inclusion” in a structure which will, one way or another, eventually leave our broken bodies as roadkill in the Symonds Street gutter. 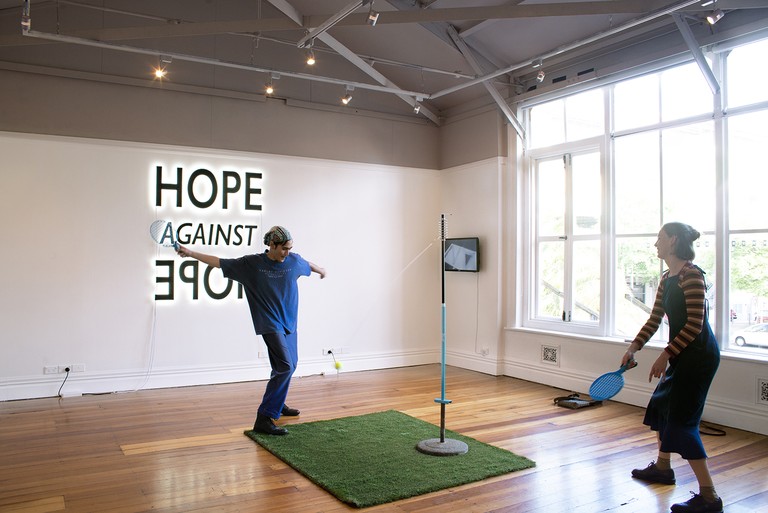 So, after all of this, what is Hybrid Spring’s political programme? It would be easy to say that this exhibition, asking what hope looks like in the context of late capitalism, concludes that there is none. Indeed, too easy. The eponymous artwork Hybrid Spring (2018), consisting of a swing ball set with smiley face painted on the ball, invites us to think of strategies out of our situation. I visited Enjoy with a friend. Until this work, we had been considering the art, thinking, pondering in near-silence. Hybrid Spring called for more than just intellectual engagement: you have to actually pick something up and get sweaty. Rackets in hand, Kate and I battered the swing ball back and forth.

Double binds are so dangerous, their effects so debilitating, because we understand them as infinite and inescapable. As children, we depend on our parents utterly for survival. Relations of production, likewise, are involuntary. If humans cease the process of production, we cease the reproduction of society and therefore cease to exist. From this perspective, capitalist relations of production truly are absolutely binding. Hybrid Spring, though, forces its participants to acknowledge that this is not the case. The relationship set in motion around the swing ball set is not a market one, does not take place between commodities and quantities of capital.

Instead, what Hybrid Spring does is require us to confront one another as actants in a dynamic, moving, vibrant politics. Vladimir Lenin, writing on the concept of commodity fetishism, explains that “where the bourgeois economists saw a relation between things (the exchange of one commodity for another) Marx revealed a relation between people.”10 It is this subjective dimension to capitalist social relations that gives us a way out of our double bind.

A relationship between people, between classes, is a relationship which we have the power to change. The majesty of capitalism is contingent on our submission to it. And so, while the terms of the world we currently live in bind us to the misery of exploitation at work and the certainty of planetary death by climate change, we are by no means limited only to these terms.

We can choose what kind of world we want to live in. We could, all along. All we need to do is take power, and get sweaty.