I remember my grandparents’ wallpaper. It would shift and move as I looked at it, and while my head tracked back and forth, where I was would disappear. I would sit in their Sumner cottage with the cobbled driveway and see only flowers floating in endless space, or lie in the spare room and stare, eyes stinging, as I forgot my body was there. 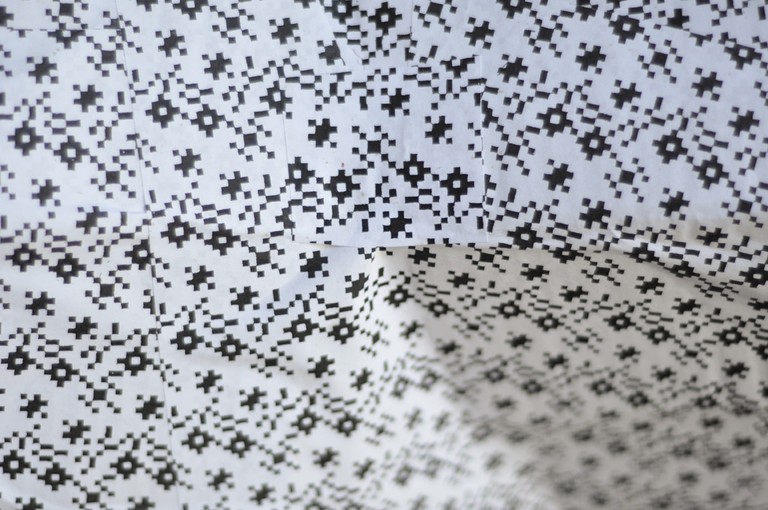 Black Flora displaces you. Stepping inside I followed the white cavern walls upward. I felt I would tilt back on to myself, seeing nothing but Conway patterns. There was no difference between looking about or simply walking around to get my bearings; physical space had gone. I mapped out my surroundings enough to see where I had come from, and ducked under a ridge.

There were a lot of parks where I grew up. Little sloping breaks between streets with asphalt paths and rubbish bins; quiet forests sitting amongst houses and highways; stretches of cut grass with a tree crouching at one end; and symmetrical Parks of the Future cut crossways. On my way back from school, I would walk through a narrow park as the afternoon ended. We had just moved into town, and these trees and dark spaces felt alien and new.

Finding your way in this huge work fades your internal monologue into static. I would pass from chamber to chamber without thinking. At times I was inside an image, all physical depth and proportion gone. Sound filled space but also realigned anchors I had placed to remember where I was. Every new area I found led into another, but I wasn’t cataloguing where I had been, I was simply exploring and finding new spaces to see. 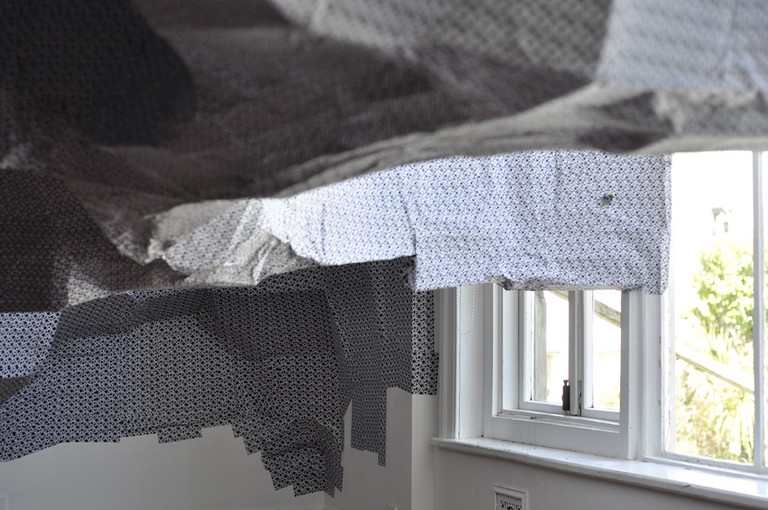 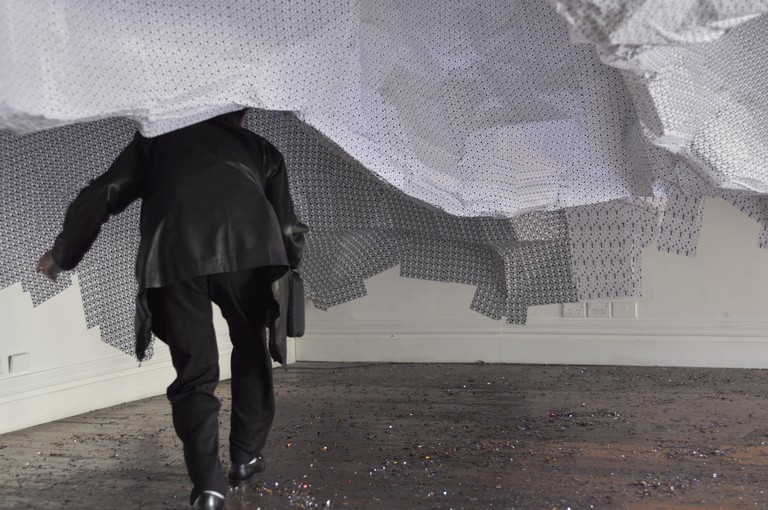 Often I would create ‘levels’ on graph paper. These would invariably be underground bunkers sketched side-on like an architectural diagram. Lots of false walls, hiding areas, trapdoors and escape routes planned out with friends. Rather than asking each other to imagine a new hallway or armoury, we would ‘make it’ that sitting in a certain chair descended you down a few tiers, or ‘make it’ that there was an access tunnel for Jeeps to drive through. There seemed to be no difference between sketching a room on paper and making new spaces exist.

Black Flora reminded me of a childhood dream where I could see a field of repeating objects growing bigger and pressing against me from everywhere. Experiencing the work felt similar. Sentence fragments and sheets of white noise were all around, making me smaller. I was disoriented and confused, but elated to be in truly unfamiliar space. Being within the work was being somewhere that hadn’t been. Other people roamed throughout the gallery which was not a gallery, and I would catch a remark as they passed into my cell. We held short conversations, dropping and resuming sentences as we moved around the space. They would carve eddies through the glitter as they moved, taking the work with them as they left the gallery. Later that night, I brushed glitter off my boots and remembered how people rolled and threw handfuls of it in the air. They were marking themselves with a physical record of the work to match the record in their heads.

We were always making things when I was younger. Our shared history was made up of school plays and required reading we re-wrote, comics and round-robin stories. Each of us had an old writing desk or filing cabinet stuffed with exercise paper whose contents were to be forgotten. If we were lucky, works would stay in our heads, survive moving house or prove themselves better than ephemera.

Matt’s work explores different dimensions of physical space and scale. Black Flora pulled my perspective from tiny microcosmic ‘brooches’ (as a friend called them) to the organic swells of form and sound that filled the gallery space. I considered myself as an object to be considered amongst the work’s examination of size and physicality. Matt’s print and audio work has often reminded me of scientific and scholastic literature, and in this world, Black Flora is a laboratory rid of intellect and given over to sense and memory. 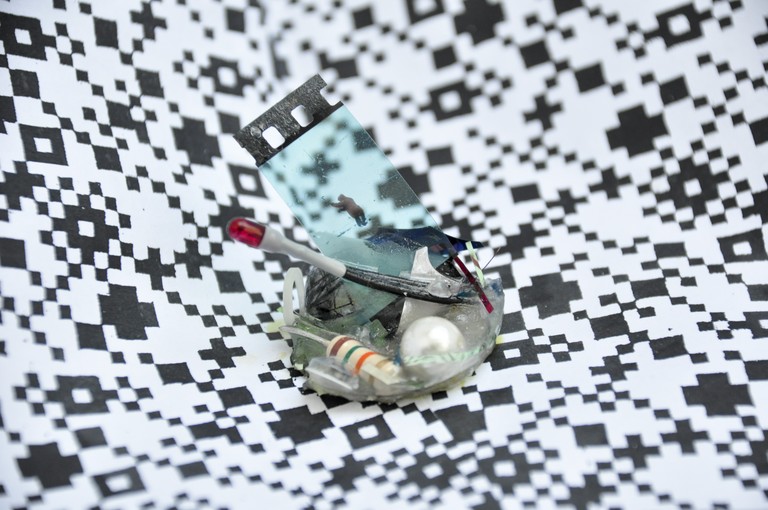