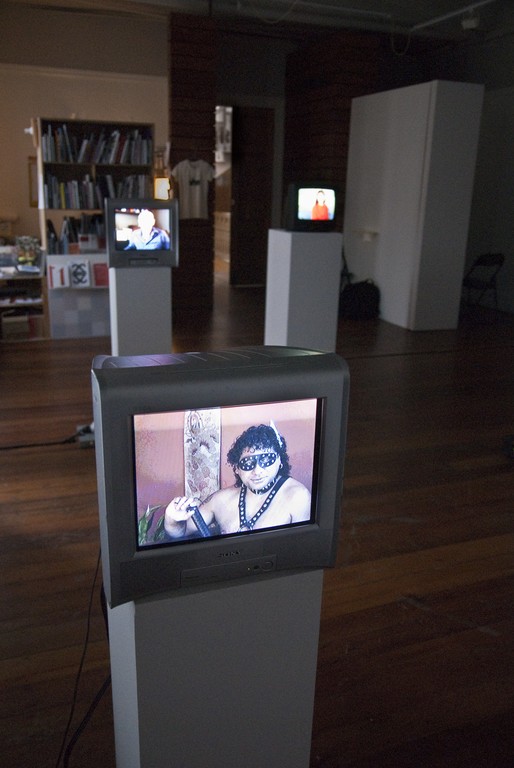 “All the world is queer save thee and me, and even thou art a little queer”1

Artists expect a lot. Not just of their audience but of themselves. Darryl Walker proves In Dialogue that she is as much an ethnographer as a creative conduit. New Experiments in Contemporary Butch 2008 and Bird Song are cool investigations, which reveal the exotic in the everyday and commonalities within the strange.

Relying on the generosity of participants, Walker gave liberally of herself. In New Experiments in Contemporary Butch 2008, participants were given a choice—to use Walker as they saw fit. Their requests were surprisingly modest. Walker inserted herself in the role of a life model, consultant, and amateur skater. She offered support to a first time shooter, made paella, and discussed Gertrude Stein with a friend. All tasks were enacted with anthropological zeal—appointments made, questions asked, answers noted. As a participant, Walker was privy to shared moments of intimacy and trust. As a documenter, she reveals curious aspects of human behaviour.

The culmination of these experiments exists as an archive, a grey box containing twenty-one discs in white covers, individually numbered and titled. Viewers are required to make a selection (gloves optional) and view their choice on the monitor provided. Participation is required, not just of subject or artist, but also of audience, who have to look through the archive and make selections, in order to experience the work.

In contrast to the stark exterior of the archive, each chapter offers colourful glimpses into the character of its author. Walker’s presence is constant. She watches and is watched. Some participants request more reciprocal arrangements. By observing and participating in the idiosyncratic requests of others, the artist uncovers points of sameness and of difference. Inevitably, she comes to know a little more of herself in what she shares with participants and what she does not. New Experiments in Contemporary Butch 2008 is a wilful act in self-discovery. The archive exists as an ethnography, an account of one person’s experience in the field, and as a memoir, a documentation of events, inflected with Walker’s own cultural foibles.

In Bird Song participants were invited to mimic the song of a native New Zealand bird of their choice. The native calls gave rise to exotic behaviour, documented by Walker in two parts.

Part one is a multi channel video work, which imposes itself on the gallery space like a populace of stoic trees. Each monitor displays a different participant in an environment we assume to be their personal habitat. Performances are looped and sequenced to create a micro forest (albeit artificial) of human generated bird song. 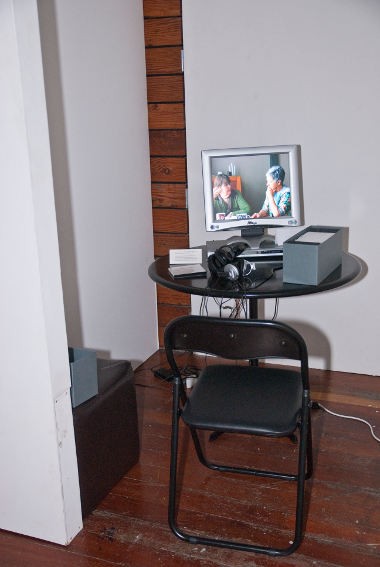 For Bird Song, Walker assumes the role of an alternative Mrs Ballard,2 tenderly grooming and presenting her subjects, with personal investment. The effect is a flock of varied pedigree, gurgling and chattering in orchestral unison. Alba Ballard wowed her audiences with a green-winged macaw, the bird double to Woody Allen. In Walker’s work we find ourselves impressed by the bird-ness of one participant, earnestly channelling a kakapo in body and mind. By inverting the time-honoured preoccupation with humanising animals, Walker shows us that what ‘they’ do isn’t that different and what ‘we’ do isn’t that normal.

Part two of Bird Song is a sound sculpture installed in the stairway leading from the gallery to the street. Sounds from the video participants are reworked and fed through speakers. These are replaced during the course of the exhibition by an event held at Karori Wildlife Sanctuary on World Environment Day. Here, visitors to the sanctuary are offered the opportunity to work with Walker, learning and repeating indigenous birdcalls from the Wellington region. Recorded in sound only, the new community become an evolutionary replacement to the video group. They are re-homed in the stairway—their calls barely audible above the reverberation of Cuba Street.

Walker’s communities defy what we understand community to mean, as their boundaries remain in flux. Communities are commonly understood to operate under the premise of place or belief. With the exception of the project at the Karori Wildlife Sanctuary, Walker disrupts those boundaries in both works.

In New Experiments in Contemporary Butch 2008 the experiments take place over a myriad of locations, with unrelated participants. The unnamed sites and people become implicitly linked to each other within the confines of the archive. Community is implied by inclusion in the archive and in the invitation to participate. The recurring propinquity of Walker, in each experiment, further links distantly related events.

In the Karori Wildlife Sanctuary, participants gathered within a predator proof fence and learnt the bird songs of that place in celebration of World Environment Day, and so a temporary community was established. Although, this was disrupted when the documentation of that work was relocated to the stairway of Enjoy. Here, one community was replaced with another, and they came to share a place (the environs of Enjoy) in a seemingly amicable, and complimentary arrangement.

In New Experiments in Contemporary Butch 2008, relocation is a recurring theme; the work itself being permanently lodged in the Lesbian and Gay Archives of New Zealand (LAGANZ) and borrowed for the purposes of the exhibition. With this work, events take place in one location, and are brought together in another. Again, with Birdsong, the work is installed in the gallery, only to be taken out again, in a constant flow of reconfiguration and exchange.

In the video version of Bird Song, Walker combines the outcomes of five separate occasions and locations. Collectively, the events are bonded in their participant’s willingness to step out of their comfort zone in the name of community, and indeed social generosity.

It is a particular talent of Walker’s to find ways to both celebrate individuals and unite them in non-exploitative ways. At the heart of this is an understanding of the holistic nature of a community— knowledge that the whole is far greater than the sum of its parts. We are all a little queer in the eyes of another, but nevertheless find ways to come together, in the name of art or otherwise.

Noticing the difference in those around us enables us to learn who we are by comparison. In this way, identity is never fixed and boundaries are always open to negotiation. Boundaries are most visible when you attempt to step outside of them. Identity is redefined, over time, in different environments, and changeable company. It is worth noting the observation that birds do not learn to sing in isolation. This need to share in order to learn is illustrated, not within the parameters of a social experiment, but In Dialogue.