Itinerant Promiscuity: A Space for Closeness

Located in one of the most vibrant streets of Wellington, New Zealand, Enjoy Public Art Gallery is one of those unusual examples of an artist-run space that has lasted for years. Founded by a group of artists in 2000, originally as an experiment, Enjoy has since become a professional organisation with a committee of Wellington-based practicing artists as board members. The key to Enjoy Gallery’s longevity is its ability to generate meaningful dialogues within the New Zealand art community over the twelve years of existence, not only by supporting and encouraging the creative and experimental processes of artists, but also by creating a fun, open space for communication. 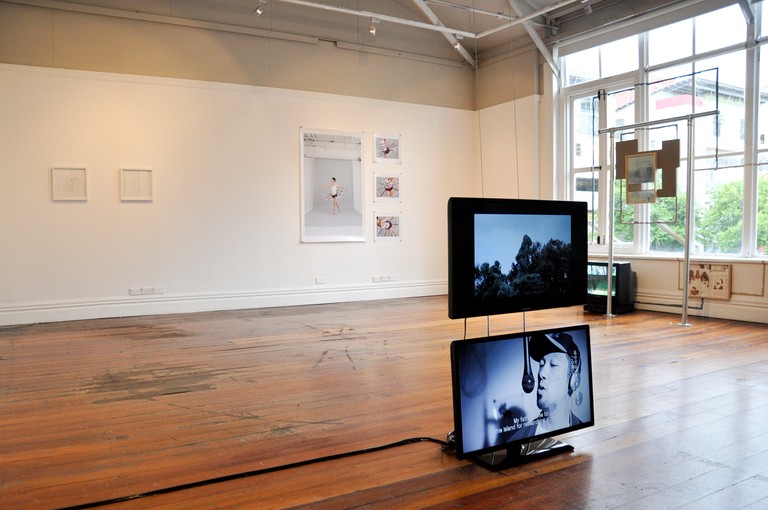 In addition to this, Enjoy Gallery also fills some of the gaps and holes left open by the art world – collective participation and the promotion and development of opportunities for young artists. It is in this spirit that Ménage à Trois developed, with the intention of creating alternative cross-cultural dialogues and connections between artists and initiatives who share similar ideals and goals. Like a creeper vine connecting a series of islands, the network was further able to expand and strengthen itself through the exhibition exchanges between TCB artinc. in Melbourne, XYZ Collective in Tokyo and Enjoy Public Art Gallery in Wellington.

These exhibitions were initiated with the intention of generating new thinking about artist-run initiatives and a dialogue between those artists who have been intimately involved with the development of each organisation. As such, the selected artists from New Zealand have all been trustees at Enjoy Gallery in recent times, and coincidentally the four of them explore the malleable notion of space in the works they exhibited in Ménage à Trois. While some works responded specifically to the artist-run space as a place, other works imagined a future of possible non-sites. What links these works is the exploration of the possibility for exchange, displacement and translation of one space into another. 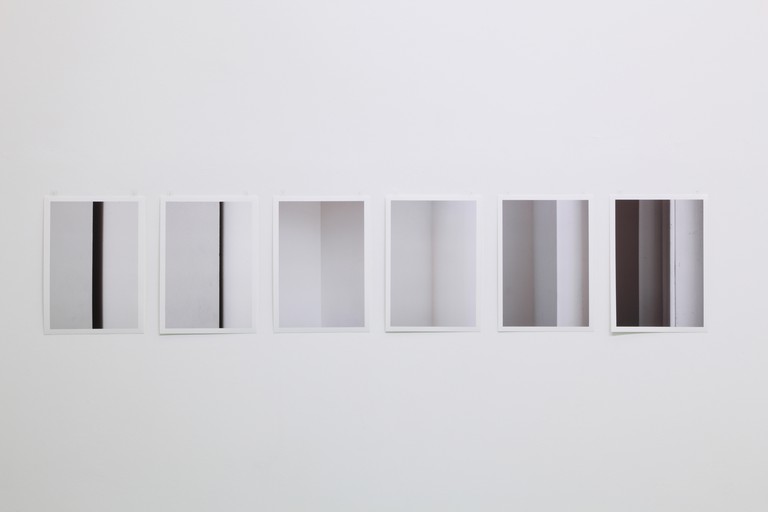 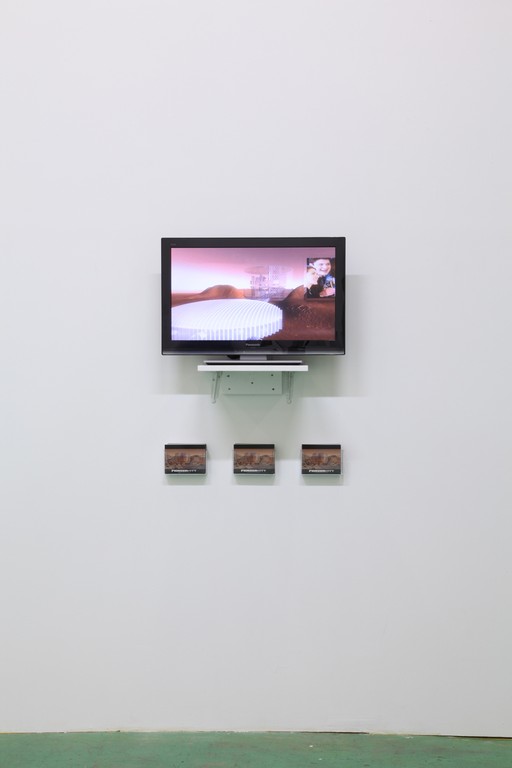 As part of her project titled Pioneer City (pioneer-city.com), artist Bronwyn Holloway-Smith created an installation to be exhibited at TCB and XYZ, which comprised of postcards and a promotional short video of a colony on Mars. Pioneer City (2011–ongoing), presents a secure and comfortable real estate project with all kinds of terrestrial facilities from fancy apartments to educational and recreational spaces (maybe artist-run spaces?) to suit all the varieties of lifestyles found on earth. Travel and space colonization have always dominated human speculative imagination, especially during the Cold War when it was a leitmotiv for many artists and writers. While space colonization was a significant cultural trope due to the sustained political tensions of the time, Holloway-Smith’s Pioneer City can be seen as a proposal for alternative solutions to contemporary social pressures such as climate change and overpopulation. 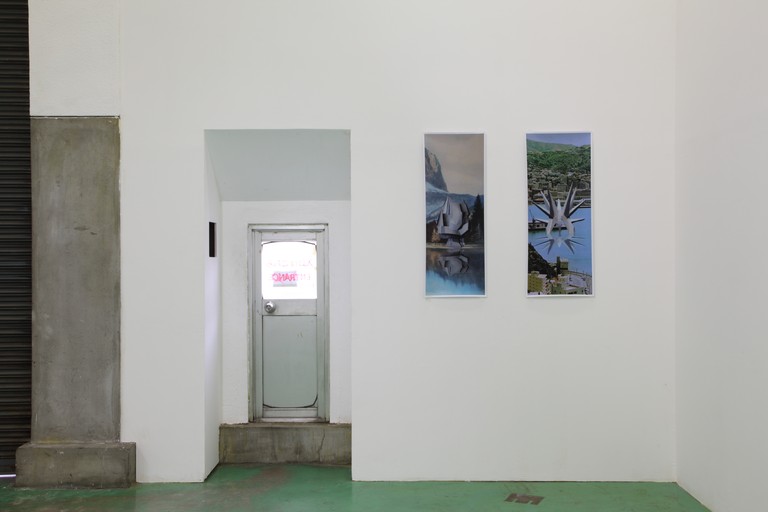 During the past decade, Belgian photographer Jan Kempenaers has travelled throughout the Balkans in order to photograph a series of abandoned monuments known as a Spomenik. These monuments were previously unknown to the world until the publication of Kempenaers’ book, and as such, the images have since circulated the Internet via different blogs and websites. While Yugoslavia may have long since dissolved and although these strange structures documented by Kempenaers may have lost their cultural relevance as memorials of the Second World War, they remain inspiring for some. This is the case for Wellington-based artist Kate Woods, who is attracted to the abstract geometry and mysterious other worldliness of the spomeniks which is realized in her work Forgotten Monuments, 2011.

A series of photographs, Woods presents the concrete structures dislocated from their original setting and relocated in new, unfamiliar and unfixed places, allowing the possibility for the structures to have new histories and significance. In one of the works, the Brutalist architecture of a monument created during the socialist era in Knin, Croatia, is depicted by Woods as an alien structure floating in the serene waters of a lake located in an imaginary non-site. The sense of unattainability evoked by this portrait of impossibility is similar to that of a nation that no longer exists. 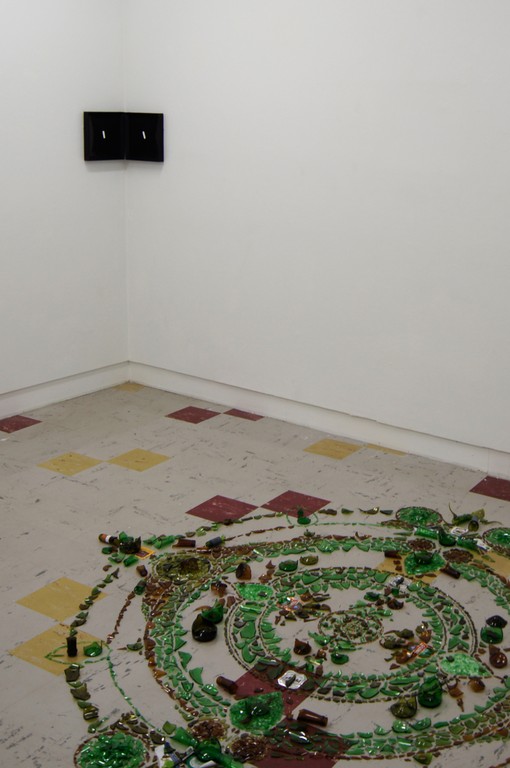 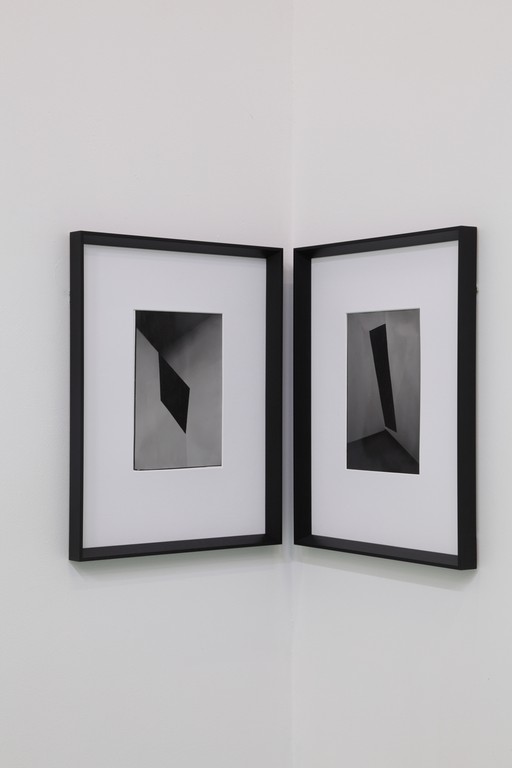 Andrew Beck’s artistic practice is based on site-responsive works and creates photographic objects that have relationships with multiple spaces. Shadow Painting I and II, 2012, is comprised of two photograms made from two light sources, while Corner Drawing I and II, 2012, consists of two images that document existing sites in which the artist has painted black abstract objects. The diptych format of both works intends to describe the space between two points comprising the time and distance involved in relation to the object and the shadow cast by it. In these works, Beck plays with the idea of light as a sculptor, who by occupying, illuminating and reflecting specific areas creates new shadows that can be read as independent objects. 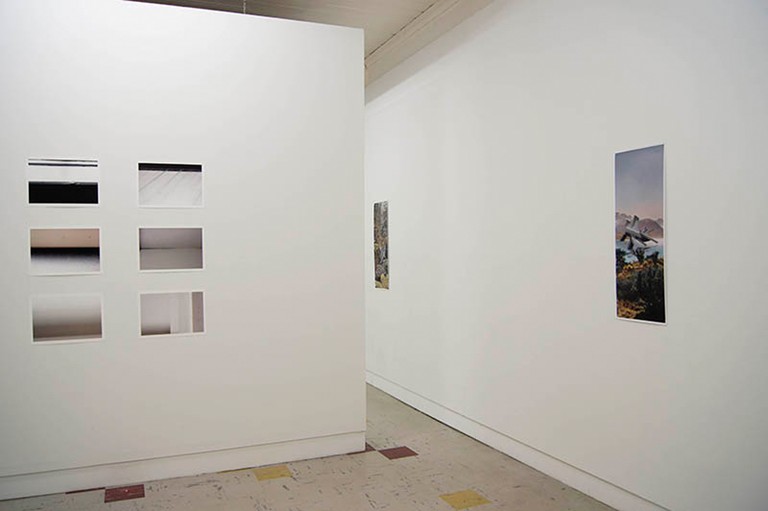 In recent years Molly Samsell has also been interested in creating site- specific projects that shed light on our interactions with familiar locations. For the enjoy series, 2012, presented at TCB Inc. and XYZ Collective, Samsell documents small details which collectively constitute the Enjoy gallery space and might usually go unnoticed – the minutiae of the white walls, sections of the windowsill where people sit to watch a performance or the bench where someone may sit to read a catalogue. The abstractions of these elements reveal the individuality of the space: its details, forms, lighting and layout.

In the context of the exchange with XYZ and TCB, while Samsell’s work transports the space offering an abstract tour of Enjoy Gallery in both Tokyo and Melbourne, it also emphasises one of the aims of the exhibition project, that is, the intention of considering and reconsidering the lived spaces of artist-run initiatives. And what are lived artist-run spaces but places where artworks, objects, ideas and people from various nationalities and backgrounds can merge and grow together. In sum, Ménage à Trois is the reflection of an intricate and free network of exchanges and collaborations that foster a productive, lasting, and so to speak, promiscuous relationship between three unique spaces in Australia, Japan and New Zealand.