The carved house in the sky 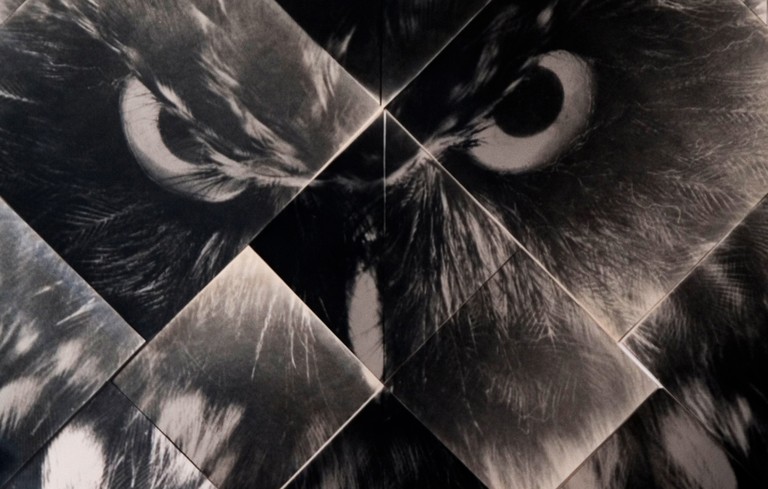 There are a number of myths that speak of how the art of carving came to Aotearoa, New Zealand. Accounts vary, but mostly feature the central figures of Rua and Tangaroa. In one account Rua is a visitor to the recently completed house of Tangaroa. It is adorned boldly, but merely with flat, painted imagery. Aghast, Rua insists that Tangaroa visit his residence where he might witness something different altogether. In approaching Rua’s house Tangaroa moves to greet the first of three staunch figures. He is puzzled when Rua appears, laughing: ‘Now you see what wood carving is’, Tangaroa. ‘The figures are so lifelike that you have been deceived by them.’1 In another account, Rua —here Rua-te-pupuke— ventures into the deep ocean to retrieve his son who has been captured by Tangaroa and set as a carved figure upon the pediment of his underwater house. Rua enters the house and finds that the carved posts inside are speaking to one another, while those outside are mute. He uses his cunning to scatter Tangaora by flooding the house with daylight, and escapes to the surface with his son, and the richly carved wooden posts of the house’s exterior.

In myth Rua appears under many names as a personification of knowledge in its many forms and functions.2 It is not surprising that this figure be intimately connected to an art that pins down the un-obtainable in potent physical form. The figure of Tangaroa is god and guardian of the oceans. His presence alongside Rua suggests that the arena for the acquisition of this form is a deep, vast, animated mass co-existent with the form itself. The images in Framework posit that to obtain a subject in physical form is to navigate this vast grey space and its mechanisms, by default.

Beck’s subjects —the native Huia, Morepork and Haast’s Eagle— are drawn from Te Papa’s Ornithology Store; part of a larger house for the acquisition, and stewardship of object-based knowledge. Photographers have ventured into these facilities in pursuit of the photographic image with the intent of removing the hierarchies of knowledge that the objects within are subject to, though also engaging the objects’ institutionalisation. Andrew Beck enters the facility and instead uses the photographic image as a mode of acquisition that supplants the museum’s function. Allowing the subjects greater poignancy than their immediate context.

As a group, the Huia, Morepork and Haast’s Eagle rise and fall with the weight of the compounded history of this land. New Zealand’s native flora and fauna are layered with a complex intermingling of scientific, social and cultural knowledge mechanisms; drawn from early Polynesian settlement, Māori tribal societies, and from the arrival of Europeans with their assimilating, rationalistic mode of enquiry. Impact and tensions among these mechanisms is at times idyllic, harmonious, conflicting, through to catastrophic. Applying one to another can be like applying geometry to nature, mathematics to spirituality. 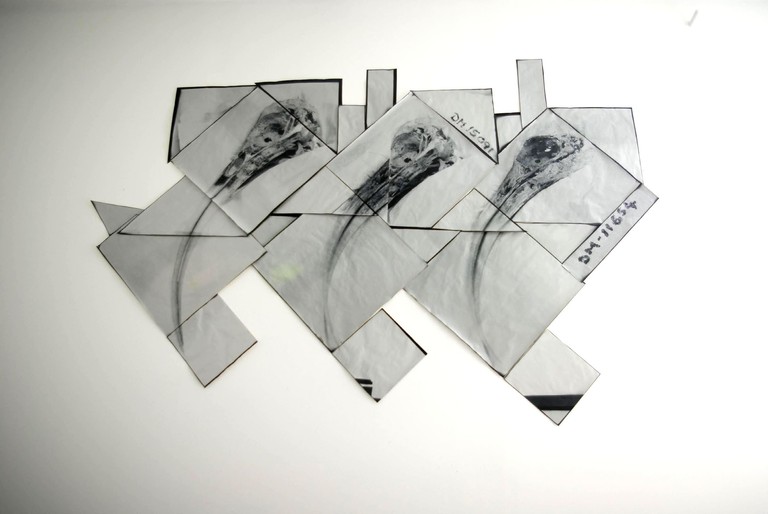 The song of the Huia is held and sampled digitally despite the bird having been extinct for over a century. It survives by way of an oral history in turn held up by modern technologies. Esteem among Māori for the bird with the metallic sheen and standout sexual dimorphism,3 meant that only those of high standing were able to be adorned with Huia feathers, beaks and skins. Until the arrival of Europeans the bird’s relationship with man was thus regulated by implication of long-standing social hierarchies. Despite the pressures of the European agricultural model, de-forestation and the introduction of predatory mammals, it was not the inflicting of European modes of operation that signalled the Huia’s eventual demise; but aspects of Māori social custom being assumed by Europeans. During the reception for the visiting Duke and Duchess of York in 1901, a single Huia feather was placed in the band of the Duke’s hat as a mark of respect. Once the knowledge of this act and its meaning was known around New Zealand, and later in England, demand for the bird’s feathers and their ‘royal fashion’4 threw the scale, and the Huia soon became extinct.

The Morepork, or Ruru, is alone among Beck’s specimens in surviving the blunt instrument of human contact. Even then by way of cunning adaptive strategies. The Haast’s Eagle was beyond living-memory when Dutchman Abel Tasman visited in 1642. The Eagle’s status as lion of the New Zealand bush made it vulnerable as the depletion of flightless species took hold in the late Fifteenth Century. The Eagle’s Māori names and mythological associations provide a wealth of knowledge beyond scientific classification of it’s skeletal remains; as too do the ancient charcoal drawings of ‘bird men’ on limestone walls in the South Island. Contemporary knowledge of the Eagle presents a coming together of these threads. Scientific evidence of its hunting prowess is known to have included the Moa, while mythology and oral histories extend this predation to humans, as well. Tales of Te Pouakai and Te Hokioi as fearsome man-eaters are surely based on stories about the eagle that have been passed down and reinterpreted.5

The Ruru is a common feature of the contemporary New Zealand landscape and shares much with other species of owl throughout the world. The solitary lament of its call has potency in many cultures. For Māori, the Ruru’s ominous call warned of approaching harm or ill intent, and was in this sense both useful and foreboding. For early European settlers it no doubt provided moments of nostalgia for the promise of their homelands, within the stark contrast of its industrialisation and the harshness of their fledgling antipodean colony. For Māori, the watchful, piercing eyes of the Ruru and its nocturnal stealth gave the bird a ‘special knowledge and authority’6 relished with anthropomorphic and spiritual qualities.

Yet another account of the genesis of carving is set not in the depths of the ocean, but the sky. In this differing version, the figure of Rongo ventures to the heavens where he acquires the knowledge of carving from an elaborate house in the celestial realm. He removes nothing except the notion of its being, and on his return builds and carves his own house using a personified form of the Ruru —mata-a-ruru, or owl eyes— in his work. Like Rua, the figure of Rongo represents knowledge in its complex forms; the carved house in the sky a place where knowledge is rendered and can be acquired. The eyes of the Ruru, in the piercing clarity of paua, present a subject with sight and knowledge that knows no bounds or divisions. The eyes can be found adorning whare whakairo and other houses of the New Zealand landscape, and in Beck’s Framework.