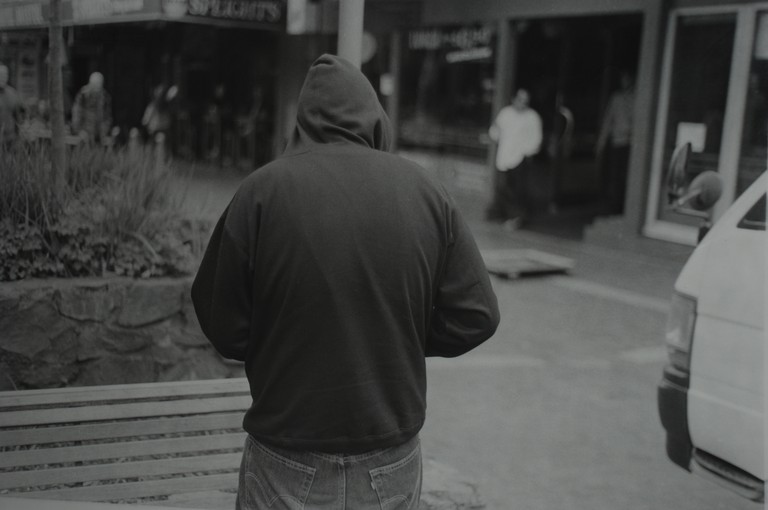 Anyone who has lived in Wellington will have almost certainly had a unique encounter with Cuba Street. It is Wellington’s acknowledged bohemian corner, a street in which to experience the unexpected: the per- fect terrain for a keen photographer. Yet it is also one of the most photographed, and this in turn presents the challenge doubtless faced by The Urban Workshop photographers: how to cover well established visual territory in a contemporary and innovative manner.

Perhaps it’s not a legitimate concern. Part of the enigmatic appeal of photographing on the street is that it is an ever changing and self-renewing environment. The geography of Cuba Street has changed considerably of late, and the long established combination of its young urban residents and charming-but- rather-tatty turn of the century architecture ensures an abundance of visual material for the mechanical (or digital) eye. Photography has the innate ability to make the familiar look unusual: when we study a photograph, we are invited to consider the subject in all of its details and complexities. In the process of doing so the familiar becomes unfamiliar, similar to repeating a word so many times that the order of the letters seems suddenly uncertain or peculiar.

The street has always been close to photography’s heart. As photographic historian Graham Clarke observes, photography grew up with the city during the industrialism of the 19th Century.1 Street photography itself expresses something of the complexities and tendencies of the photographic medium: it is descriptive yet exceptionally ambiguous, it can be intimately engaging, coolly observational or pas- sively deadpan. It is also democratic, with the ability to treat the most graceful piece of architecture with the same regard as a shop frontage or street sign. Photography can bring a structure of sorts to the visual complexities of an urban environment—the density of human presence, the dirt, the commerce, the history, the physical structures, the energy. A city is a melting pot. And why would anyone choose to photograph on a cluttered and chaotic city street? Perhaps part of it is the challenge—the element of risk, of making accidental discoveries, observing surreal encounters, and of simply winging it and seeing what circumstances deliver.

The photographs presented in The Urban Workshop do not reflect any unified engagement with a specific process of street photography. The photographers have utilised a range of approaches to their environment and subject matter. Yet the people of Cuba Street are their primary subject, and what does pervade the collection—or at least many pieces within it—is a sense of unease, an anxiety which emanates from many of those photographed. Take, for example, the portraits by Jake Mein and Matt Queree. The subjects seem uncertain about the occurrence and eye the camera with some trepidation. This is not unusual for street photography. Allowing oneself to be photographed involves giving up a certain amount of control. That we should want to be in control of representations of ourselves is not surprising, but in unexpected encounters with a camera there is often no time to prepare the pre-packaged self we prefer to see in photographs. 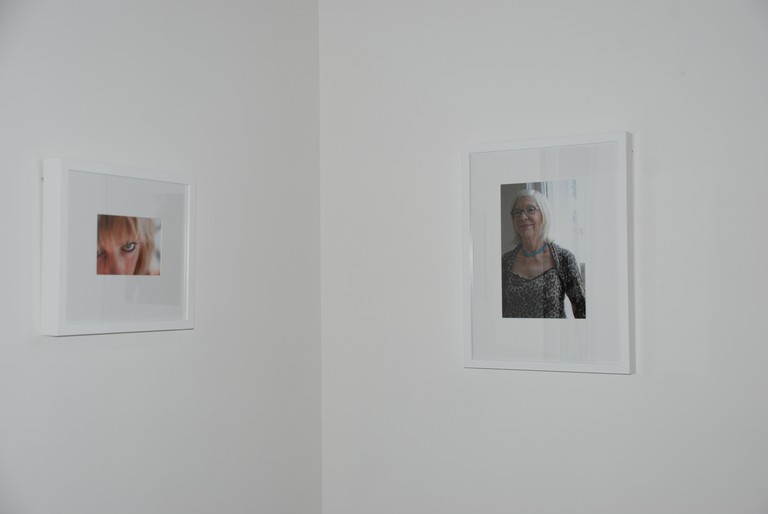 We are caught mid-stride, mid-thought, quizzical or distracted, and jolted out of our internal dialogue by the presence of an interloper with a camera who frequently feels more than a little trepidation themselves.

This is because photographing on the street is equal measures collaboration, confrontation and chance, and requires more than a little courage. Given the potential range of responses photographers can expect in this situation—from engagement or indifference to antipathy—other practices such as self-portraiture or landscape might at times appear to be a safer bet. The street can be a site of apprehension for those behind the camera as well as in front of it. Intrusion: this is where the anxiety lies for both parties. The photographer may be uncertain of the response of their subject; the subject apprehensive about what has been taken, and how it might be used.

Yet some photographers have completely lost any such anxiety. Seeing footage of New York based street photographer Joel Meyerowitz at work is startling. He eyeballs people, often planting his 35mm camera so close to their face that they express a startled disbelief at the audacity and confidence of his intrusion. Meyerowitz works in the classic 1970s street photography mode: he is an observer, waiting for interac- tions and arrangements of people and city that present something of the coincidental, unexpected, or overlooked. But his forthright presence, his intrusion into the personal space of others, may be the impe- tus for the responses he captures. The photographer is not only an observer in this instance, but also the instigator of the subject’s response.

These complexities of the relationship between the photographer and subject are apparent in Nina van der Voorn’s portrait of a couple standing in early morning sun. The young woman seems particularly hesitant in her appraisal of the camera. Her companion seems slightly less reserved. But what is particu- larly compelling about this photograph is its brilliant observation of detail: this is part of the process of the familiar or overlooked being brought to our attention. In our daily rush between work and home we often give scant consideration to the appearance of others. In Van der Voorn’s image, the crisp morning light brings to our attention sharp, precise features: the woman’s necklace, her fingers clasped at one side, gripping a bottle top and cigarette. We observe her companion’s fingers curled around his bag, and then notice her ring, the holes in her top, the stain on the lapel of her jacket.

Van der Voorn’s portrait is both descriptive and restrained, and pays homage to the genesis of the exhibition, a workshop given by German photographer Albrecht Fuchs at Massey University. Fuchs’ work can be comfortably described as ‘coolly observational’, demonstrative of the legacy of German photography’s relationship with Modernism throughout the 20th century. His portrait in the exhibition is a classic street photography encounter; with Fidel’s café as a backdrop, two young twins consider the camera with something bordering on disdain. They seem worldly, yet at the same time are still evidently growing into their school uniforms. It’s a splendid combination. As with Van der Voorn’s portrait, there is no pre-packaged self here; there is a candour and openness in the facial expressions that make the portrait particularly engaging—though, oddly, it seems the twins are appraising the viewer. A nice twist on a medium which has long been accused of voyeurism.

Nick Buckley’s work is part photography, part social inquiry. Buckley approached his subjects and asked if he could photograph himself embracing them. In one of the resulting images, photographer and subject stand hand in hand, the subject safely anonymous with his motorcycle helmet firmly on his head and his masculinity unchallenged. It’s brilliantly incongruent, with Buckley’s hat and the motorcyclist’s helmet it has a ‘boy band meets The Stig’ feel to it. In the second image it seems the tables have turned and the subject has called the photographer’s bluff: In response to the young man’s enthusiastic embrace, Buckley places his hand very carefully on his subject’s torso. This is both engaging street photography and fascinat- ing social observation.

Documentary photography—and consequently, street photography—has undergone rigorous criticism in the recent past. Some critics have suggested that documentary, and the act of looking as framed through photography, is voyeuristic and exploitative.2 Partly due to this, contemporary street photography has evolved. It is no longer solely about anonymous observation or catching the subject unaware. The majority of images in The Urban Workshop indicate engagement between subject and photographer, rather than pure observation, while still retaining an edginess that is part of the satisfaction of viewing photography made in the urban environment. The value of these images and others like them is their significance beyond the aesthetic. They allow us to observe our environment in detail, to think about the people in it, to record social interactions and to document physical appearances and environments. The images do what pho- tography does best: they observe and provide a visual history, the most immediate and accessible kind of history we have.