In Pier Paulo Pasolini’s 1966 film The Hawks and the Sparrows, a father and son wander through the outskirts of Rome when they meet a talking Marxist crow. The crow not only instructs them on some of the tenets of Marxist ideology, but also tells them a fable about two Franciscan friars who are charged with the responsibility of devising a way of communicating with the hawks and the sparrows. While the friars succeed in preaching to each species separately, their attempt at bringing the birds together fails.

Artist Eugene Kreisler roams the streets of New Plymouth performing a distinctively personal vocabulary of movements and gestures, as he extends his hand out to the puzzled passerby. Kreisler’s idiosyncratic performances are statements in themselves of a claimed creative identity. With these improvised, fleeting, rudimentary performances, Kreisler opens up ways of disrupting the ordinariness and homogenising use of public spaces. With these he also invites a call and response with his local bystanders.

In Wareing’s two-channel video projection Stuggorings and Fijetterings (2014), the pairing of Kreisler’s seemly futile stuttering gestures resonates with the absurd nature of the friars’ performances to the birds in Pasolini’s surreal tale. In Wareing’s altered version of The Hawks and the Sparrows, the film has been divested of all dialogue and edited down to the first and last vowel and consonant producing phonetic staccato utterances; while the scenes with no dialogue have been blacked out leaving intact only its soundtrack. This structural editing device challenges its cinematic narrative, turning linguistic communication into bodily performances that echoes Kreisler’s scrappy performances, both appearing as fleeting vestiges of whole coherent actions.

See the full video of Stuggorings and Fijetterings
on CIRCUIT 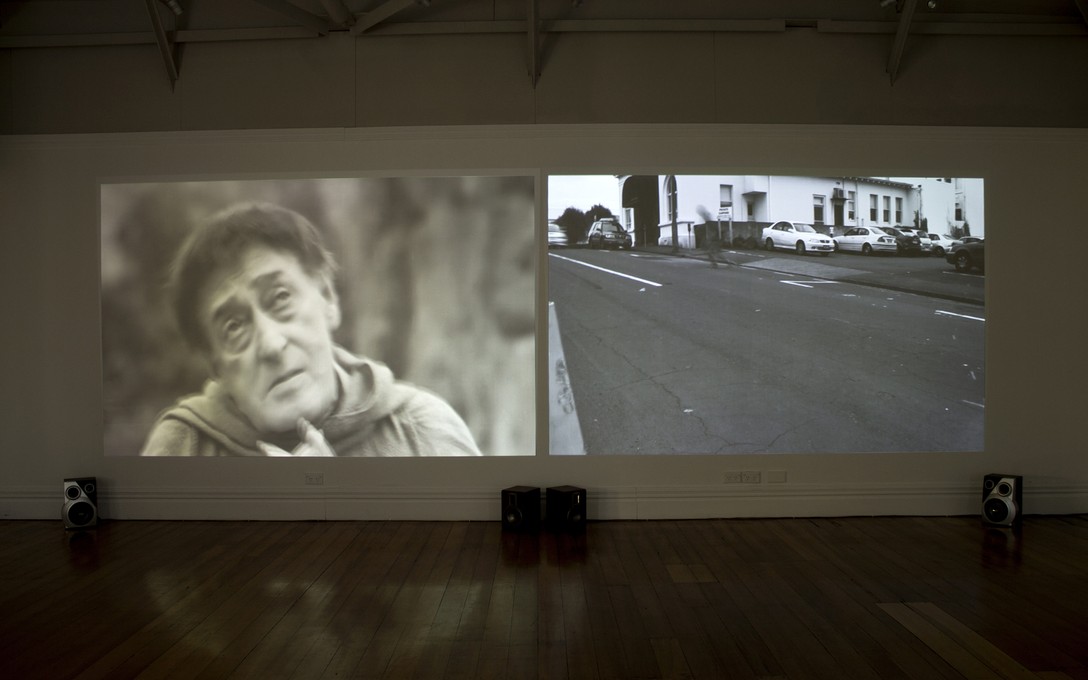 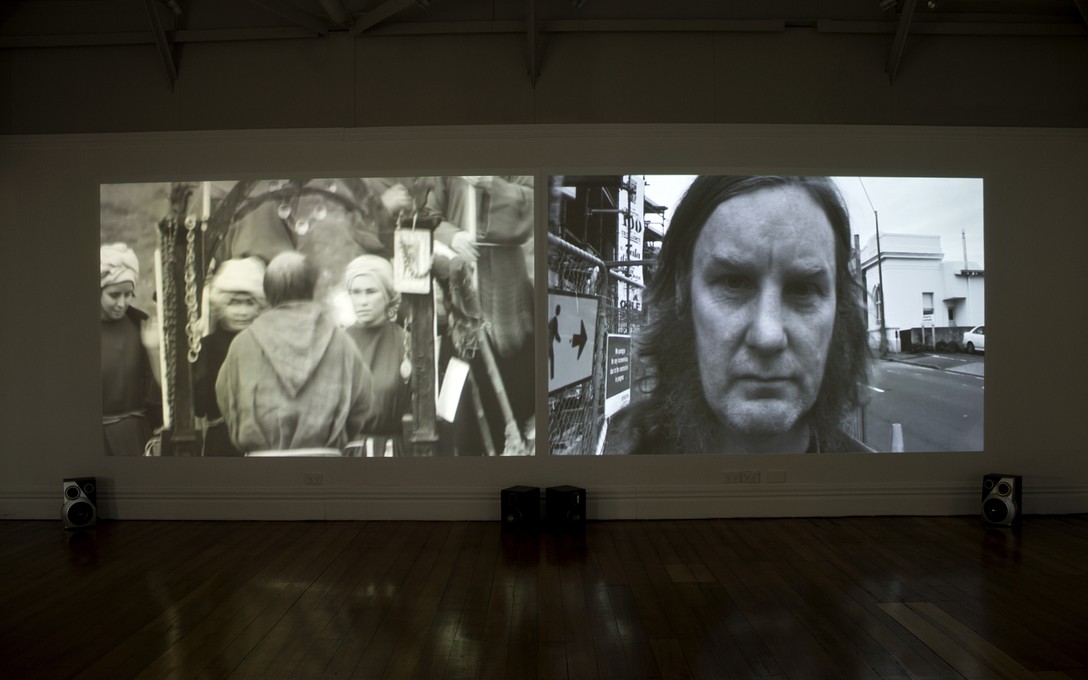 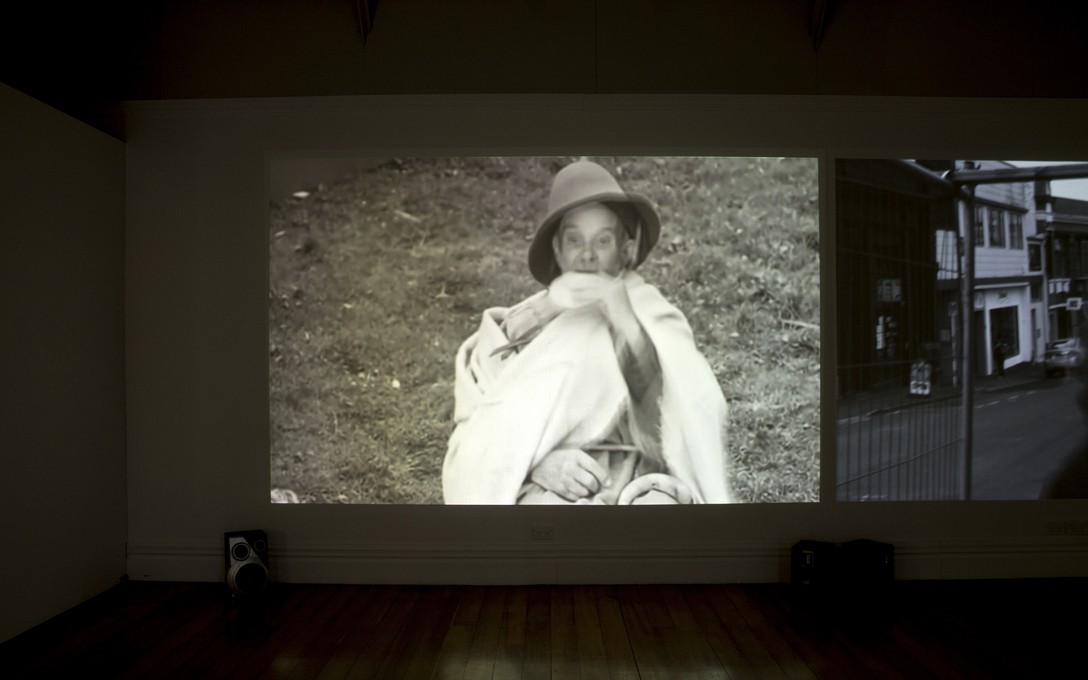 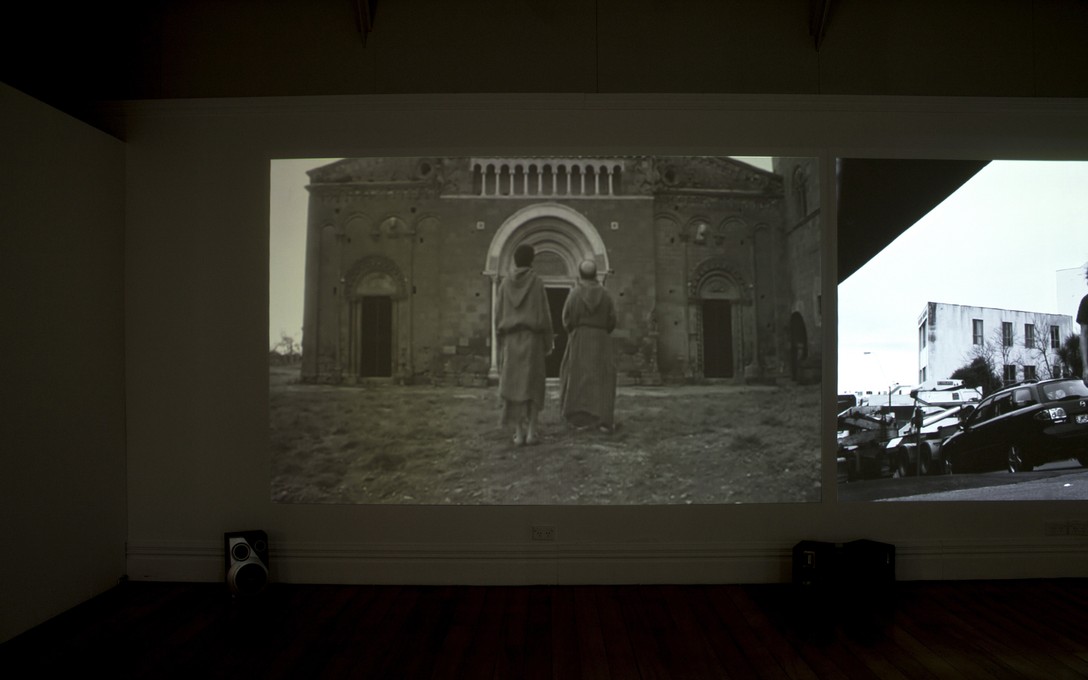 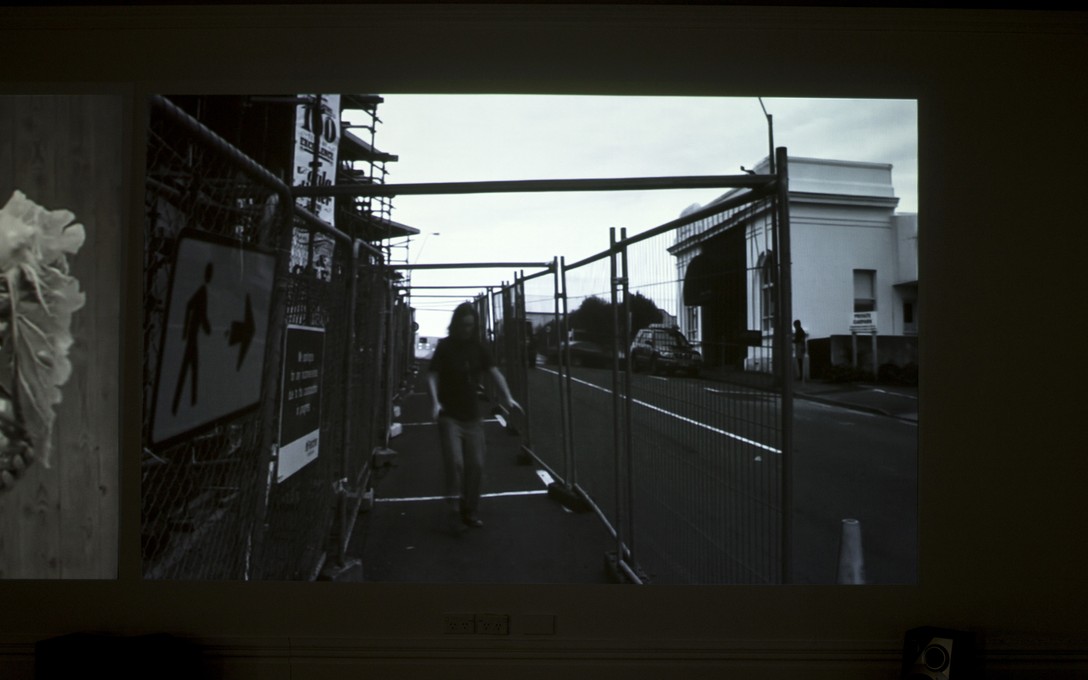 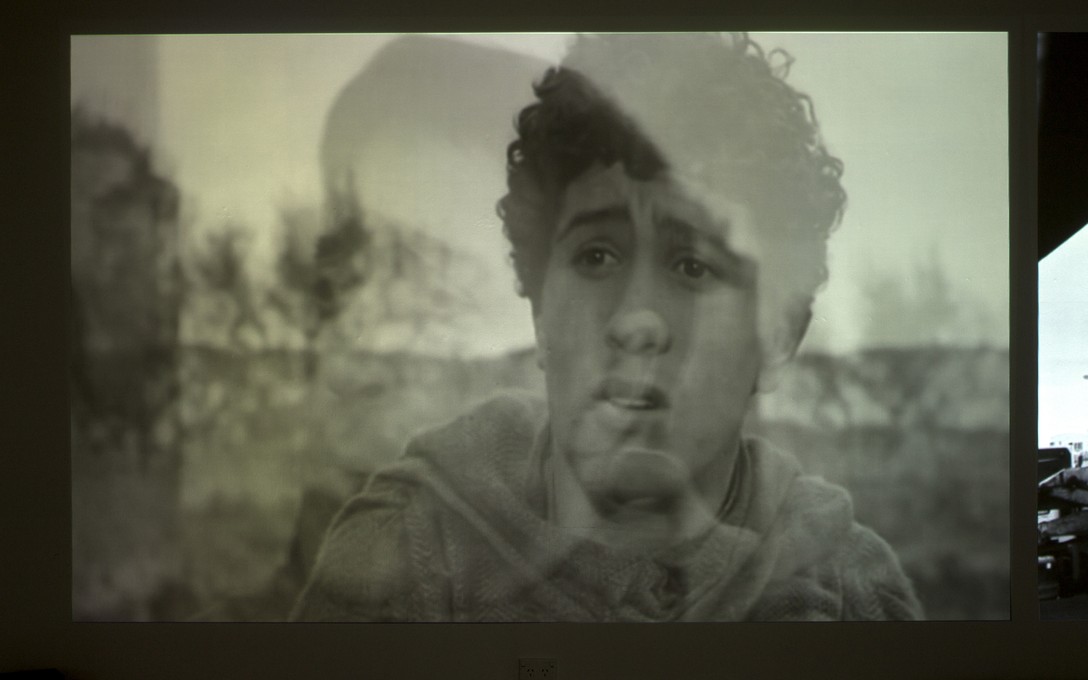 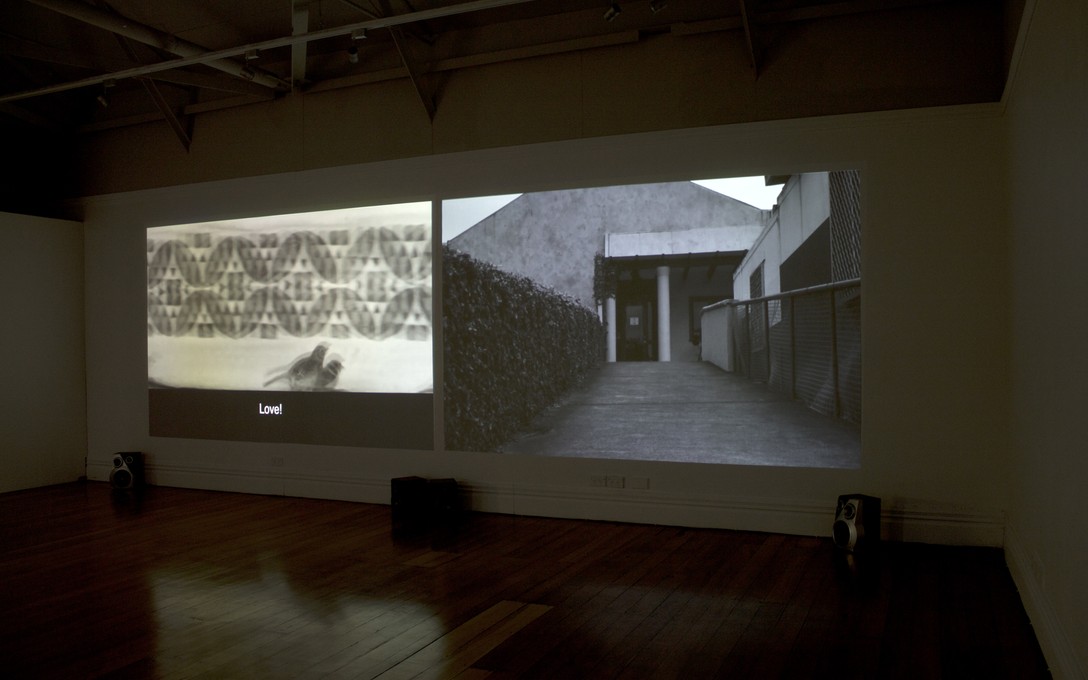 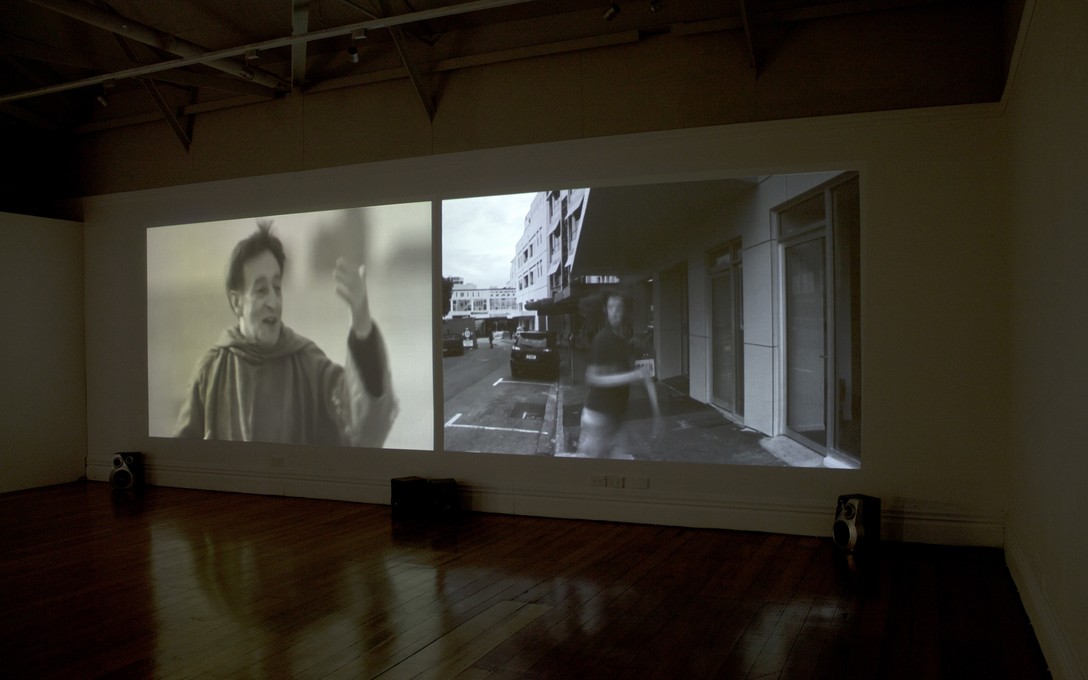 Special thanks to Murray Hewitt, Te Tuhi Centre for the Arts, Ann Shelton, The Dowse Art Museum, and the ACAVA Artist Residency, London.