Waiting for love in library aisles

I really wish talking to men didn’t make me want to die. At my loneliest, I’d imagine having romances with strangers I saw at the library or the video store—places where we’d have common interests. I would never talk to them though. I would wait for them to talk to me, which was probably a mistake.

I thought for sure there’d be someone out there for me—the idealistic dream of having “one” ultimate soulmate that you’re destined to be with—but this never ever panned out. Wildly unrealistic movies planted wildly unrealistic ideas into my young spongey mind. As a form of escapism, these thoughts have caused me a lot of stress and cost me a lot in medical bills.

I always thought my social anxiety and extreme shyness would just evaporate into thin air once I reached a certain age. I didn’t know exactly what that arbitrary age would be, but I assumed I would blossom without having to change a thing about myself. All of a sudden I would just become more competent or more attractive, or just something more. I thought that boys would come to appreciate my weirdness, because that’s the way it happened in films. They didn’t.

When I see a man that fits my prototype—dark hair, dark clothes, pained expression, a pretty low bar really—I feel this “thing” fill my lungs like a hot air balloon. (Endorphins?). I can picture it spreading like a disease; like spores clutching onto my organs and puffing up my chest. Love is like a drug. I think I might be doing drugs all wrong.

Sometimes, despite all evidence usually pointing to the contrary, I think someone is kind of attracted to me. Though I can’t tell if it’s because I’ve been staring at them for a prolonged period of time or if they’re organically staring at me. I usually find out when they don’t want to be around me or they don’t try to continue conversations I’ve initiated with them on Facebook messenger.

Hoping to find an equally awkward man in the world to be with you doesn’t work. Like yeah, sure, they’re awkward, but in the end I’ve found they still have pretty conventional tastes. I don’t think men think of me in a sexual way. Well, maybe sometimes they do, but they definitely do not think of me in a romantic way. There’s nothing I can do to change their minds, I’m sure. So now, I don’t try. I’ve given up on being loved. 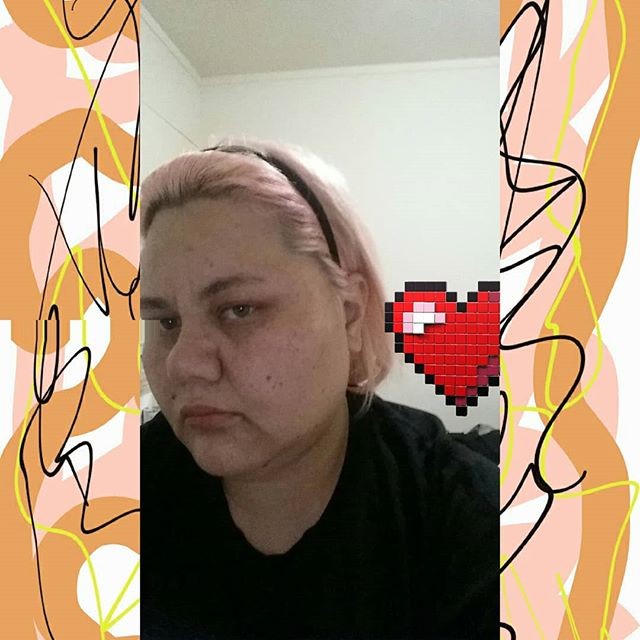 Do you ever feel as though you’ve failed at life because you haven’t reached certain milestones by certain ages? As if there is a cut-off period for “normal” experiences? I get anxious when people ask me about my first time, my first kiss, my first everything. I feel somewhat flattered when people assume I’ve had a normal healthy relationship with a man. Like I’m even capable of that.

My list of lovers is short, but I assume my time with them has caused me the same pain as others who have had a higher number of experiences than me. 1. The Narcissist; 2. The stranger who didn’t like blood; 3. The one who fucked up my cervix; 4. The one that snuck in through the window; 5. The alcoholic who liked to cuddle. I’m just disappointed that even with Tinder and all the technological advances in modern dating, my list is still so small. I feel like a failure. I don’t know how to date. I don’t know how to make dick appointments.

When I was about eleven years old, I had a crush on a boy named Isaac. He hit me in the boob with a tennis ball when we were playing four square. I pretended to cry and it made me happy that he seemed concerned. One afternoon I sat outside waiting for my Mum to pick me up and he sat next to me. He had a nervous energy. We didn’t speak. Just sat awkwardly close, still not speaking. Maybe something might have happened. Maybe he was going to ask me something. I left, scared that he might ask me something.

I try to be funny but men are like children to me, or dogs—they can smell weaknesses and fears. My weakness is that maybe I don’t have a personality. Can they tell? If I act vulnerable, will that shatter me? What if they catch me in the moment that I think I could be loved by them, and they’re just thinking how ridiculous that is. 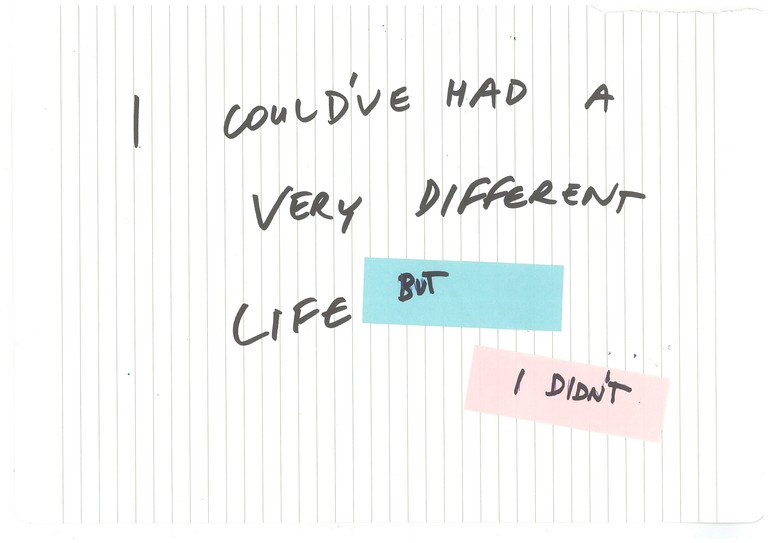 I remember once shaving off all the socially unacceptable body hair that I had, then lathering moisturiser upon every-fucking-inch of my body. I was so considerate. Then Guy #3 showed up from a long disgusting sweaty day at work. I wasn’t sure about whether or not I could ask him to take a shower, so I just went along with it.

The last time someone called me “weird” in a serious way, I was about twenty-five years old. I remember being thrown by it. Although I’d been called “weird” a thousand million times before, I hadn’t heard it in a while. I thought I had been “passing” as “normal”. I thought for a second that I had outgrown the label. Turns out it’s kind of accepted nowadays, encouraged even, so it worked out for the best. I have learned to live with my weirdness. 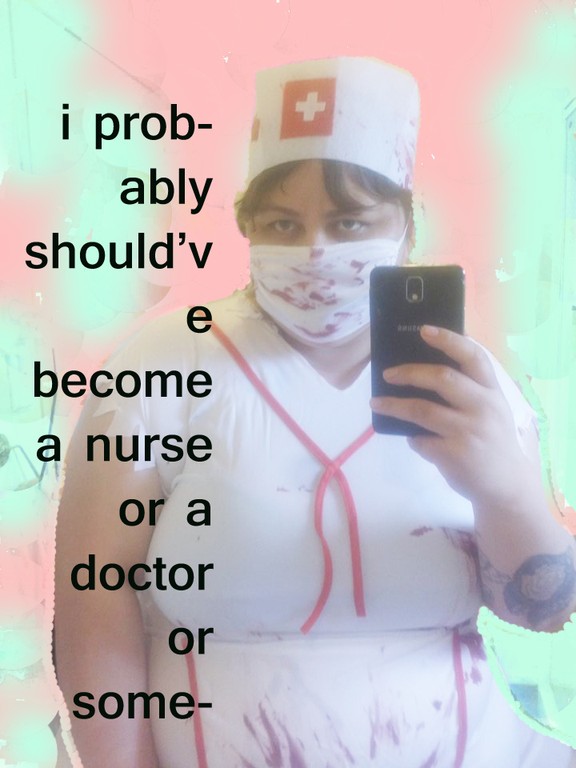 Do you think Amelie was inspired by the work of Sophie Calle? In The Address Book, 1983, Calle finds an address book and proceeds to contact everyone within said book in order to find out more about the person who owns it. In Suite Vénitienne,1980, she follows a man for twelve days. I have done similar things, though never for art.

Oh, to be a French woman. I was unemployed in Brisbane circa 2004 for about nine months, so I went to the local video store and the Redcliffe Library almost every other day to borrow books and DVDs. I borrowed French movies, at-home exercise and beginners language instructional DVDs, and art-house movies. I borrowed the book French Women Don’t Get Fat, 2004 by Mireille Guiliano, which talks about portion control and how French women know how to concentrate on eating their meal as an act of self-care. “À tout à l’heure Monsieur Jarre!”. This translates to “I’ll see you later Mr Jarre!”.

I watched a YouTube video the other day listing the reasons why people think Loki, from the Thor films, is attractive. Reason 1. Bad boy; Reason 2. Want to nurture him; Reason 3. Apparently not that attractive (I beg to differ, he is a like a wounded puppy). I do much prefer Tom Hiddleston with dark hair though. See Only Lovers Left Alive and Crimson Peak and tell me he doesn’t look babe’in as a goth. 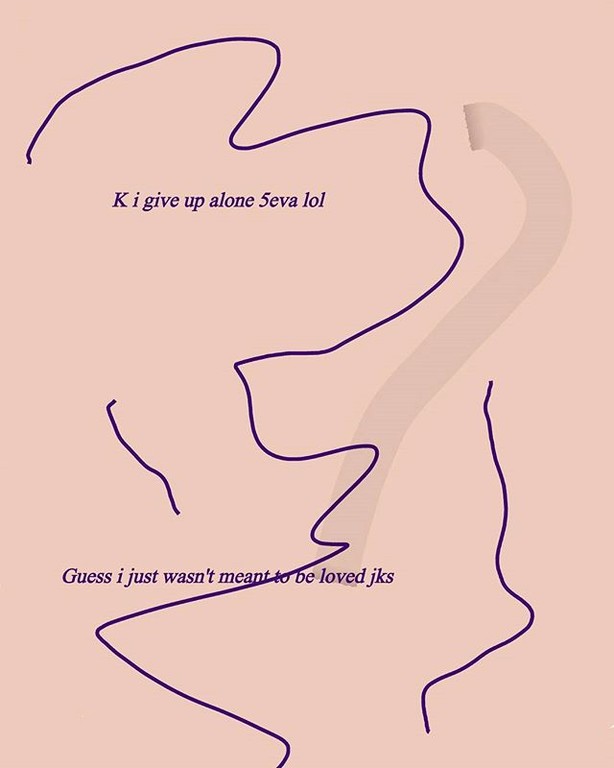 When I was growing up, I used to have this fantasy where I was asked to write a list of my favourite things on a whiteboard in front of my class. It was a punishment, something I could pretend to be annoyed by, when actually I wanted everyone to know everything about me, as though they’d be impressed by my interest in horror films. I guess I wanted to be noticed. Being forced to do this meant that I was permitted to be that egotistical. Or maybe people were just obligated to listen to me. It wasn’t sexually arousing, it was more like a performer dreaming about having a sell-out stadium concert. If there were things I didn’t want you to know, I wouldn’t tell you what they were.

Natasha Matila-Smith (Ngāti Kahungunu, Ngāti Hine) is an artist and writer based in Tāmaki Makaurau. Inspired by her mixed cultural heritage, she approaches heavy themes with a sense of satire and humour. Her recent bodies of work look at contemporary social interactions and anxieties through the digital landscape and installation. Her recent exhibitions include Heavenly Creatures, Verge Gallery, 2018 and In The Flesh, Blue Oyster Art Project Space, 2017. She has contributed to online and print publications such as Runway Australian Experimental Art (AU), Matters Aotearoa and Art New Zealand.