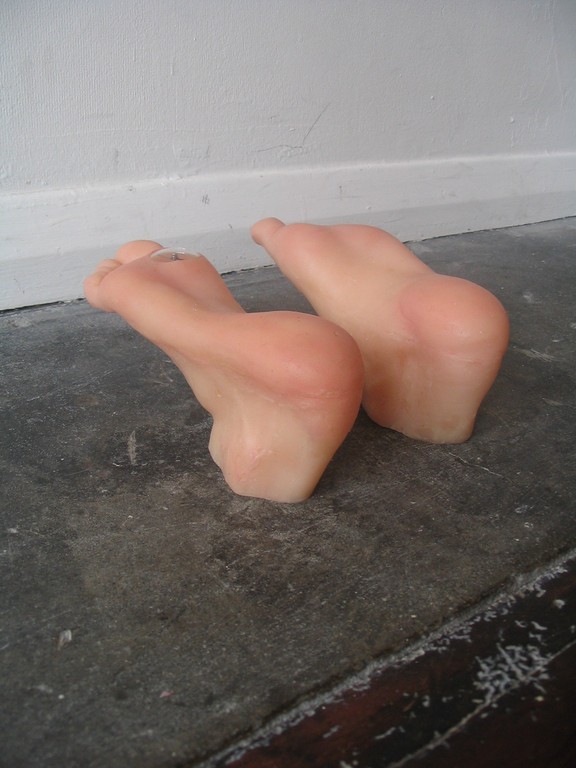 As a title, DRAWING at first seemed like a misnomer for this modest exhibition. Although the show included drawings, it predominantly comprised of three artist's discreet sculptural works. Each work had a quiet stillness and delicacy to it and a timeless quality brought out through the objects' skillful fashioning. Recent Ilam graduates Zina Swanson, James Oram and Clare Noonan had put together an exhibition which demonstrated the processes of attempting to pin-down and work through the multifarious ideas which floated around in their heads, as they have described happens in the act of drawing. But these are not notebook doodles; there was too much of an interest in order and structure and an aesthetic link between the works in their super-slick crafts-personship, even when the materials used were Op shop second hand. Perhaps the title makes the most sense when the many meanings of the verb are considered; as viewers we are asked to draw links between, conclusions from and meanings out of the works. This is further highlighted in the artists' decision to not give any indication of who the creator of each work was, thus instigating an audience guessing game of compare and contrast.

James Oram has created a net of men's ties, which lends a sinister tone to one corner of the gallery. Although physically knotted together the net was also unified by the repetition of dark maroons, browns and navy, colours which made me think of nineteen seventies civil servants (probably wearing walk-shorts and short sleeves too) and therefore had, in my mind, a rather depressing mundaneity to it. The lights of the gallery cast a bold shadow which solidified it as an object, as did the masculine power symbolism of the neck ties. It was strung up to appear almost like a drift-net wall or restrictive screen. Here in the gallery it was static. But this is a net, an item for use, to catch and tangle you in. It feels inevitable that you will be caught and if you're caught at sea you'll be drawn down to drown.

A separate but related work also by Oram was a pair of tennis rackets fashioned into the shape of heads and are hung face to face. The networking pun was continued here as the faces appear to be talking to each other, but whatever they're saying is probably, like the heads, empty. The net metaphor changes from the drift to the tennis variety when viewed in light of this work and therefore makes both works seem more light-hearted.

Clare Noonan displayed a beautifully crafted dark wooden viewfinder positioned to look out to the pine-lined green-belt of Mount Victoria. In one eye's view is a photography slide of the Christchurch property she grew up on and through the other you can see the Wellington view. This created a woozy optical effect as the two views almost, but didn't quite, line-up. While your brain tried to make sense of the scene, there was also a tension and sense of dislocation in not being able to see either view properly.

Noonan's other two works dealt with related ideas of home, identity and journey. There were two colour contact-sheets of images, documentation of a performance where she collected earth from the boundaries of her home farmland in Christchurch. A pair of painted wax feet, cast from her own, stick out from the floor beneath. The feet are incredibly life-like but for the torturous infliction of a compass inserted into the ball of one foot. This was furthered by their positioning on the ex-fireplace concrete slab embedded in the gallery's wooden floor, giving the appearance of a person who's been up-turned and set in concrete and conjures stories in my mind of Sicilian underworld justice. But somehow I don't think this is the path Noonan wanted to take us down.

Zina Swanson made three pseudo-scientific drawings in ink, tea and pencil with accompanying glass objects placed beside them. There seem to be botanical and zoological references but they also possess a fanciful delicacy. The sepia colour of the tea gives the drawings an aged authority; like neglected museum artifacts re-discovered in a dark and dusty trunk, water-damaged and faded they still meticulously document an imaginary scientist's experiments. A moth is contained in one glass vessel like a memento mori, another glass sphere is covered in dried lily petals giving it the appearance of a glass onion (however I doubt this is a reference to The Beatles.)

All the works in this show have stillness to them, objects which reference or suggest the potential of movement but are too quiet and contained to carry out their intended actions. DRAWING is a show which requires contemplation and time to absorb. 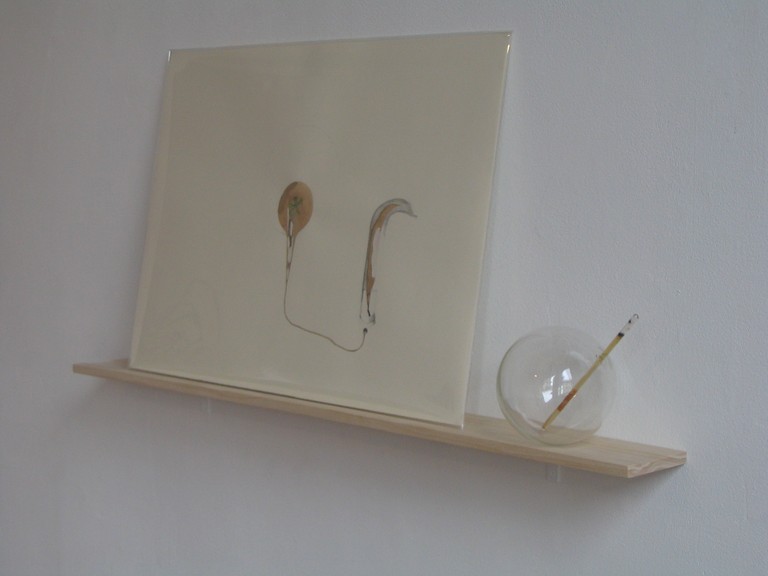 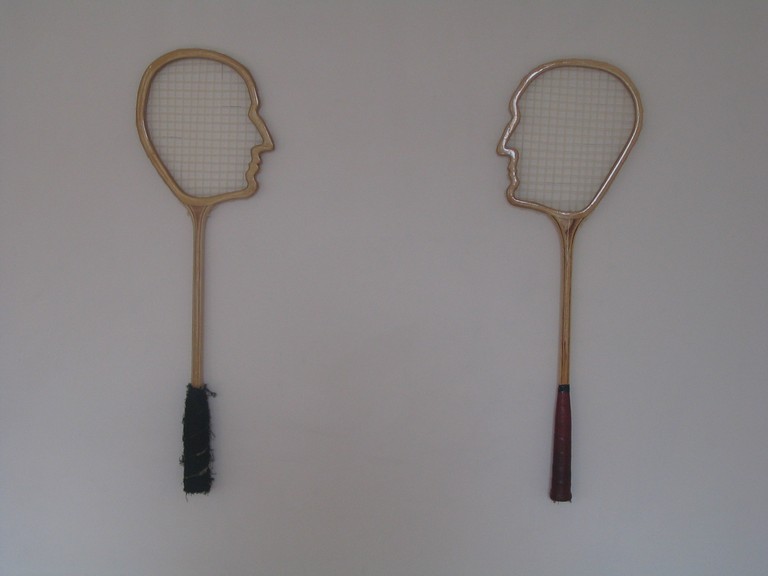 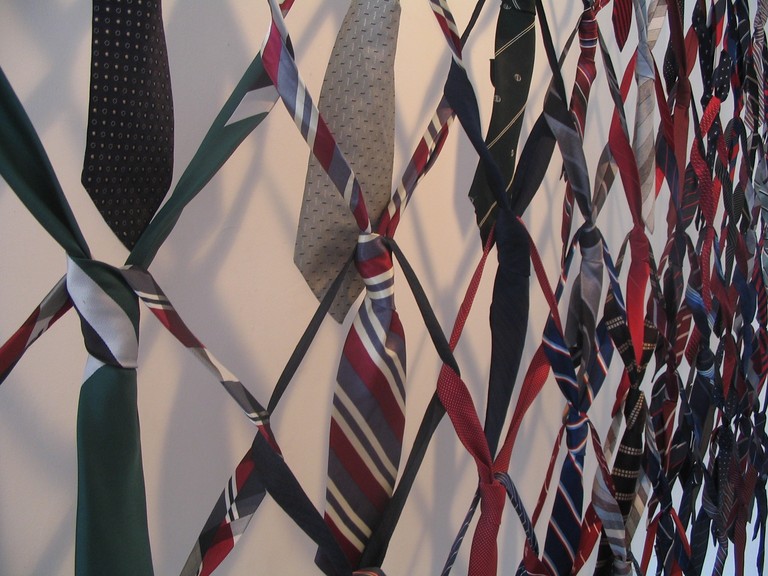