No need to be afraid 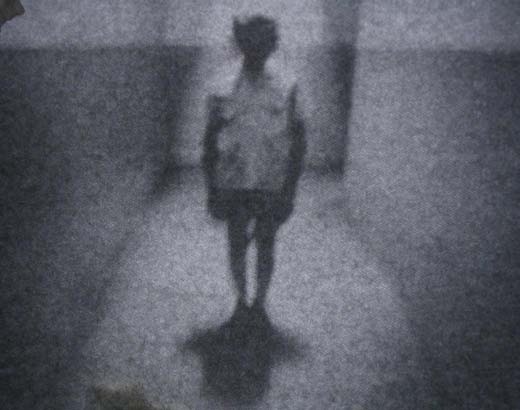 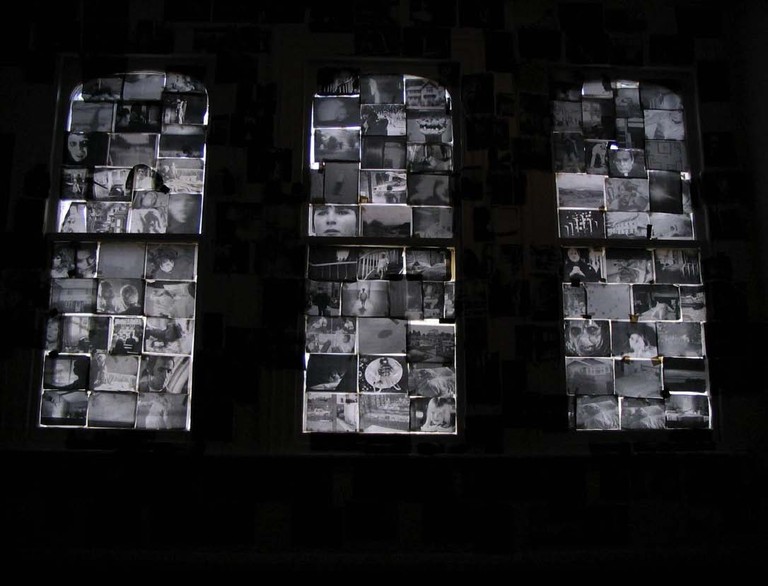 Perhaps one way to divide the world would be into people who believe in ghosts and those who don't. Charlotte Huddleston and Richard Lewer would claim to belong to the first category and their exhibition, while highlighting the desire to neatly categorise in this way, revels in avoiding being fitted neatly into one group or the other. We are left with an ambiguous smoky, floating grey world of shadows. In Between examined the divides of both physical and metaphysical distance, the way in which personal narrative develops and the 'Chinese whispers' nature of urban and family legend.

Telling ghost stories is often like trying to explain dreams. As soon as they're put into words they've already transformed into some other separate entity. I know that my own stories are progressively solidified, simplified and exaggerated from one telling to the next. I remember being at a school camp or slumber party telling ghost stories, but with added dramatic embellishment, of course, to keep my audience's attention. Invariably though, I'd find at the end of my story everyone was asleep and I was left awake scared of the very thing I'd created. If to the very person who owns the story it can be so malleable, so amorphous, what happens when it is passed into someone else's hands to be interpreted, tied down and fixed? While this may be the process the artists employed (interviewing subjects and then developing a script and accompanying animation based on this research) their own positions are not so clear in the end result.

The front windowed wall of the gallery was covered in psychotically obsessive layers of black and white photocopied images, stuck up with sticky tape in a make-shift fashion. The outside world broke through in dusty shafts of light. They had an almost spiritual sense to them, like God's fingers breaking through a gap in the dark clouds of a stormy sky.

There were several images recognisable from horror films (The Exorcist, The Omen, Nosferatu) as well as the artists' own photographs and pictures sourced from the Internet. This was contrasted with an austere office-like set-up at the other end of the gallery displaying the research undertaken during the project. Charlotte took on the 'Scully' investigator/researcher role in the collaboration and these were her X-files. Photocopied enlargements of maps and images filled the files which Charlotte called the ‘evidence of her research’, but perhaps not the evidence of the existence of ghosts. Photographed in a slightly removed topographical style, houses looked as if they were under surveillance from a stalker or psychopath. Gallery visitors were to be neither encouraged nor dissuaded from taking these files down from the boxes on the shelf and flicking through the many papers. The answers were all there, but you had to be curious to discover them.

In keeping with the division motif, Huddleston and Lewer's process of production was also influenced by the division of the Tasman Sea. As Richard was living in Melbourne at the time of creating the animated video-loop projection, he used ex-patriot Kiwis to do the 'voice-overs', thus adding another layer to the story's re-telling and questioning the need for its authenticity.
Lewer's style of animation has a humourous, faux-naiviety to it, particularly when compared to his effectively darker creepy catalogue 'Goodnight' produced in conjunction with an earlier show. Maybe it was the grating Kiwi accents of the female voice-overs, or the cutesy clay-mation horse which appears in one story, that prevents these stories from being truly sinister. The tone seems to vacillate between the comical and the ridiculous. But perhaps this is the point the artists want to make: if you accept the unknown as part of everyday life then there's no reason to be afraid.