What set her apart was her passivity. While she did vast amounts of internet research and daydreamed about receiving accolades from the Cryptozoological community, she never did anything to physically search for the beast or increase her chances of seeing it after that first sighting. That night it had separated itself from the shadow of one of the trees, strode quickly through the orchard toward the mountain, and turned to look over its shoulder at her. She only wondered and hoped that it would reappear in the orchard again. It was almost as if the beast was a deity from whom she hoped for a visitation.

The possibility of connection between Kohler and the beast remained a mystery. She was preoccupied with a validation of her sighting and this smothered the other stream of possibility in the story, the feeling that underlies one’s thoughts when reading about people to whom elusive quarry appears; that the beast would not appear to another person. If someone else had been in the orchard would she have seen it? There was an element of deliberateness to the creature’s appearance in her own domestic space. Such a creature would of course be able to keep itself hidden if it wanted to. The thought is that special things come to special people, and that no amount of contrivance can bear upon that reality: the creature was drawn to her. In some way she herself didn’t understand, she was a lure.

I thought about Kohler as Bridle’s station wagon wound through a steeply mountainous area that was still blackly silhouetted against a wispy pastel dawn. Here he was: one of the luminaries that Kohler had so dearly wanted to impress, busy on the other side of the earth taking his technology to the ineffable, setting up multiple lures in promising sites. This was a part of the country he hadn’t ventured into yet so the prospects were hard to gauge. It was a more substantial trip than he often took, pure wilderness not being a prerequisite for Mirrorical occurrence.

I was to be allowed to view the pool that we were driving to, but would need to make myself scarce over the intensive eight-hour observation camp at the pool that had become part of his Mirrorical search strategy. Bridle had, however, consented to my request to interview him during the hour’s drive to and from the destination. I switched on my Dictaphone and asked him what he understood by the word Cryptozoologist.

“It’s not really the title I’d choose, but I’m part of the community now whether I like it or not. There are so many kinds of Cryptozoologists around, it’s ceased to mean much, it’s like calling yourself an artist: it could mean anything.”

“Why did you choose this next location to visit? Is it intuition or are you guided by pre-gathered information?”

“All I really know ... is that the habitat of what I’m looking for is a certain kind of pool. Through map study, research and my own personal contacts I can find out where the pools are around the country. Once we arrive at the pool I find it’s a case of knowing it when you see it.”

We drove over a wide river, its surface unbroken. The sky was becoming a delicate pale blue. The bare bits of rock face between areas of green above us were beginning to be faintly visible, in fact, slowly everything around was beginning to glow with early morning light.

Bridle was surprisingly young; in his early twenties he had told me. He had stylishly unkempt blonde hair. Although his attire was practical enough - today he wore an old brown suede and knit jacket, stovepipe trousers over boots and a woollen herringbone hat – there was a kind of deliberateness about his dress that made me suspect him of being the type of person who considers even the simplest of daily decisions to be aesthetic in nature. I wondered what connection this could possibly have to his tireless search for the Mirrorical.

G. Bridle’s current operation had an almost fetishistic level of organisation. Parts of the dismantled feeder gleamed in the back of his station wagon with the recording equipment, chilly bin, and carry bag of books and files packed in snugly like a completed jigsaw puzzle.

“Which do you prefer best, the search or the capture?” I asked.

“The capture doesn’t exist in the time frame we normally work with. It’s not like a possum getting caught in a box, an action occurring in a moment. It’s very hard to identify the capture as we are dealing with something that comes in different forms and is not always immediately recognisable. That’s why I have so many devices of capture in operation at one time. I spread many nets ... in actual fact, the idea of capture is misleading, what I’m really aiming for is recognition.”

“Do you think you could try to explain what the Mirrorical is?”

“Well, there’s no way of knowing ... I mean, if I knew exactly what the Mirrorical was I wouldn’t be driving to find a pool in the bush today ... ”

“It’s almost like you have to name an area, to create space for the thing to be found in. It’s the kind of thing I know for moments and then lose grasp of. Trying to recall that prior certainty has the frustration of trying to remember a good idea you had during a dream. I know at least that I shouldn’t limit even the terms the Mirrorical could exist on. The Mirrorical could be an event but it could also be an entity. It could happen or it could be.” 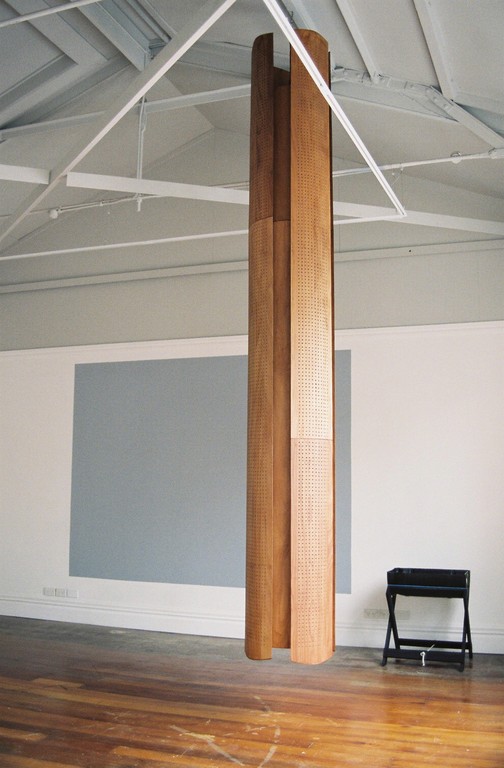 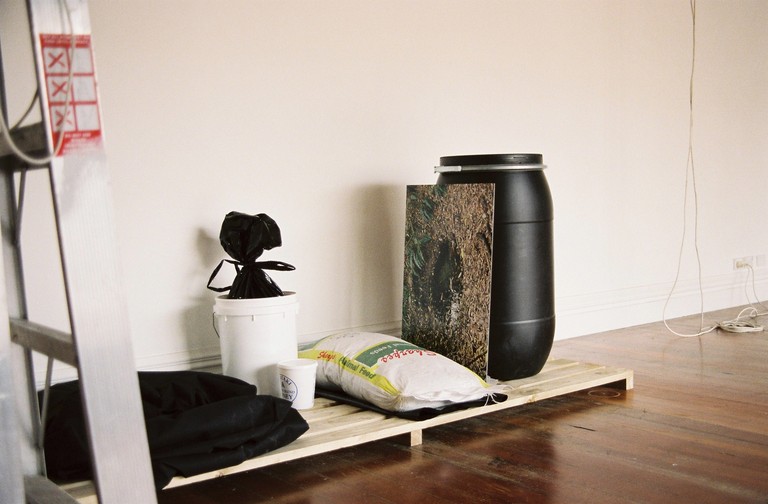 “Is it dependent on you for its existence?”

“I never used to think so but certain things of late have confused me.”

“What made you think that?”

“Well, because once or twice animals have come to the pond and behaved interestingly around the feeder. Unusual things have happened when the three things coincide. Just little things, like they repeat movements or forget to feed, but instead seem to be trying to look into the pool. Once it happened with just an ordinary domestic dog, other times hedgehogs, and once a heron. The problem is that recently nothing’s happened with animals. Just when I was starting to think I could really begin to put my evidence out and look for the patterns to pin down this phenomenon further the animals stopped coming. According to my tracking systems and night watches no animals have come near the feeder. It is demoralising. Recently I’ve started to think that actually monitoring the sites is leading me off track and that more might be gained from analysing photographs of the pools recorded, or even photos of pools sent by people that go to my website, or even ones that I’ve found in books.”

“What have you learnt from the photographs?”

“They seem to fall into different categories, and I’m not sure whether one is truer than the other, but the images seem to either be quite resonant – sort of conveying a hazy, slightly mystical atmosphere, while others appear to be quite Non-Auratic. Each of these seems to contain some visual information, though, my instruments tell me.”

“What are your instruments?”

“Well, some of them are actual instruments which measure incidences of energy etcetera, and others are built in to my own self ... ”

“You mean built in, as in naturally, or a piece of technology that has been embedded?”

“Are you sure you shouldn’t factor yourself into the equation? That you, as well as the feeder and the pool, somehow call the Mirrorical to the place?”

“I have considered that – that the luring mechanisms I’m putting into place are actually tailored to one specific entity and that I couldn’t set about luring any Mirrorical except this one.”

“I have read you quoted as saying that the Mirrorical is your spirit. Do you mean a spirit that you have a proprietorial relationship to, or the spirit you are, as in your essence or whatever, because how can you be walking around now without your spirit?”

“A spirit doesn’t have to be in one place or another. The answer to that isn’t clear yet, but these are the kind of things that can be discovered in the retreat.”

“The retreat always generates some kind of enlightenment. It’s a kind of meditative, concentrated atmosphere that’s very conducive.”
“So that is an entirely different project?”

“While this intervention we are about to make on a specific location is my most current investigation, the retreat has been a part of my work for a long time. It is a process that underlies the other projects in a way.”

“Because they do the same thing, but internally or without the aid of props or equipment. But what happens is therefore hard to detect so I devise the interim projects, such as the Mirrorical feeder, to enact the interaction with the spirit in a more tangible way. Because it’s all so hard to understand, sometimes it’s a relief to position yourself physically apart from the experiment – to be able to set up a situation, document it, and study the documentation later.”

“Is there something you can see in these photos that the viewers might not be able to?”

“The variations are all visible. It’s just a matter of having the training to interpret subtle molecular signals – what some people refer to as aura ...” Bridle trailed off.

By this stage daylight was coldly illuminating the landscape of piney grandeur and the novice and the Cryptozoologist turned off onto the gravel road, which would lead them to the pool. 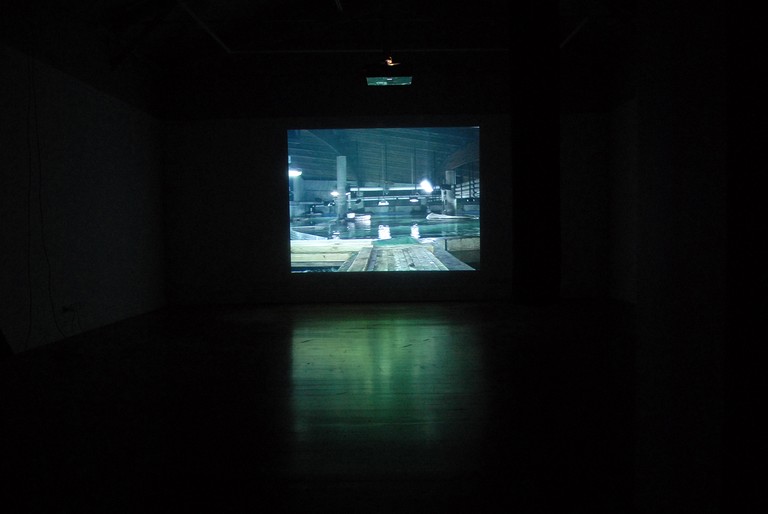